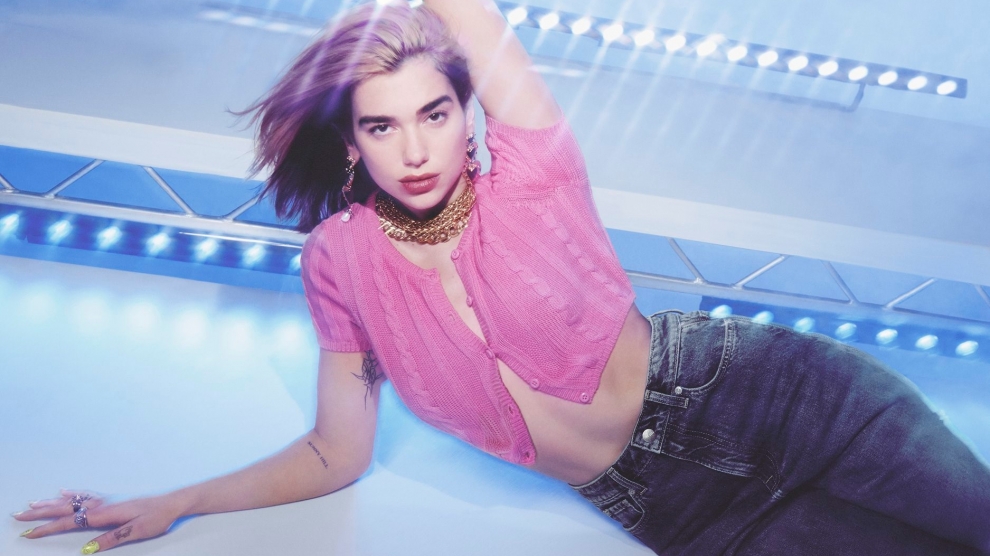 It should have been a week of celebration for Dua Lipa, the London-born pop star of Kosovo-Albanian parents. Her latest, critically acclaimed album, Future Nostalgia, was on Thursday nominated for 2020’s Mercury Prize, arguably the most prestigious award in British pop. Stormzy, Laura Marling and Michael Kiwanuka are among the other artists competing for the coveted prize.

“I never really thought this would ever happen to me,” said Lipa after the nominations were announced. “Maybe I just didn’t think I was cool enough.”

Lipa, a vocal advocate of women’s rights – she recently said that she wants to work with more female producers in the future, claiming that all-male studio environments can be “intimidating” for younger acts – will no doubt be delighted that more female artists than ever have been nominated this year, with five solo women and three bands featuring women across the 12 nominees.

There had also been good news for Lipa the previous day, when Spotify announced she had become the first female artist to have four songs – New Rules, One Kiss, IDGAF, and Don’t Start Now – rack up over one billion streams on its music streaming service.

However, Lipa’s week has been less about her music and more about the fierce online debate she kicked off last weekend after she posted an image associated with Albanian nationalism on her Twitter and Instagram accounts.

Taking to social media on July 19, the star – who has over 49 million followers on Instagram – shared an image of a map, made up of a collection of countries, including Albania and Kosovo, as well as parts of North Macedonia, Serbia, and Bosnia and Herzegovina, which insinuates that Albanians have “indigenous” claims to the region.

Lipa shared a map outline which had been filled in with the colours of the Albanian flag, and double-headed Albanian eagle. Her accompanying text read:  “au•toch•tho•nous adjective (of an inhabitant of a place) indigenous rather than descended from migrants or colonists.”

The image is often associated with supporters of Albanian nationalism who believe nearby regions, including Kosovo, should be included within Albania.

The image has caused controversy before: it sparked violence at a football match between Albania and Serbia in 2014, when a drone carrying the flag appeared above a stadium in the Serbian capital Belgrade. The resulting pitch invasion led to the match being abandoned.

Lipa’s tweet urged people to sign a change.org petition that would call on tech giant Apple to display Kosovo as an independent country on its Apple Maps app. Created by a 20-year-old UK-based Albanian software developer about a week ago, the petition has so far been signed by almost 150,000 people.

Another Kosovo-Albanian music star, Rita Ora, also tweeted in support of the country appearing on Apple Maps, but in a rather less controversial way.

She wrote: “Would love to see @Apple spreading awareness by putting Kosovo on the map! Albania and Kosovo are full of so much beautiful and great talent.”

Would love to see @Apple spreading awareness by putting Kosovo on the map! Albania and Kosovo are full of so much beautiful and great talent. Spreading Love, Peace and Unity today with @BebeRexha @DUALIPA @strefie @Dafina_Zeqiri @AvaMax and soooo many others ???? pic.twitter.com/7FP7pkst8I

Balkan expert Florian Bieber called Lipa’s post “stupid nationalism,” claiming that the map “represents the same kind of exclusionary and also aggressive nationalism as any other.”

“The map also suggests some territory to which Albanians are ‘autochthonous’ and thus have ownership, but others live on the same territory, Serbs, Montenegrins, Greeks, Bosniaks, Macedonians. They all can claim to be equally autochthonous. It also suggests that migrants should be excluded or less worthy. Hardly a message for anybody who, like herself, represents the ability for the child of migrants to succeed,” added Bieber.

Some online users accused Lipa of being a “fascist”, and began using the hashtag #CancelDuaLipa.

US-based organisation Team Albanians defended the artist, however, saying she was “debunking the dangerous far-right claims that Albanians are not indigenous people in the Balkans”.

Lipa herself has insisted she was misunderstood.

In a follow-up post on Tuesday evening, she said she had been “wilfully misinterpreted by some groups and individuals who promote ethnic separatism, something I completely reject”.

She said whenever she posts about Kosovo her “feed goes crazy” regardless of what she says, and is met with “fierce resistance to the idea of an authentic Kosovan culture”.

She added: “We all deserve to be proud of our ethnicity and where we are from. I simply want my country to be represented on a map and to be able to speak with pride and joy about my Albanian roots and my mother country.

“I encourage everyone to embrace their heritage and to listen and learn from each other.

“Peace, love and respect to all.”

Lipa’s posts come only a few days after EU-mediated Kosovo-Serbia talks, aimed at normalising relations between the two countries, resumed in Brussels after a two-year hiatus.

Kosovo declared independence from Serbia in 2008 and is recognised by the US and most European governments, but not by Serbia and its main allies, including Russia.

Albanian nationalists claim their people settled in the region long before the Serbs, but most Serbs reject this.