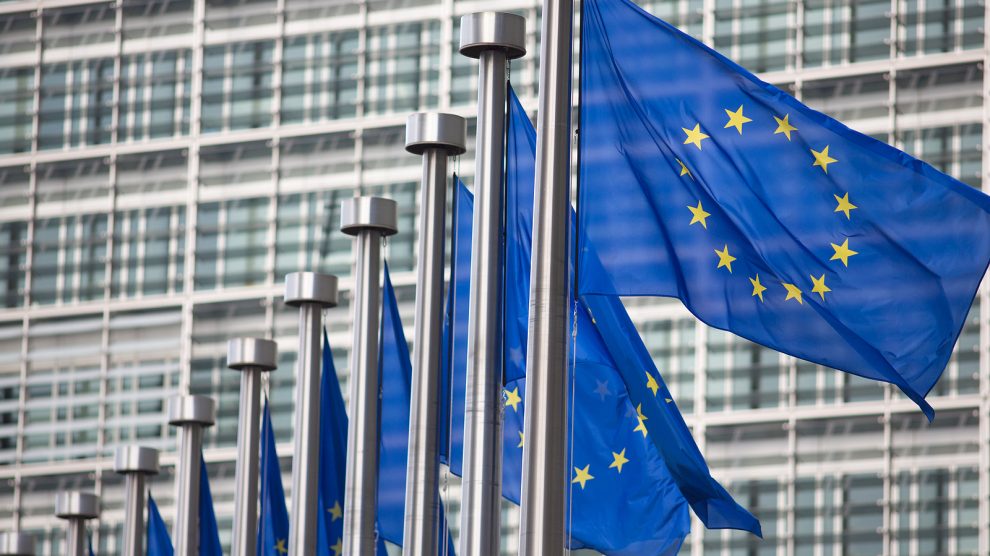 A plethora of applications to join the EU, filed last week in the emotion of Russia’s invasion of Ukraine, have been welcomed in Brussels. Candidate status for the applicants is a possibility, but full membership will likely be many years away.

Has the European Union ever been so popular? Three countries last week formally submitted applications to join the bloc – Ukraine on Monday, then Georgia and Moldova on Thursday.

Ukraine has requested the EU grant it membership immediately under a special fast-track procedure as it defends itself from invasion by Russia.

The country’s president, Volodymyr Zelensky, said that Ukraine’s goal is to be with all Europeans.

The idea of fast-track EU membership for Ukraine did not appear out of thin air. It was first mooted last month, shortly after Russia began its latest invasion of the country, by the Polish prime minister, Andrzej Duda.

“Poland supports an express path for Ukraine’s membership of the EU,” Duda said. “Candidate status should be granted immediately and accession negotiations initiated at once after that. Ukraine should also have access to EU funds for reconstruction.”

In a symbolic motion, the European Parliament – with the support of all mainstream parties and political groups – voted on March 1 to support granting candidate status to Ukraine.

Nine EU members have so far called for Ukraine to be given candidate status immediately, but some, led by Germany and the Netherlands, reportedly first want the European Commission to deliver its opinion on Ukraine’s readiness for the membership process before taking a political decision.

On March 6, Commission President Ursula von der Leyen declined to say whether and when Ukraine would be given European Union membership, noting in an interview with CNN that while the Ukrainian people “belong in the European family”, such things “take time”.

Asked when the earliest possible date for accession would be, she said, “this is hard. Reforms have to be made, processes have to be set up.”

Georgia and Moldova do not want to miss out

The subsequent applications from Georgia and Moldova – both of which have large portions of territory occupied by Russia – can be viewed as natural progressions: if special rules are about to be applied to Ukraine, if a fast-track to membership is about to become a real option, they do not want to miss out.

Irakli Kobakhidze, the leader of Georgia’s ruling Georgia Dream party, called on the EU to review the country’s application in “an urgent manner, based on the overall political context and the new reality”.

Georgia’s EU integration would put the country “on a path which will lead our country to a qualitative increase in our population’s wellbeing, security, and to de-occupation,” he added.

Moldova’s President Maia Sandu was equally adamant that the country’s application should be made a priority in Brussels.

“We want to live in peace, prosperity, be part of the free world,” she said. “While some decisions take time, others must be made quickly and decisively, and taking advantage of the opportunities that come with a changing world.”

All three countries – Ukraine, Georgia, and Moldova – already have association agreements with the EU, which aim to align their economies in areas such as workers’ rights, and deepen political ties. All three are also part of the bloc’s Eastern Partnership and European Neighbourhood Policy.

But the reality – as unpalatable as it may be in Kyiv, Tbilisi, and Chișinău – is that full membership is unlikely anytime soon. There is currently no such thing as a fast-track to EU membership, and it could take years for Brussels, whose bureaucracy is notoriously unwieldy, to create one, even if it has the political will to do so.

Croatia was the last country to join the EU, in 2013, and although its economy, political system and judiciary were far more aligned with Brussels when it began accession negotiations, the process still took 10 years.

Then there are the other countries whose membership bids are currently pending — Albania, Montenegro, North Macedonia, Serbia — which could potentially be resentful if other applications get fast-tracked.

Indeed, Albania and North Macedonia, while recognised as candidates, have yet to even begin accession talks.

With full EU membership therefore likely to be many years away, the best that Ukraine, Georgia, and Moldova can hope for is to be accepted as candidates. This would be a welcome sign of intent on the part of Brussels.

As the historian Timothy Garton-Ash wrote this weekend, “the protracted and demanding accession process would give a framework in which Ukrainians could continue their peacetime work to build a strong, prosperous European democracy – and one to which the millions of Ukrainian refugees now fleeing westward would wish to return. Otherwise, [Vladimir] Putin will erect a new iron curtain and Ukraine will be behind it.”

As would Georgia and Moldova, he might have added.

The granting of applicant status usually takes a minimum of 18 months from the moment that an application is filed. We can hope that might be shortened given the current geopolitical situation.

But, at the risk of being the bearer of bad news, that is the best Ukraine, Georgia, and Moldova can hope for.