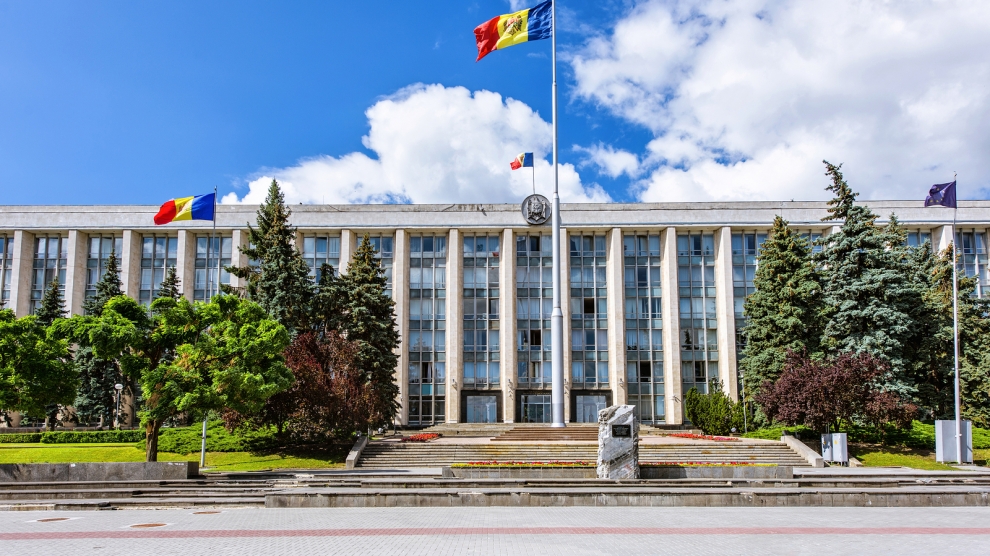 Moldova was the poster-child of the Eastern Partnership during 2013-14. Since them, much time has passed and the mesmerising attraction of its political class has almost vanished amidst a serious decline in governance. Corruption scandals and the as yet unresolved theft of 1 billion US dollars from the banking system have shattered the stability of the pro-EU coalition, allowing the Democratic Party to assume almost all power. In July 2015, the EU decided to freeze budgetary support and postpone other benefits to Moldova, until the government took appropriate action. It took two years of labourious work to restore bilateral support from the EU and regain at least some basic pillars for political dialogue.

When the European Council decided to renew financial aid to Moldova, in 2016, it resorted to a stronger conditionality utensil, enshrined into the European Council Statement of February 15, 2016, and, later on, reiterated into other decisions taken by EU bodies (in July 2017 and November 2017) on macrofinancial assistance. Three years later, the EU has again decided to suspend its financial support to Moldova, based on clear evidence of violating political conditionality criteria. This time, the Moldovan government has been criticised for the breach of fundamental principles of democratic governance, following the invalidation of the results of the latest elections in Chisinau by three courts: the primary, appeal and supreme court of justice. The elections were won by the candidate of the opposition parties (DA and PAS), Andrei Năstase, known for his outspoken accusations against affluent oligarchs, and whose victory in democratic and free elections might have appeared to be a difficult pill to swallow.

Local elections were held in Moldova over two rounds on May 20 and June 3, resulting in the victory of Mr Năstase, who took 52.57 per cent of the vote. One week later, a lower court invalidated the results, based on the claim that both candidates had used social media to call on voters to turn out on election day, and that this amounted to ‘illegal campaigning’ (labeled as ‘electoral agitation’). Two days later, the Court of Appeal confirmed the decision of the lower court, and afterwards, the Supreme Court of Justice closed the circle by applying the same ruling as the Appeal Court. Both decisions raised a storm of criticism from civil society and opposition parties, who accused the ruling Democratic Party of influencing the judiciary and of being behind a deal on the latest decision. Some parties and think tanks called on the EU ‘to go beyond rhetoric’ and adopt stronger actions, forcing the government to retrace its steps, or correct the erroneous decision of the courts, which clearly was at odds with the principles of political pluralism. Opposition parties called for rallies to protest the biased decisions of the court system, and thousands of people took to the streets over the following days.

On July 4, the EU Delegation to Moldova announced that the EU was suspending payment of the first instalment of macro-financial support (100 million euros), while the next day, on July 5, the European Parliament voted a Resolution on the political crisis in Moldova, following the invalidation of the mayoral elections in Chișinău (2018/2783(RSP)).

The resolution was adopted with 343 votes in favour, or 60 per cent of all (538) votes, with only 6 per cent rejecting it. The largest political force behind the adopted version was the European Peoples’ Party (EPP), whose political adversaries (Socialists) could assemble only 35 votes against and 160 abstentions. The resolution harshly criticised the invalidation of municipal elections, calling on the Moldovan authorities “to respect the will of voters and reform the judiciary system in order to prevent the situation from escalating further.” It also mentioned the change in election law in 2017 (made by the Democrats in opposition to the recommendations of the Venice Commission), and that there had been an alarming deterioration of media freedoms, stagnating reforms on anti-corruption, backed by a series of EU evaluation reports. The document also contains criticisms of other decisions and actions taken by the Moldovan authorities, such as the modification of electoral legislation, little progress on the investigation of theft of the billions from the banking system and much else.

According to the adopted resolution, any decision on future payments should be made only after parliamentary elections have been held in accordance with international standards. Prominent EU politicians see the invalidation of the results as a rather dangerous precedent for upcoming elections (end of 2018), which may ‘divert Moldova from the path of adhering to EU values and principles.’ Earlier, the EU’s High Representative Frederica Mogherini and EU Commissioner Johannes Hahn stated that “non-transparent invalidation of the mayoral elections in Chisinau, confirmed by Moldova’s Supreme Court on June 25, ‘deprives the people of Chisinau of their democratically elected mayor’; and ‘undermines trust in the state institutions, while nobody asked for the annulling of elections.’” Both commissioners said that the EU expects the Moldovan authorities “to guarantee judicial independence in line with its international commitments, as one of the key principles of the rule of law, a crucial element of democracy,” and called on them to “take all appropriate measures to ensure election results.”

“Respect for democratic values and the rule of law are also at the heart of the European Union’s relations with the Republic of Moldova, as our Association Agreement testifies,” stated Mrs Mogherini.

The buzz of irritation

Nevertheless, the European Parliament’s resolution raised a buzz of irritation in Chisinau. Some officials of the ruling DP called it ‘disrespectful’, ‘politically motivated’, a ‘premature start to the election campaign’, and somehow inspired by opposition parties, who happened to be in Strasbourg when the votes were cast in the European Parliament, which indicates in their view that the resolution has “clearly offered support to the non-parliamentary political parties and their leaders.” While claiming that “the EP resolution will not have economic and financial effects, the Democrats accused the European Parliament of attempting to leverage macro-economic financing to repeal a judiciary court, at the costs of affecting citizens of Moldova. Showing staunch opposition to EP criticism, Moldovan Prime Minister Pavel Filip accused MPs of ‘lacking objectivity’ and ‘punishing the population’, implying that the EU funding was meant to ‘feed children in kindergartens and schools’, and perhaps, increasing teachers’ wages, and that by undercutting financial assistance, the EU does not observe its contractual commitments, as stipulated in the Association Agreement between the EU and the Republic of Moldova.

Statements made by the government on the resolution leave no room for equivocation. The Democrats claim that the EU is using the first tranche of the macro-financial assistance to Moldova as an instrument to ‘interfere in domestic affairs’, close to questioning the asymmetric nature of the EU-Moldova partnership, under which Moldova receives EU support, based on indicators of accomplished results. Claiming that the resolution ‘was adopted by the EPP’ as a sort of ‘family business’, is also questioning the essence of the parliamentary work in the EU, which collected votes from the ECR, GUE/NGL, EFDD and even the Greens. Denying the EP consensus on the popular vote as a fundamental pillar of representative democracy could be a risky endeavour to political entrepreneurs in Moldova and clearly delusional for a government that faces budgetary shortages. It also juxtaposes the EU’s inconclusive reforms in the judiciary with the programme of assistance conducted with the support of the IMF and World Bank, inducing a false narrative that the problems are related not to results or the goodwill of the government, but on the evaluation criteria used by EU. Rallied by their leader, billionaire Vladimir Plahatniuc, several state officials have denied in firm terms their own responsibility for the failed reforms of the judiciary, blaming instead unidentified EU consultants and, of course, civil society.

One shall remind them however that when the EU realised that judiciary reforms were not moving in any other direction, it decided to terminate budgetary support in 2017, which prompted even some of the former ministers of justice to recognise at the beginning of 2018 that the reforms had totally failed. The resolution of the EP on Moldova (2018/2783(RSP)) taken on July 5 coincides with the fourth anniversary of the signing of the Association Agreement and DCFTA for Moldova with the EU. While the mavericks of the Democratic Party play tough messages for a domestic audience on the biased criticism and undeserved punishment, they seem weak and feeble in external communication. It seems hardly feasible to convince the EU to get rid of its political conditionality, and follow the IMF/WB corporate governance model of granting loans to its clients. It seems also implausible to tell citizens of Moldova that the EU is responsible for the lack of judiciary reforms, for corruption, mismanagement of for various failures to meet minimum standards of decent life in healthcare, education or other public sector areas of responsibility. The Democrats cannot ignore the large potential of the opposition to mobilise those voters, who have not yet fully decided on their sympathies.

Showing resolve to fight back against EP criticism, the Democrats lack clear routes to alternatives to the EU, and therefore they can only reveal their sharp disagreements, combined with renewed pledges to continue implementation of the Association Agreement agenda. PM.Filip warned the EU that, “those who voted the resolution must be aware of the risks it involves, including a possible drop in citizens’ trust in the EU.” This risk of unleashing confusion about the country’s true intentions towards the EU set forth a new stage in using the domestic media monopolies of the Democratic Party leaders to conduct their informational war against the EU in the nearest future. This sort of ambiguous discourse reveals a newly discovered appetite among the Democrats to use a vocal anti-EU message in the upcoming elections, and convey it as a political trademark to join forces with the pro-Kremlin Socialist Party. To avoid residual costs, the EU will keep away from the political bickering in Moldova, but it must be very clear when politicians will resort to fake news or propaganda. Forthcoming elections will turn into a playground of populistic leaders, anti-EU tirades, combined with outstanding use of unreported administrative resources and weakening rule of law regulatory bodies.