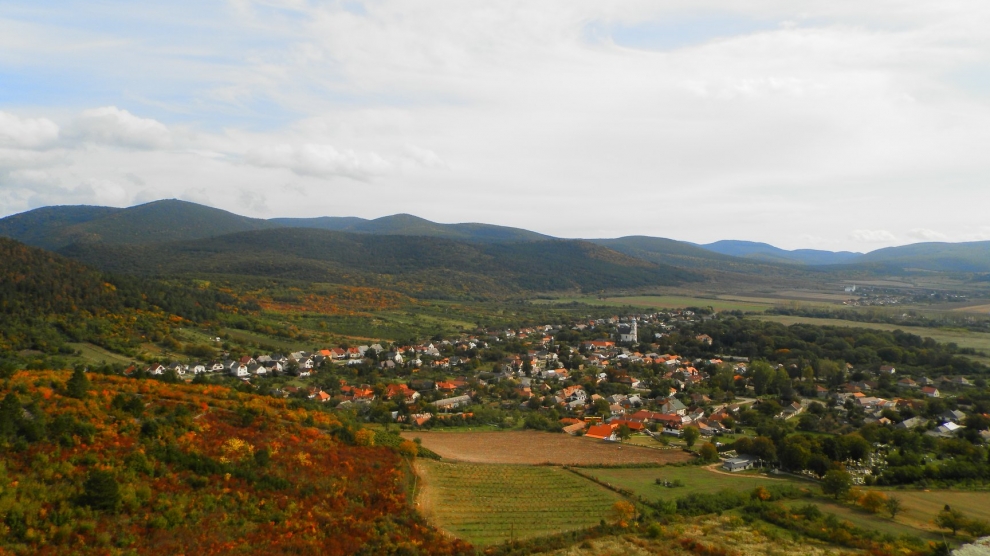 Tokaj is probably the best-known of all Hungary’s, primarily for its wine, which has a history dating back over a thousand years.

On my way to the town which shares the region’s name, around 230 kilometres from Budapest, the landscape I see out the window is stunning: green rolling hills, lines of trees, vineyards as far as the eye can see. All framed by beautiful and varied autumnal palettes.

Every now and then there is a synagogue, a Jewish cemetery and even road signs in Hebrew. A place where stories of winemakers blend with those of famous Rabbis, deportations and modern integration.

The town of Tokay itself is something of a ghost city. Everything is on sale: hotels, wine cellars, houses, shops. Time stopped 15 years ago, and the silence of a Sunday morning is broken only by a church bell. The people I met remembered the old days when the town was crowded and loud music could be heard coming from clubs. It is sad, indeed, to see it so deserted, especially considering this is the harvest, high season.

Everybody is aware of Tokaj wine and its unique sweetness, and that this beautiful taste is provided by the ugliest and most shrunken grapes, those that we would otherwise throw away if judging them by how they look (yes, that’s what I did during the only harvest I took part in).

No scissors are allowed for the Tokaj’s harvest, no modern machines. Each grape has to be collected by hand. Add a little bit of sugar (well, more than a little bit) and that’s how the Tokaj is made. Sweeter than Coke, but surely healthier.

Other than wine, this particular area of Hungary is also a popular pilgrimage destination for Jews from all over the world. Maybe this is the poorest region I have seen in Hungary. But it doesn’t matter how small or how poor the village is, there is always a synagogue, a famous Rabbi’s house or an ancient cemetery. The one in the little village of Olaszliszka has tombs that date back to the 17th century. And the Rabbiház (Rabbi’s house) in Bodrogkeresztúr attracts 10,000 pilgrims every year for a particular day of celebrations.

A few kilometres from Tokaj, there is the little town of Mád, originally the home of a huge community of Jews. Only a dozen of them survived the Holocaust and today, the Jewish community doesn’t exist anymore. But the beautiful synagogue is still there. Built in 1795, the baroque structure sits between a Catholic Church and a Reformed Church, evidence of these sizeable communities’ peaceful coexistence in that period.

But Mád also rang another bell in my head. A colourful Hungarian expression says: I am where the Jew of Mád is. The tour guide helped me discover the origin of this saying.

According to legend, Mád’s coachman was a Jew trusted by everybody. On a late November or early December day his clients gave him an important task. So he pocketed his favourite pipe and began his trip. He trusted his horse very much, as his four-legged companion always knew where to go. So after a while, the coachman fell asleep. But his cart caught the attention of some young kids who wanted to play a trick on the coachman: they turned the cart into the opposite direction and the man arrived back at Mád. People were surprised the coachman returned so quickly and he was even more surprised when he had to face his angry wife and the town folk. Still today, if somebody works in vain, the saying goes: I am where the Jew of Mád is.

There are many versions of this story. I like to think that the coachman had simply drunk too much sweet Tokaj wine.