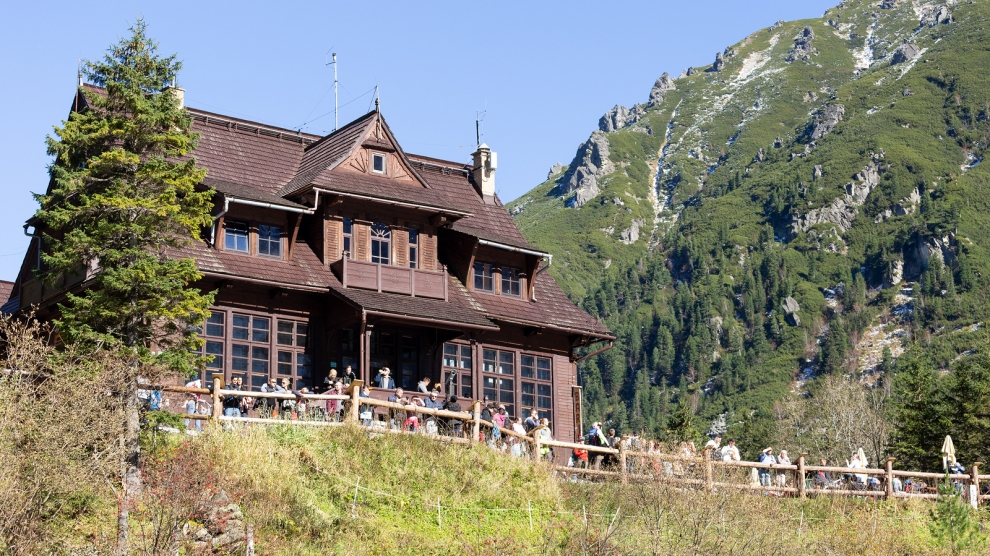 The centre of the southern Polish town of Zakopane appears to have come straight from a fairytale. It doesn’t even seem to be in Poland at all, as all the wooden houses, the colourful geraniums on the balconies and the festively lit shops on the main street are more reminiscent of a hidden village in the Swiss Alps.

There are mountains, as Zakopane is found in the middle of the Tatra National Park, a 212-sq km protected area boasting enormous biodiversity. With the highest peak in Poland located here, the Rysy (2500 m), 650 caves and several water streams, it is a wonderful destination to spend a relaxing weekend. If you are not travelling with a dog.

Three weeks after having adopted a dog I decided to take a short holiday to admire the beauty of the Tatra Mountains, sure that it would also be great for my new four-legged friend, after months spent in a dog shelter. Unfortunately, it is forbidden to bring dogs or any other animal inside the Tatra National Park. At least on the Polish side.

Thankfully, Zakopane itself offers many things to do. Walking on the main street you can find products from all over the region, like jewellery and flowered, patterned skirts. But I was attracted by one thing only: the Oscypek, the strangest-looking cheese I have ever seen. Oscypek is a golden smoked cheese made of salted sheep milk and carved in decorative shapes. It is an old tradition, as the first mention of cheese production in the Tatra Mountains dates back to the 15th century, in a document from the village of Ochotnica in 1416.

According to a 2008 EU regulation, Oscypek needs to be made from at least 60 per cent sheep’s milk, and must weigh between 600 and 800 g and measure between 17 and 23 cm. It can only be produced between late April and early October, when the sheep are fed on fresh mountain grass. It is very difficult to find an authentic version of this tasty cheese.

But I didn’t give up. Not far away from Zakopane there is a valley called Chocholowska, one of the most beautiful trails in the Tatra Mountains very well-known because of the visit of Pope John Paul II. A sign at the entrance said that children and dogs were allowed. The car park was the classic touristic spot with markets selling food and souvenirs.

Beyond them the trail started and hidden in the forests there were some nice houses, with fragrant smoke coming from the chimneys. I started walking towards one of the houses, with my instinct guiding me. An old lady was making cheese. She was probably older than the place itself, with no teeth and an embroidered headscarf. She didn’t speak English but she showed me the sheep happily grazing behind the house. The cheese she sold was expensive but worth it. That taste brought me back to when I was a kid, and my parents and I were eating homemade cheese in the Alps. As I always say: we do not simply eat food, we eat memories. And Oscypek is my memory of Zakopane.