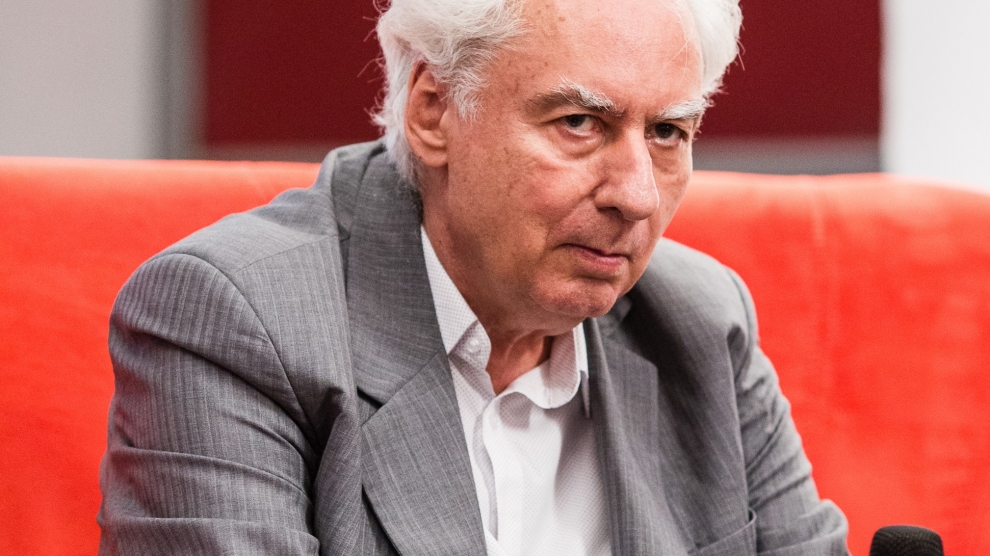 At the very moment I read earlier this week that Romanian historian and author Lucian Boia had been awarded the Order of Merit by Hungary’s president János Áder for his lifelong and ongoing contribution to regional history, I knew that there would be an angry reaction amongst Romanian nationalists.

Boia has for years been one of few historians brave enough to re-examine the origins of both Romania and the Romanians, as well as take a fresh look at the country’s more recent past. He has done so with great forthrightness and not a little humour, always willing to poke fun at some of the ridiculous claims made by the more chauvinistic members of Romanian academia.

As a result, Romanian nationalists have long detested him. Given that they also see Hungary as their mortal enemy, Boia receiving a decoration from Hungary’s president provides them with a full house of scandal.

They did not disappoint.

“It’s now the turn of the cultural scoundrels to be rewarded for attacking the roots of the Romanian nation,” wrote Iulian Capsali, a well-known nationalist who has previously tried (and failed) to be elected to both the Romanian and European parliaments, and who can always be relied upon for the requisite level of outrage.

On receiving the award from Hungary’s ambassador to Romania, Boia was his usual, softly-spoken self.

“I have always written about history as I genuinely believe it to be. I write honestly,” he said. “I have always tried to interpret history independent of ideology and – especially – the extreme nationalism that has done so much harm. That’s how I have gone about things. I would like to be able to change the world, to make it a better place, but I don’t have such powers.”

What he does have the power to do is infuriate nationalists. Any writer who states – as Boia does in his best-known work to be published in English, Romania: Borderland of Europe – that for hundreds of years, until the early 19th century, “the Poles were in many ways far more Latin than the Romanians,” is asking for trouble.

For many Romanians, the only version of their origins anyone need know is the semi-official line that they are the direct descendants of the Roman Empire. Foreigners especially are to be fed this line, and discouraged from investigating any further. So it is no wonder that Boia, long a professor of history at the University of Bucharest, has become the nemesis of Romanian nationalists.

Indeed, Romania: Borderland of Europe might better be titled Everything You Thought You Knew About Romania Is Wrong. Published two decades ago but still relevant, it is a book that examines every cliché, exposes every myth and just about turns the Romania we thought we knew on its head. An iconoclastic work – Boia clearly takes much pleasure in being contrary – it is the only place any foreigner wanting to learn about Romania should think of starting. From how the country was forged, to the impact history has had on its people, everything you need to know is found in this concise volume.

To get the best out of it however, you need to leave aside your prejudices as you open the cover.

Boia’s first major work was 1997’s History and Myth in the Romanian Consciousness which challenged Romanians to stop being manipulated by the interpretations others placed on history, and to begin investigating Romanian history for themselves. The implication was that Romanian historiography needed to be woken from the slumber into which it had fallen during the communist period, when history was changed according to the whims of the party leadership.

Boia takes particular umbrage at the many myths surrounding Mihai Viteazul (Michael the Brave) who, in 1600, briefly (it lasted for less than a year) became the first leader to unite the three historic Romanian principalities (Wallachia, Moldavia and Transylvania) into a single kingdom. Boia successfully argues that Mihai Viteazul had done so purely out of his own regard for power, and that the idea he had acted on behalf of the great desire of the Romanian people to be united in a unitary state was ludicrous. Most Romanians at end of the 16th century would not even have immediately recognised themselves as Romanians (they certainly wouldn’t have used the word Romanian).

Where Romania: Borderland of Europe is particularly strong is in its rejection of the idea that communism can successfully be blamed for all of Romania’s current woes. Boia is very quick to point out that communism changed Romania: “the Romania left behind by communism was totally different to the one it had inherited” but not in the sense that others have led us to believe. Boia prefers facts to conjecture about the national psyche, pointing to the rapid urbanisation and industrialisation of the country in the 1960s and 1970s, and the transformation of the inner cities: especially Bucharest.

If there is a weakness, it is in the way that Boia passes over the Romanian Revolution of 1989 with barely a paragraph: perhaps this man who prefers facts to fiction simply realised that no definitive history of the revolution can be written until all the pertinent details are made available.

We are still waiting.

In it, he discusses his relationship with the secret police, the Securitate.

“I had to go and meet them every now and then. It wouldn’t have been a good idea to refuse. They wanted to know about the foreigners I met, what they thought of Romania,” he writes.

Naturally, such an admission was seized upon by Boia’s opponents as proof that he had “collaborated” with the Securitate. In fact, as the vast majority of people are well aware, most prominent Romanians who had regular contact with foreigners were called in for such chats. Few can genuinely be considered to have been “collaborators”.

As such, amongst the sensible and the rational, Boia’s reputation is intact, and foreign recognition a welcome sign of his continued standing as one of Europe’s finest contemporary historians.

The English versions of History and Myth in the Romanian Consciousness and Romania: Borderland of Europe can be purchased at Amazon. Top photo: Rafal Komorowski (CC BY-SA 4.0)

The Boxer of Auschwitz: A story of endurance and hope now set for the big screen
A spy drama set in communist Prague: HBO’s The Sleepers
Comment