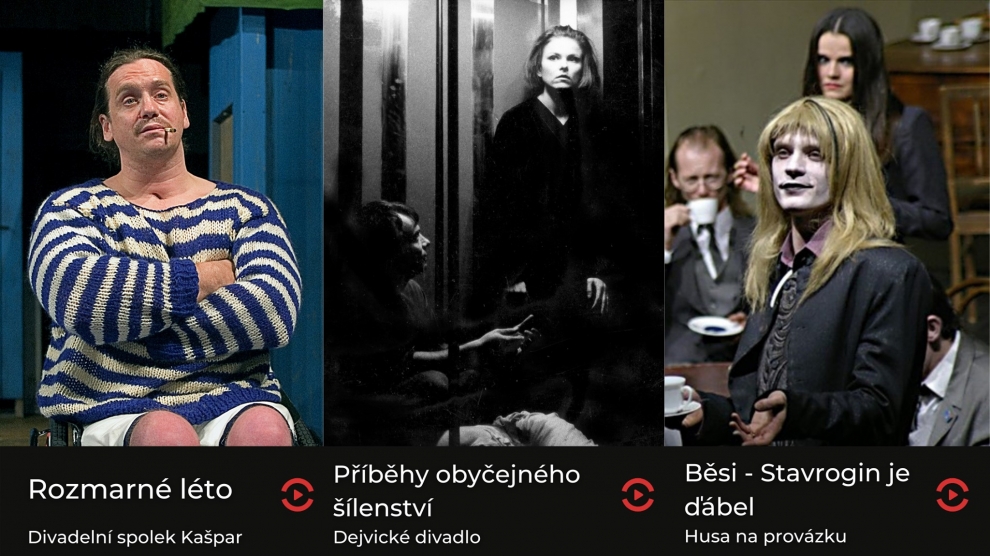 As Czechia falls back under lockdown, many of the country’s artists are concerned for the future. Czech theatre is particularly at risk, relying heavily on live performances.

A new Czech company by the name of Dramox is trying to do something to help, at a time when the thrill or merely the distraction of watching theatre is needed more than ever.

Having launched this Tuesday, the company aims to serve a bit like any other streaming service, such as Netflix or HBO – but instead, presents some of the best theatre productions Czechia has to offer. In doing so, the platform aims to give back to the struggling industry, while providing Czech theatre goers with a much-needed fix, and maybe even bring over some new, younger fans.

In partnership with some leading Czech theatre houses, including Dejvice Theatre, Na Jezerce Theatre and the South Bohemian Theatre, Dramox will showcase historical, contemporary and critically-acclaimed productions, with the founders promising new additions every month.

This is an idea that has been replicated across the globe, where, in the times of coronavirus, the creative industry has had to get more creative than ever to sustain itself. Over the past few months, Zoom plays have emerged as a virtual sub-genre to remedy the hole left by social distancing. In part, this allows for the evolution of a new kind of theatre, and theatre experience.

Regardless, many small theatre companies, not to mention actors and scriptwriters, are still finding it extremely difficult to make ends meet. With a streaming service like Dramox now available, its founders hope to provide the industry with a bit of light at the end of the tunnel.

“Right now, all theatres in Czechia are completely closed, so the situation is really bad. We are pro-theatre focused from the beginning,” says Mr Zavadil. “The basic rule is that we are giving 55 per cent of our revenue back to artists and theatres to support them in hard times and give them funds for new performances. Plus, we are recording performances on our costs.”

At present, the company has plans to provide a wide range of shows for its subscribers, offering both archival productions, and shows that have just drawn their final curtains. Despite some issues with copyright, people are mostly accommodating to the cause, and Dramox even managed to get the rights to two productions from the famed Czech writer Milan Kundera.

While it is clear that watching theatre through a screen will lack the electricity of a live performance, Mr Zavadil maintains that audiences are already used to spending a lot of time with similar services. For him, theatre will still stand out as something special – even online. “Theatre performance recordings are very different in comparison with Netflix content. They have different dynamics, emotions and connections with the real world,” he says.

Furthermore, by creating a streaming service for theatre, the CEO hopes to attract more people to the joys of theatre productions. “We want to bring theatre closer to the people, and allow them to spend more time with it than they have so far been able to,” he says, adding that music and film streaming platforms have previously succeeded in bringing more and more lovers of the arts across.

With the platform costing just slightly more than a Netflix subscription, at 11 euros a month, and more than half of this heading directly back to the theatre companies themselves, a streaming service such as Dramox can help support small and independent creatives, while making theatre more financially accessible.

Currently, the platform cooperates with more than 30 theatres in Czechia and dozens more abroad. “Expansion into other countries will probably happen quicker than we expect,” says Mr Zavadil. At present, the lockdown situation has made it impossible to record new performances, so Dramox are focusing on archives, yet once restrictions begin to ease – who knows what lies on the horizon.