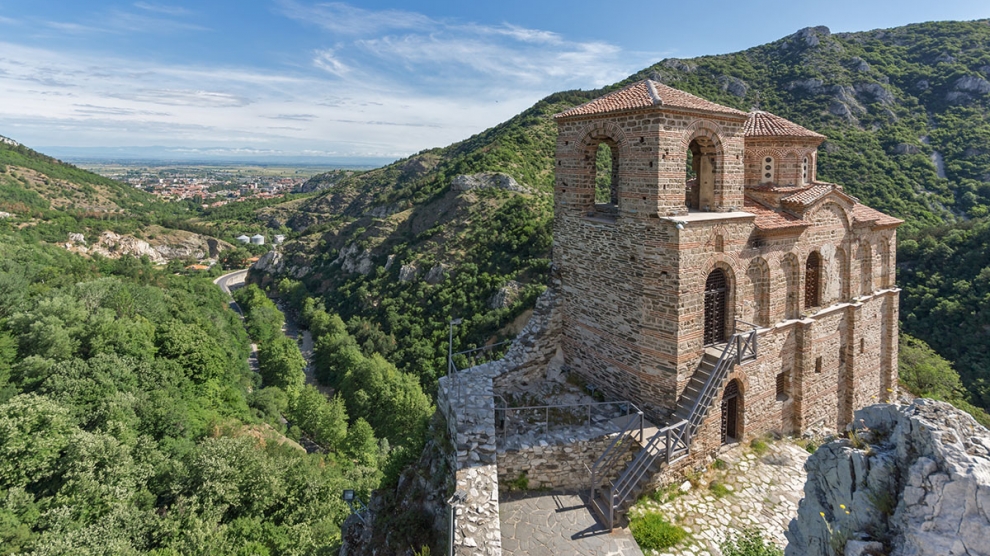 As a number of cities, regions and even countries begin to question their tourist booms and look to either reduce the overall number of visitors or encourage different, more sustainable kinds of tourism, Bulgaria has so far remained committed to bringing in as many mass tourists as possible. Under pressure from environmental groups, this might be about to change.

The numbers are impressive, and on paper, Bulgarian tourism has never been in better shape. Almost 9 million visitors chose the country as a holiday or short-break destination in 2017: a number which exceeds the population of the country. Revenue from international tourism reached 6.9 billion leva (3.53 billion euros) last year, an increase of 9 per cent on 2016. “The growth in tourist numbers over the past five years has averaged six per cent each year,” says Bulgaria’s Minister of Tourism Nikolina Angelkova. “This is above EU and worldwide averages.” The figures for 2018 so far are even higher: up almost 19 per cent on 2017.

“There are visibly more tourists in Sofia,” says Paromita Sanatani, who has published the Insider’s Guide to Sofia for more than two decades. “At the weekends it is now almost impossible to hear Bulgarian being spoken in the city centre; English dominates. I would put it down to the huge number of flights: both Ryanair and Wizz Air have bases at Sofia. The majority of these visitors seem to be young people, backpackers, and they are coming from all over the world, from Europe, the US, Latin America.”

Protests earlier this year against a project to extend the ski area at Bansko, already Bulgaria’s largest ski resort with around 60 kilometres of pistes, were some of the largest the country has witnessed since the collapse of the communist government in 1989. Tens of thousands of people took to the streets of Sofia and other major cities in opposition to the project, which would see further construction take place in the Pirin National Park, a UNESCO World Heritage site home to bears, chamois, wolves and centuries old pine forests. Environmental campaigners have condemned the plans. The operator of the Bansko ski area wants to extend the ski area to over 330 kilometres of pistes served by 110 lifts.

“We are appealing the amendment in court but it could take a long time to get a decision,” Mr Ivanov told Emerging Europe.

The row over Bansko highlights a growing problem for Bulgarian tourism, particularly winter resorts: many are now well-over capacity, victims of their own success, combining as they do outstanding value for money with facilities as impressive as anywhere in western Europe.

The WWF is keen to point out that they are far from killjoys, stating in an in-depth report prepared by strategy and policy advisory firm Dalberg that skiing provides opportunities for sport and recreation and to be in close contact with nature. Skiing is also seen as an important stimulant to local economies, and that there are many areas where downhill ski development is appropriate. However, skiing can have a negative impact on ecosystems and their natural value when its development is not controlled and not regulated properly. Any investment must be prudent, with a longer-term perspective of the relative costs and benefits and must be aligned with the principles of sustainable development of World Heritage sites.

When boom turns to bust

“On the Black Sea coast and at Bansko in particular the building boom which began around 2004 in the anticipation of Bulgaria entering the EU got out of control,” Paromita Sanatani tells Emerging Europe. “More property was built than there were buyers, and infrastructure couldn’t keep up. We have ended up with places like Sunny Beach on the coast which in the peak season suffers from huge water shortage problems. Those people who bought thinking they could make a quick buck have seen property prices stagnate or even go down. There is still far more supply than demand.”

“Such development puts enormous pressure on the ecosystem, destroys habitats and in the long run deprives Bulgaria of nature that may not be found anywhere else and which local people can rely on to attract a different type of tourists without destroying nature,” adds the WWF’s Mr Ivanov.

In Bansko – whose outskirts remain littered with uninhabited or half-completed apartment complexes – the problem is that lift capacity cannot cope with bed capacity which leads to long queues for the lifts. This is one of the reasons that the resort’s operator is so keen to extend the ski area and double bed capacity. Development at Borovets, another Bulgarian ski resort, which sits in the middle of a forest less than an hour from Sofia has been much better planned than at Bansko.

“As a ski destination Borovets remains more attractive and less busy than Bansko,” says Mrs Sanatani. “Building has been a little less overwhelming, more carefully distributed, plus of course you are not reliant on the one lift to get you up the mountain.”

The current buzz around Plovdiv, Bulgaria’s second largest city, is about far more than being a European Capital of Culture in 2019. The city has a relatively young and dynamic mayor who has been keen to attract all kinds of events to the city. The rejuvenation of the city’s central Kapana district, which had been all but derelict for years, has been a real hit, not only with locals but internationally. “The weather is great, selection of musical events in the amphitheatre is fabulous, and Plovdiv is a great location from which to set out for other places in the region, be it Pamporovo or Smolyan in the south or Isar in the north. And of course, Plovdiv is in the heart of the country’s main wine-making region,” says Paromita Sanatani, who also published a city guide to Plovdiv and knows the city intimately.

Minister of Tourism Nikolina Angelkova said recently that she wants to encourage more tourism in Bulgaria’s interior, particularly the country’s vineyards. Bulgaria has a longstanding wine-making tradition and increasingly produces wines of very high quality which remain competitive on international markets. The country exported more than 34 million euros worth of wine in 2017.

Close to Plovdiv is the small town of Kazanlak, ground zero for Bulgaria’s lucrative rose oil industry. Each May the town plays host to the colourful Festival of the Roses, which ends with an extravagant parade along the length of Kazanlak’s main street. Tens of thousands of people line the streets, with the grandstands reserved for local dignitaries and, increasingly, coachloads of Japanese tourists, for whom the festival has become something of an annual pilgrimage.

“We get visitors from all over the world, but the most numerous are the Japanese,” Teo Dimitrov, who organises tours of rose oil factories, tells Emerging Europe. “They have been coming since before the fall of communism, but only recently in such huge numbers. I think it’s the unique colour of rose blossom – and the smell of course – that attracts people.”

Dimitrov’s sustainable, slow-paced tours which offer insight into Bulgarian tradition, history, and support the local economy are exactly the kind of holidays that the WWF is keen to promote.

Energising Bulgarian Industry
Getting to Bulgaria: Easier Than Ever
Comment