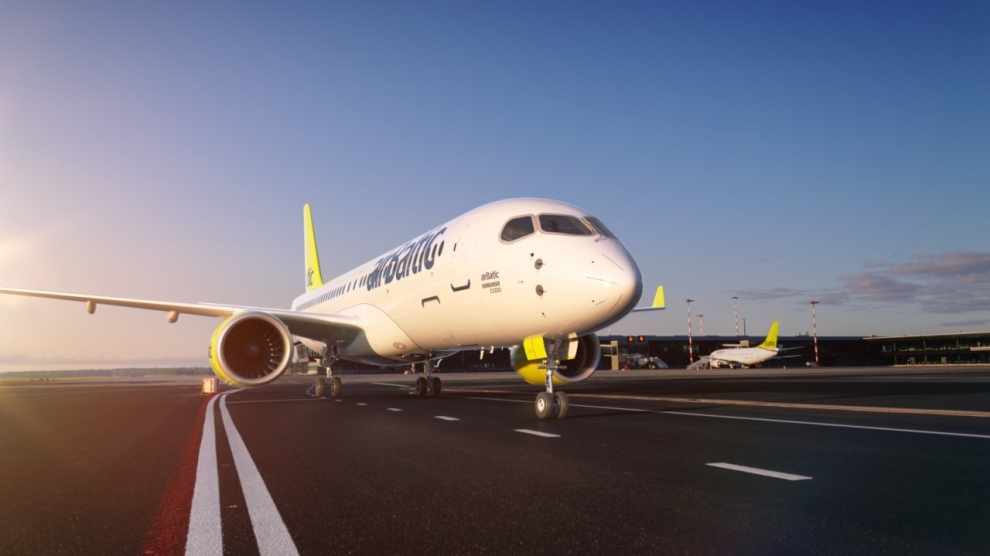 In the first half of 2017, Riga-based airBaltic carried 1.56 million passengers to destinations spanning Europe, Scandinavia, Russia, CIS and the Middle East.

“This summer, we achieved new records. For example, in July, airBaltic carried 393,312 passengers, or 21 per cent more, year-on-year. It is a new record number of carried passengers for the month of July,” Martin Sedlacky, chief operations officer at airBaltic and a Member of the Board, told Emerging Europe.

Although summer boosts passenger flows in any airline, Mr Sedlacky is convinced the carrier’s improved connectivity, the renewed fleet os Canada’s Bombardier CS300 fuel efficient jets and its low-cost base will further enable airBaltic to continue its expansion as the number one carrier in the Baltic region.

In 2017, airBaltic launched 12 new routes. The thirteenth route to Abu Dhabi will be launched in late October 2017. As for the summer season of 2018, the company has added five new routes. airBaltic serves over 60 destinations from its home base in Riga, the Latvian capital.

Regionally, it was the Lithuanian airports that attracted the largest passenger growth for airBaltic — 29 per cent over the first half year, year-on-year.

However, the bullish hauler has been looking for an investor for some time now. To date, four bidders — three from Western Europe and one from North America — have reached the fourth, and last stage of the selection.

airBaltic and the government of Latvia — the latter holds a controlling stake in the company — have laid out two main prerequisites for potential buyers: maximise the proceeds and ensure that air connectivity of Riga remains high.

“We are capable of continuing our operations on our own, but the question is how to do it… We believe that with a strong partner behind us, the options and possibilities would be much better — we could improve the balance sheet more significantly, and so on,” airBaltic’s Mr Sedlacky emphasises.

With the future investor’s strategy yet to be rolled out, Riga Airport is upbeat that it will remain a hub on the Eastern European air map.

“The Baltics’ air passenger and cargo prospects, both short- and long-term, are very good – the demand for air travel is growing above IATA’s (the International Air Transport Association) forecast,” Edgars Vilcans, head of communications at Riga Airport, told Emerging Europe.

“Passenger volumes reached a new record in 2016; over 2.22 million passengers and 2017 has yielded even better results thus far — July was another record-breaking month at Tallinn Airport with 271,00 passengers using it, an increase of 19 per cent, year-on-year,” says Priit Koff, head of corporate communications and business development of Tallinn Airport.

Yet in long-term the airport does not expect the double-digit growth numbers to continue — the airport favours a sustainable growth rate.

Meanwhile, Vilnius Airport prides itself on consistently increasing its part in the passenger total of all three Baltic airports and in having the bulk of Wizz Air flights in the Baltics.

“Over the year’s first half, Wizz Air carried a half-million more passengers, year-on-year, on its 3,500 flights. The growth since 2015 is more than ten per cent,” Jurate Baltrusaityte, commerce director at Lithuanian Airports, told Emerging Europe.

At the same time, Ryanair, the other low-budget carrier operating in Lithuania, has increased passenger growth by a quarter over the last three years, according to them.

The carrier has flown over 500,000 passengers on nearly 3,000 flights during the year’s first half.

“It is evident that both carriers value the Lithuanian market and, every year, open several new routes both from Vilnius and the other Lithuanian airports,” Ms Baltrusaityte sums up.