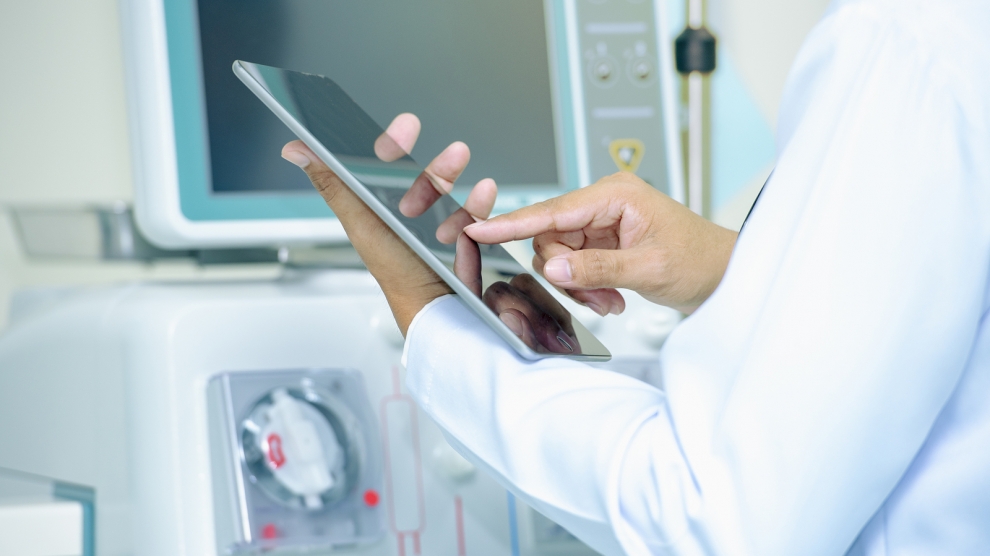 The healthcare industry is currently enjoying a period of sustained innovation across Europe. In 2017, over 13,000 medical technology patents were filed in Europe, compared to 11,000 in the IT industry.

But while there are almost 27,000 medical companies on the continent, most of them are located in Western Europe countries, mainly in Germany, the UK, Italy, Switzerland, Spain and France. Emerging Europe is often left off the map. This is unfair and not a reflection of reality.

“The innovation coming from CEE countries is increasingly strong,” says Jan-Philipp Beck, CEO of EIT Health, a network of best-in-class health innovators backed by the European Union. “There is a lot of talent and entrepreneurship is growing, however sophisticated infrastructure is often required to support uptake of innovation and sustainable growth of newly created companies and this can be challenging in some regions.”

His organisation wants to change that.

“We support the acceleration of promising innovation and provide access to a strong European network including clusters and actors that can share expertise, knowledge and help with access to the market,” he tells Emerging Europe.

For Francesca Colombo, head of the health division at the Organisation for Economic Co-operation and Development (OECD), funding is a bigger problem.

“Twenty per cent of spending in healthcare is either ineffective or harmful,” she says. “Nobody is measuring the outcome of healthcare.”

While countries like France and Germany spend on average 11.2 per cent of their GDP on healthcare, CEE countries rarely spend over seven per cent, with Latvia spending only 5.9 per cent of its GDP.

According to Professor Elizabeth Teisberg of the Value Institute for Health and Care, a joint endeavour of the Dell Medical School and McCombs School of Business at the University of Texas at Austin, the problem is healthcare has been valued in the wrong way.

“Healthcare might mean treatment, if we use one word,” she said at the EIT Health Summit held in Paris on December 2-3. “But it is actually two words: health and care. People seek solutions that improve their health outcomes, what we might define as people-centred solutions.”

“If we can embrace a shift and pay for those outcomes also perceived as positive by patients, we can hopefully reduce ineffective treatments and improve how money is spent,” says Mr Beck. “We need to make sure that our projects are aligned with the needs of patients, stimulating those areas where the market does not produce solutions by itself (such as prevention).”

And all of this can be done with more transparency in the healthcare system and without making patients feel as though they are not appreciated.

According to the OECD, those who would benefit the most from an innovative healthcare system are also those without real access to online platforms. Only 66 per cent of Bulgaria’s population has access to the internet, compared to a 97 per cent in Denmark.

“If we introduce start-ups to hospitals and governments there will be a chain reaction and indirectly it will generate disruptive changes in the healthcare system,” explains Balázs Fürjes, Managing Director of EIT Health InnoStars, the branch of EIT Health that focuses on 14 EU countries with ‘moderate’ and ‘modest’ innovation capacities. “Of course, to make it happen, we have to educate all stakeholders as changes do not happen without it.”

EIT Health InnoStars organises events to talk about innovation in hospitals and to introduce new technology, such as the use of machine learning for radiologists, something which Mr Fürjes tells Emerging Europe should be “so easy to use that practitioners will adapt it immediately. Spreading such technologies in one country will create demand in other countries too.”

“In CEE, there is more appetite for solutions and less hesitation in using new technology,” adds Mr Beck.

EIT Health is trying to fund programmes that can be sustainable on the ground, and do not force young medical professionals to move abroad.

A ‘brain drain’ of skilled-labour is a widespread phenomenon in CEE. Statistics show that 55 per cent of people with higher education from Bosnia and Herzegovina live abroad, as do over 40 per cent of university-educated Armenians and Latvians, and just under 40 per cent of Albanians, Moldovans, Macedonians and Romanians.

“Talents and start-ups can live up to their potential and stay at home, this is our major goal,” says Mr Fürjes. “How do we do this? One example is educating hospitals on how to nominate innovation leaders and to collect the needs of patients. Young medical professionals are leaving because they do not want to work as if they are in the army, they want to do something that makes an impact, they want to do something for the world. And we enable them to do that at home: they find the needs, we help them find and implement a solution.”

Mr Fürjes believes that people from CEE are hungry for success. “There is a huge pool of talent available in the region, and EIT Health InnoStars shows the large corporations and VCs where it is,” he says.

Earlier in 2019, a number of emerging Europe’s healthcare start-ups were recognised at the Health InnoStars Awards; recognition that placed the start-ups – two each from Poland, Hungary and Latvia, and one each from the Czech Republic, Lithuania and Romania – at the forefront of European healthcare innovation.

“In Eastern and Southern Europe, we need much more diagnostics and prevention because the entire healthcare system is still focused just on treatment,” he says.

“In Eastern and Southern Europe, we need much more diagnostics and prevention because the entire healthcare system is still focused too much on treatment,” he says. “Countries are different. In Hungary a lot of money is being spent on diagnosis that catches a disease in its initial phase, cancer and other illnesses. Plus, the government wants to increase the population, so they finance a lot of start-ups dealing with fertility. Aging population is of less importance there. On the other hand, in Poland they are much more interested in helping the elder,” says Mr Fürjes. “But we have to educate the governments that all areas are equally important. With the utilization of the innovative ideas we see, people will have longer life span in healthy conditions.”

For 2020, EIT Health will focus on financing 86 projects, supporting 258 start-ups and engaging 30,000 people. Among them is a project called Value, whose main goal will be creating a digital system to better measure both outcomes and a patient’s journey. As Mr Beck says, “innovation for innovation’s sake no longer has a place in an ever-changing healthcare landscape. Unmet need must be the core focus of all innovation activity if we are to deliver true transformation to the lives of patients.”