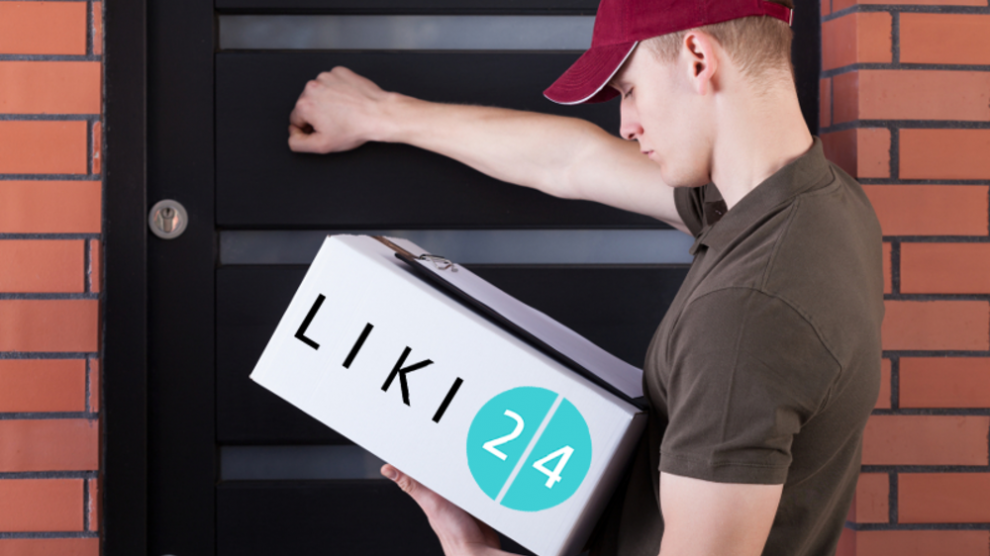 Liki24 is marketplace for medication pick-up and home delivery that aggregates offers from many different pharmacies, thus helping its users to find the medication they need at the best possible price.

Company CEO and founder Anton Avrinsky says the idea for this kind of service came from the difficulties he himself had when his children were born.

“I started going to pharmacies more often to buy medicines, diapers, and other goods for children. I often came across the situation where not all the necessary products were in one pharmacy at the same time. I also noticed that prices for the same products in different pharmacies are very different,” he explains.

Now, the company is able to address the three main pain points for consumers when it comes to purchasing medication — different prices at different pharmacies, limited availability of medication at specific locations, and lack of home delivery.

Since its founding in 2017, the company has connected with more than 5,000 pharmacies in Ukraine and its platform has been used to complete over half a million orders. Liki24 has developed a proprietary software platform that facilitates the management of pharmacy inventories in real time and which will be scalable when the time comes for international expansion. Because of this, Liki24’s couriers can complete an average of 50 deliveries per day.

But it’s not just about getting products at the best possible price. As Liki24 enables home delivery, during the Covid-19 pandemic it has become a lifeline for those especially vulnerable to the disease who were able to order their medications without needing to leave their homes.

“After the epidemic and quarantine began, we immediately felt a significant increase in the number of orders for delivery to remote areas and villages,” Mr Avrinsky tells Emerging Europe.

When its team analysed the situation they were surprised to see that there were no pharmacies in more than 20,000 settlements in Ukraine, mostly in villages. And, according to Mr Avrinsky, when pharmacies are available in remote parts of Ukraine, their prices are often much higher than in thous found in the cities. That’s when the team had the idea to start what they call a “social project” with the Ukrainian national post office. The post office offered a reduced rate for sending packages, while Liki24 took it upon itself to assemble packages from different pharmacies and offer its users free shipping from anywhere in Ukraine during the quarantine period.

For consumers this translated into prices 30 per cent lower than the average in pharmacies.

“The effect is colossal – more than 50,000 families have already received medicines with delivery through this project,” says Mr Avrinsky.

He also adds that the company could repeat the same solution in Poland, where it plans on expanding next, and where a soft launch has already happened as deliveries are being tested in Warsaw. Its ambitions don’t stop there, as Mr Avrinsky tells Emerging Europe the next likely launch will happen in the United Kingdom.

“We see that the problems described above are identical to almost any country. Accordingly, these are opportunities for our company. The drug market is huge and very conservative. The application of technological innovations in this market has a tremendous effect on people,” Mr Avrinsky adds.

With the new investment by Horizon Capital and others, Liki24 has a shot at turning these plans into reality.

According to Lenna Koszarny, founding partner and CEO of Horizon Capital and Dmytro Boroday, principal at the same company, Liki24 has the right mix of attributes that makes it enticing for investors — visionary founders, fast growth, a market ready for disruption, and as the situation in Ukraine showed —  Covid-19 resilience.

For them, Liki24 represents the future of how consumers will interact with pharmacies. As regulations are relaxed and start allowing for the online sale of medication, more and more people will opt to get their prescriptions this way.

In the United States, roughly 25 per cent of pharmaceutical goods, including both over-the-counter and prescription medications are sold online. Europe is still lagging in this area (with Germany only filling one per cent of prescriptions online). This means that there is huge market potential, which represents an opportunity for Liki24.

“The convenience that digital platforms like Liki24 offer will help pharmacies serve their customers better. First of all, platforms like Liki24 remove the pain points mentioned by consumers in their interactions with pharmacies,” Ms Koszarny explains. “Secondly, such digital platforms provide access to critical medication to people with limited mobility and those living in remote areas, thus playing an important social role.”

And according to Mr Avrinsky, the company plans to retain its client-based focus as it expands into European markets.

“When we solve the problems of the client, we guarantee the growth of the Liki24’s business,” he concludes.