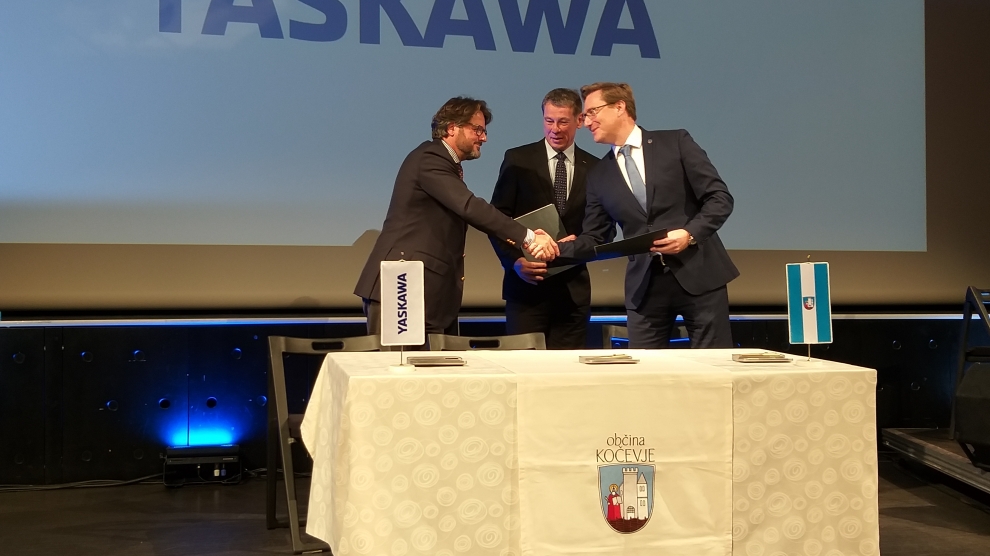 Japanese electrical manufacturer Yaskawa will invest between 20 and 30 million euros in an electric motors and electronic components factory in Slovenia.

“Yaskawa’s investment is evidence that the ministry of economy is achieving concrete goals in the field of internationalisation of the Slovenian economy, attracting foreign investments,” said Minister of Economic Development and Technology Zdravko Počivalšek, after the Japanese company purchased land in the city of Kocevje, southern Slovenia.

By the end of 2022, Yaskawa’s plant will create 155 new jobs, an important number for a town such as Kocevje where the unemployment rate stands at 25 per cent. Furthermore, Yaskawa is starting a training programme in mechanical engineering in order to create concrete opportunities for young and highly educated people.

“Such investment puts Slovenia on the world map of state-of-the-art robotics,” added Mr Počivalšek. “It also brings the knowledge of smart factories to Slovenia, and such high technology brings added value to Slovenian employees. It is a strong message to potential foreign investors that Slovenia provides a stable, stimulating and development-oriented environment, thanks to the reputation of the investor: Japan is considered to be synonymous with quality and high technology.”

Photo: Official website of the Slovenian Ministry of Economic Development and Technology