Drones and 3D printing can radically reduce the cost of construction. But sensible government legislation, as well as a change in the attitudes of the public, are needed before we can all benefit from new technology.

Growth remains the predominant trend in the construction industry throughout Europe, with consulting company Deloitte forecasting growth at 2.5 per cent a year on average between 2018 and 2021. Having left the economic crisis behind them, construction companies in Central and Eastern Europe are doing especially well, with expected market growth for the coming years now running at around 4.4 per cent.

While Deloitte notes that there is a lack of major noticeable M&A activity in the construction market in the region, the industry is nevertheless trying to adapt to digital construction activities in order to fully adopt the concept of Construction Industry 4.0.

Start-ups today work on improving existing materials by reconstructing their chemical structure in order to turn them into smart materials, such as self-healing concrete, thermal insulation, aerogel and photovoltaic glazing. Virtual and Augmented Reality makes it possible to test every centimetre of a building on a computer, avoiding possible dangers during the construction process. 3D printing technologies develop detailed models and it is already possible to build 3D printed houses in less than 24 hours at relatively low costs. Finally, drones make it possible to provide construction companies with high quality and precise information, inspecting and delivering data in a very short amount of time.

According to investment group Goldman Sachs, the largest expected take-up for commercial drones is in construction, primarily in surveying and mapping sites. It estimates that total global spending on drones in the commercial market will be 100 billion US dollars over the next two years and that 11.2 billion US dollars of that expenditure will be generated by the construction industry.

After 10 years of operations, Microdrones has expanded aggressively into Eastern Europe, entering the market in Poland, the Baltic States, the Czech Republic, Hungary, Slovakia and Romania.

“Microdrones made the world’s first commercial quadcopter and, today, they lead the drone industry, offering the latest technology and software to help geospatial professionals gain a competitive edge. We are especially known for our mdSolutions integrated drone systems that feature advanced Unmanned Aerial Vehicles (UAVs) complete with sensor hardware, software, workflows and support. Construction professionals can interpolate the data to help them on the job, reduce costs, and streamline their work. We view our role as delivering a full end to end solution: Plan, Fly, Process, Visualise. So we’re not just talking about the drone and sensors, but also the integrated workflow and software that ties it all together and makes life easy for the construction professional,” adds Mr Wójcik.

The presence of drones in construction is bringing about significant changes within the industry. They are rapidly replacing traditional land-surveillance methods, reducing the labour and time involved in producing accurate surveys, and they eliminate much of the human error involved in the process. Furthermore, drones that feature mounted cameras can provide video footage to facilitate communication and surveillance, allowing companies to keep tabs on employees and workers.

Lack of regulation is slowing innovation

But while the potential for drones is high, there are still some factors making people cautious about their impending adoption. One imminent challenge is the regulatory environment in which drones operate; wide uncertainty has slowed commercial adoption and innovation.

“Drone use in the CEE is not as limited as it may seem. The issue is that every European country has different laws and regulations when it comes to operating them,” Mr Wójcik tells Emerging Europe.

“With proper research, permits, and licensing where required, you may be able to fly drones in some of the countries of CEE. Poland is one of few countries that has simplified the process with regulations for safe and controlled drone air space. This was possible because of good collaboration between all interested parties. This included UAV pilots, commercial airlines, the Civil Aviation Authority, and the Polish Air Navigation Services working together to create clear and modern regulations.”

As well as with other major innovations, like blockchain and cryptocurrencies, setting clear rules that are easy to follow and understand is the most important factor.

“Drones are providing incredible solutions for security, agriculture, transportation, construction and much more. We want to be able to allow all industries to benefit from the incredible solutions that companies like Microdrones can provide. Therefore, the EU needs to continue to have open discussions about creating universal laws and regulations for drones. Every day we are seeing new opportunities for unmanned flight. With the proper preparation and regulation, what’s to stop us from creating air corridors for transportation of lifesaving equipment or commercial package deliveries? BVLOS flight for construction, corridor mapping and agricultural studies is already possible and should not be prohibited due to lack of proper laws,” Mr Wójcik adds.

Build your house in less than 24 hours

3D printers have been around since the 1980s, but their widespread adoption has only just begun.

“If you look around, pretty much everything is made automatically today: your shoes, your clothes, home appliances, your car. The only thing that is still built by hand are these buildings,” said Professor Behrokh Khoshnevis, creator of the 3D printing technique Contour Crafting.  “Construction, as we know it today, is wasteful, costly, and often over budget.”

In fact, 3D printing will save construction companies up to 50 per cent on the cost of building a house. Often as automation and mechanisation rise, prices drop and 3D printing will be an affordable way to create housing for those in need. It also represents a great advancement for green construction firms. Besides, construction professionals and their customers can communicate more clearly and efficiently as even a customer with no architectural background can better express his needs.

“One of the core benefits is that it’s relatively inexpensive to 3D print your own house,” says Jože Abrams, CEO of BetAbrams, a Slovenian pioneer in 3D houses. As the demand is huge, the company expects to sell as many as 500 units within the next five years and as many as 3,000 units within 10 years.

“This could help construction workers to rapidly build cheap houses in the Developing World, leading to a possible decrease in the number of homeless people. A 3D printed house can last up to 175 years and its costs are 50-80 per cent less then a house built with conventional methods.”

According to a European Commission report, Identifying current and future application areas, existing industrial value chains and missing competences in the EU, in the area of additive manufacturing (3D printing), the EU seems to have a very healthy 3D printing climate, when it comes to patenting, research, 3D printing services and major companies investing in the technology.

But it is also true that 3D printing is mainly limited to Western Europe. With the exception of Poland, countries such as Slovenia, Croatia, Slovakia, and the Czech Republic are only starting to develop capabilities in the research sector. Investments are being made by manufacturers of printers to enter the Eastern European market but the state of play remains at a very early stage.

“I think that is largely because European governments have yet to even start writing laws and regulations about 3D printing in the construction industry. Because of that, people are sceptical about this new technology. We believe it will take at least five more years for people start grasping the possibilities of this technology,” Mr Abrams tells Emerging Europe.

Gaining the support from governments and changing mindsets are the main challenges.

“Technology by itself is marvelous, and there is still a lot of room for improvements. But as long people do not start thinking in new directions it will be hard. In our experience, we have managed to convince everyone to whom we have demonstrated the 3D printing process. So maybe people – and governments – just need to see it with their own eyes”, he adds. 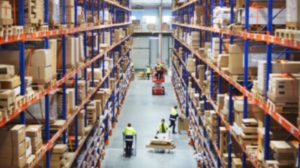 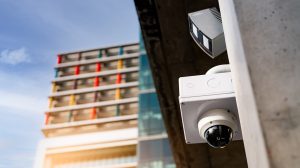 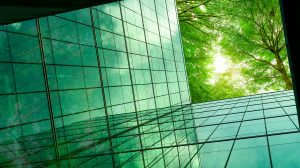 Fortress UK
North Macedonia has a name. What’s next?
Comment