There has been anger and confusion in southern Croatia over a tunnel that has cost taxpayers 280 million kuna (37.8 million euros) yet leads nowhere. The aim of the tunnel was to ease traffic jams in the southern town of Omiš on the Adriatic coast and become a section of a larger bypass on the road to Split. The town sees traffic jams of about 30 km long almost every day, especially during the current summer period.

After the 1471-metre long tunnel was dug, a bridge and another tunnel were meant to be constructed. It was hailed as part of an “important infrastructure project” in providing a faster connection for residents between the town and the main coastal road. There is no sign yet, however, of the bridge and the second tunnel.

The Mayor of Omiš, Ivo Tomasović, told RTL Croatia: “After the summer holidays end, we expect there will be a public tender for the construction of the bridge. The tender should be completed by the end of the year if everything goes accord to plan. The work then should begin sometime next year.”

Frane, a resident of Omiš, said: “Maybe they think Batman lives there.”

RTL commented that the people of Omiš are ready to accept any solution, “since the current one has led them to nowhere – quite literally.” 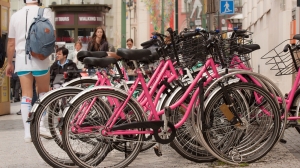 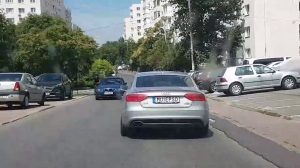