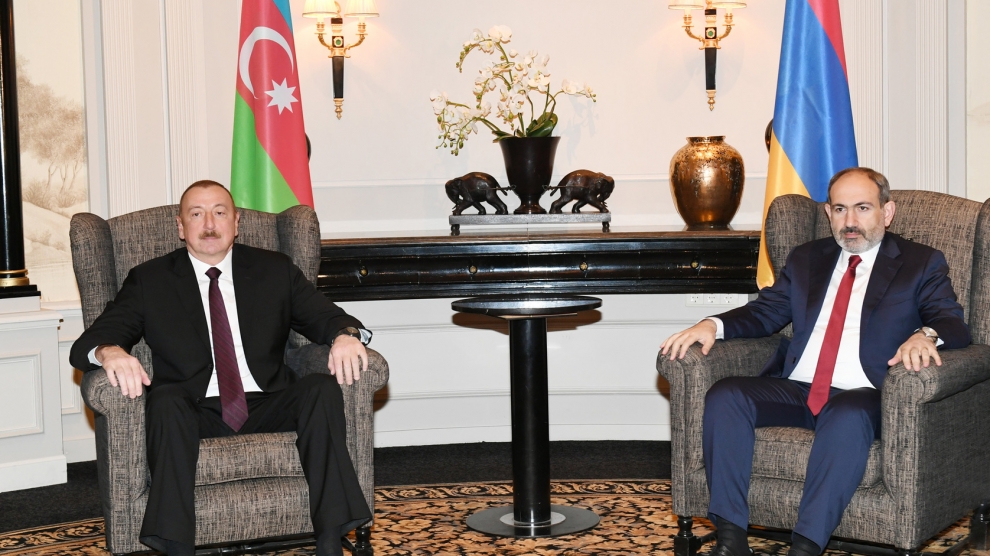 The leaders of Armenia and Azerbaijan have described their latest meeting as “positive” and “constructive,” and said that they have agreed to strengthen the cease-fire regime in the Nagorno-Karabakh conflict zone and continue their dialogue. The meeting was the first formal summit between Armenian Prime Minister Nikol Pashinyan and Azerbaijani President Ilham Aliyev since Mr Pashinyan took office last year.

“The meeting took place in a positive and constructive atmosphere and provided an opportunity for the two leaders to clarify their respective positions,” the foreign ministers of the two countries said in a joint statement, hours after Mr Pashinyan and Mr Aliyev met in Vienna.

“They exchanged views about several key issues of the settlement process and ideas of substance,” said the statement, which was also signed by the US, Russian, and French mediators co-heading the OSCE Minsk Group.

“Armenia and Azerbaijan kept up the momentum with this constructive meeting,” said Laurence Broers, a Caucasus analyst at Chatham House and author of a forthcoming book on the Nagorno-Karabakh conflict.