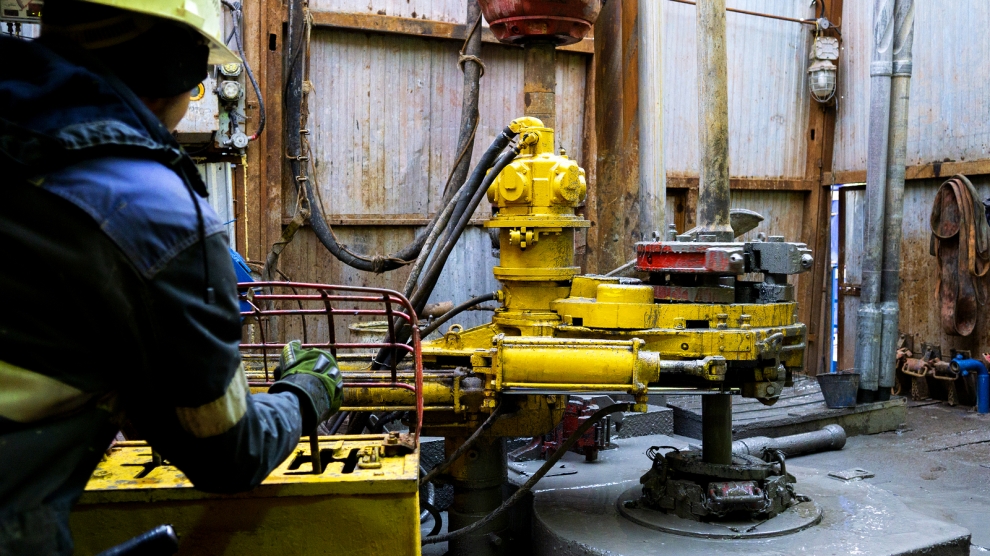 The president of Belarus, Aleksander Lukashenko, is increasingly searching for options to ensure his country’s energy security as bilateral oil disputes with Russia continue.

Speaking in a government session on March 3, Mr Lukashenko discussed ways of how to diversify the country’s oil imports in wake of an increasingly tense relationship with Russia, the country’s top energy supplier.

“We can get 30 per cent of oil through Baltic ports and 30 per cent of oil through Odessa. There will be three sources. We can fully diversify our oil import,” the Belarusian president said, adding that building a new pipeline connecting the country with the Baltics “is not a problem” and that Belarus could import oil with the assistance of proper infrastructure connected to the Odessa-Brody pipeline.

Mr Lukashenko ruled out, however, halting all Russian imports and instead suggested cutting them 40 per cent annually – or 50 per cent if the Russian side is interested in maintaining that level. However, he stressed that Belarus should not “beg for oil every December” and it would be easier to agree on oil prices as soon as Russia no longer had a monopoly.

“We should finally accept the fact that we can count only on ourselves as far as the energy industry is concerned. Even our closest partner [Russia] will observe their own interests at critical moments,” he said.

Relations between Minsk and Moscow deteriorated in January when the two countries failed to reach an agreement on oil for 2020 over pricing issues. Belarus briefly suspended re-exports of Russian oil, which was followed by an interim agreement that allowed for a limited supply to secure the operation of the country’s oil refineries for January.

On February 9, the Belarusian government announced that the country would start paying “global market prices” for Russian oil. This was followed by a Russian proposal on February 21 to compensate Belarus for the cost of taxes introduced in 2019.

In late January, Belarus purchased its first shipment of oil from Johan Sverdrup, one of the largest Norwegian oil fields, through Lithuania’s Klaipéda oil terminal, while the country’s government is considering future imports from Polish, Ukrainian and Azerbaijani energy companies.

On March 2, Belarusian state energy concern Belneftekhim said that SOCAR, Azerbaijan’s state energy company, would be able to provide Minsk with up to one million tonnes of oil this year alone.

On February 14, Mr Lukashenko went as far as threatening to tap oil from pipelines transferring Russia oil to Europe, which eventually did not happen. At present, around 10 per cent of Europe’s oil supplies – 24 million tons of oil – come via the Druzhba pipeline through Belarus, with Russia accounting for more than a third of European oil imports.

With bilateral relations recovering after years of dispute, US Secretary of State Mike Pompeo has also offered Belarus a helping hand.

“The US wants to help Belarus create its sovereign state and our energy producers are ready to cover 100 per cent of your oil needs at competitive prices. We are the largest energy producer in the world, and all you need to do is call us,” Mr Pompeo told the Belarusian president in Minsk on February 1.

The Belarusian leader is now considering financial assistance from the US to develop the infrastructure needed to diversify energy routes.

The one billion US dollars in question was offered by Mr Pompeo during the Munich Security Conference on February 15 to finance the energy security efforts of the Three Seas Initiative (TSI), a US-powered presidential-level format of 12 Central and Eastern European countries that is aimed at strengthening cooperation in infrastructure, energy

The Belarusian president’s comments suggests that Belarus is considering joining the TSI or at least engaging with the format in terms of energy and infrastructure.

Last November, Ukrainian President Volodymyr Zelensky said that his country had a “substantive interest” in joining the format and teaming up with the 12 Central and Eastern European nations.

The TSI now includes Austria, Bulgaria, the Czech Republic, Croatia, Estonia, Hungary Latvia, Lithuania, Poland, Slovakia, Slovenian and Romania, while Germany has also expressed interest in joining. The group is seen as a flagship project to revitalise Transatlantic relations and therefore enjoys strong support from the US.

Speaking in Munich last month, James L. Jones, the executive chairman emeritus of the Atlantic Council, a US think tank, said that the TSI  “reflects America’s recognition of the strategic significance of Central Europe as well Washington’s high confidence in the economic vitality and economic prospects of the Three Seas region.”

Europe’s cities and regions want more EU support for the fight against climate change
Freedom House: Democracy in CEE is under threat from illiberal populists. Estonia and Slovenia remain the most free countries
Comment