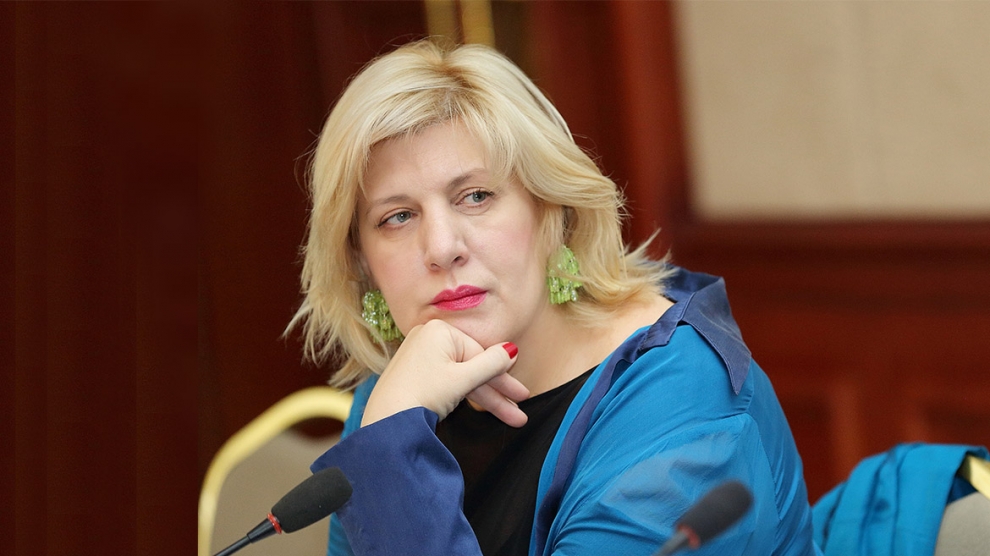 “No progress has been made” in Azerbaijan regarding the protection of freedom of expression, since local journalists and social media activists, who express dissent or criticism of the authorities, are “continuously deprived of their liberty” on a variety of questionable charges, Dunja Mijatović, the commissioner for human rights of the Council of Europe, the continent’s leading human rights organisation, has said.

In a report published after Mrs Mijatović’s recent visit to the country, the CoE human rights commissioner called on the authorities “to release all those detained because of the views they expressed and to fully implement several judgments of the European Court of Human Rights relating to arbitrary restrictions of freedom of expression.”

The commissioner said that there was “an acute shortage of lawyers” in Azerbaijan, in particular in regions outside the capital Baku, which prevents many people from having access to legal assistance and representation. However, she noted “the several steps” which have been taken by the authorities and the Bar Association, a local NGO, to increase the number of lawyers.

“The authorities should adopt a law on legal aid in line with Council of Europe standards and ensure that all persons effectively enjoy the right to legal assistance,” she said, adding that the use of disciplinary sanctions against lawyers remains a serious concern.

While the commissioner commended the Azerbaijani government’s actions to help people displaced over the country’s unresolved conflict with Armenia in Nagorno Karabakh, she warned that many internationally displaced persons (IDPs) are not provided with proper living places, with many of them living dormitories and collective centres.

“The authorities should further enhance IDPs’ access to all economic and social rights, in particular the right to adequate housing and the right to employment” she pointed out, recommending the Azerbaijani government to allow IDPs’ participation in municipal elections.