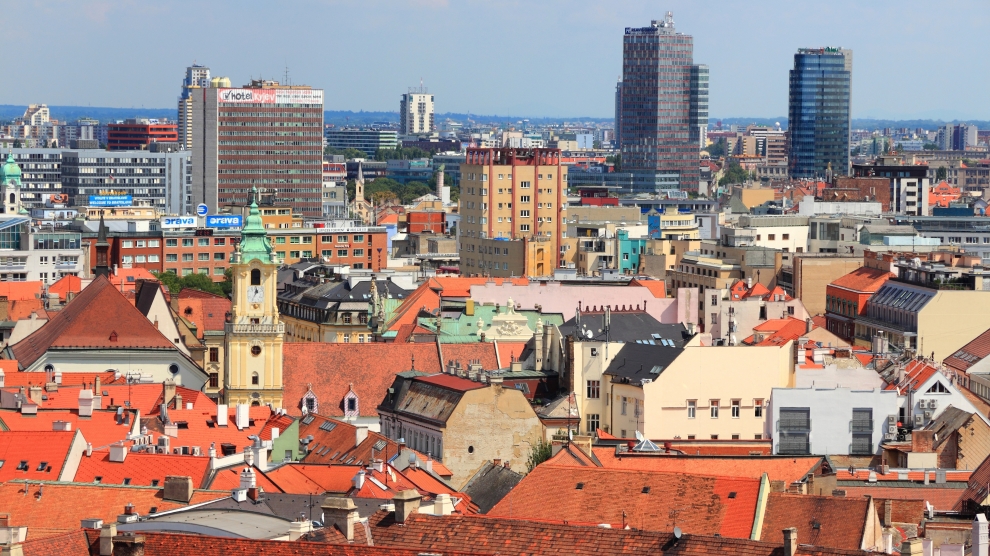 Sovereigns in emerging Europe will record unprecedentedly sharp falls in economic growth in 2Q20, according to a new report from Fitch Ratings, which says that measures to contain the coronavirus pandemic have caused high-frequency indicators to plunge in March, and particularly in April.

“Fairly swift and sharp containment policies appear to have been effective and many countries in the region began gradually exiting lockdowns in May,” reads the report. “Growth will rebound in the second half of 2020, but for the year as a whole regional median growth is forecast at -4.6 per cent and headline rates will be solid in 2021 (regional median five per cent), but generally not sufficient to make up for the activity lost in the first half of the year.

Fitch notes that the policy responses to the pandemic have been broad and often large. Beyond bolstering their healthcare systems, countries have implemented fiscal measures to support affected companies and employees in the form of direct payments, guarantees and tax holidays. When combined with revenue losses and automatic stabilisers, this will cause deficits to widen greatly (a median deficit of 6.1 per cent of GDP, from 0.4 per cent in 2019) and push median general government debt/GDP for the region up by 11 percentage points to 49 per cent of GDP. Central banks have cut rates, where they have the space, and some in Central Europe have begun purchasing government bonds.

Although the impact of the pandemic has been hard, financing strains have not been apparent. Many sovereigns have accessed external markets and support from multilaterals has come in quickly to those countries with existing programmes. Even in March, when funding conditions were at their toughest, outflows from the region were smaller than for other emerging market regions. Greater exchange-rate flexibility in most of emerging Europe’s oil producers has smoothed the impact of lower prices. Liquidity and other central bank support have prevented dislocations in local banking sectors.

Higher public debt and stresses on existing external vulnerabilities have put pressure on the region’s ratings. Since the onset of the pandemic in the region, Fitch has taken negative action on 10 emerging Europe sovereigns. Slovakia is the only downgrade; six are now on Negative Outlook; and the agency revised three previously on Positive Outlook (Bulgaria, Croatia and Ukraine) to Stable.

The pandemic comes after several years of positive rating momentum in the region (ending with the upgrade of Lithuania in January), driven largely by improvements in policy frameworks and stronger fiscal and external positions that enhanced the capacity to absorb shocks; the coronavirus pandemic is testing this resilience. 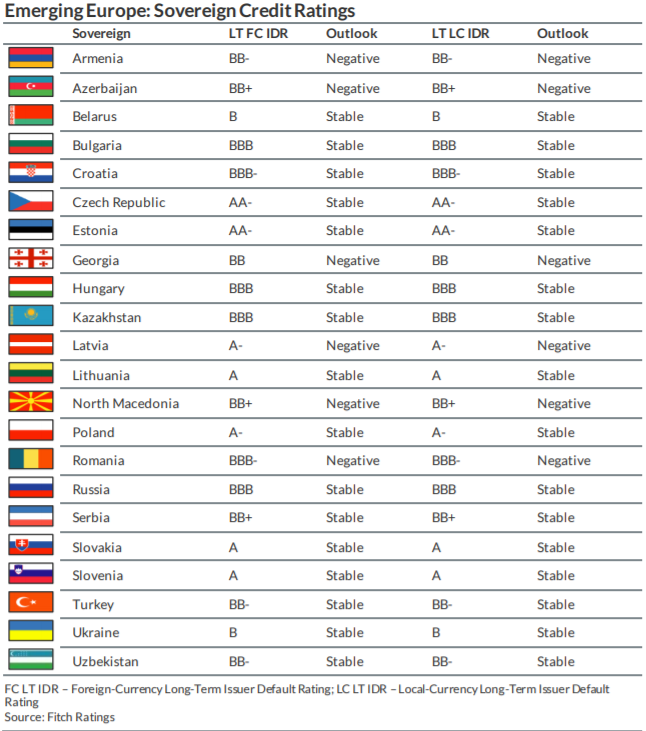 Navigating uncertainty is possible, even in a pandemic
Emerging Europe at heart of ‘significant resurgence’ of Covid-19
Comment