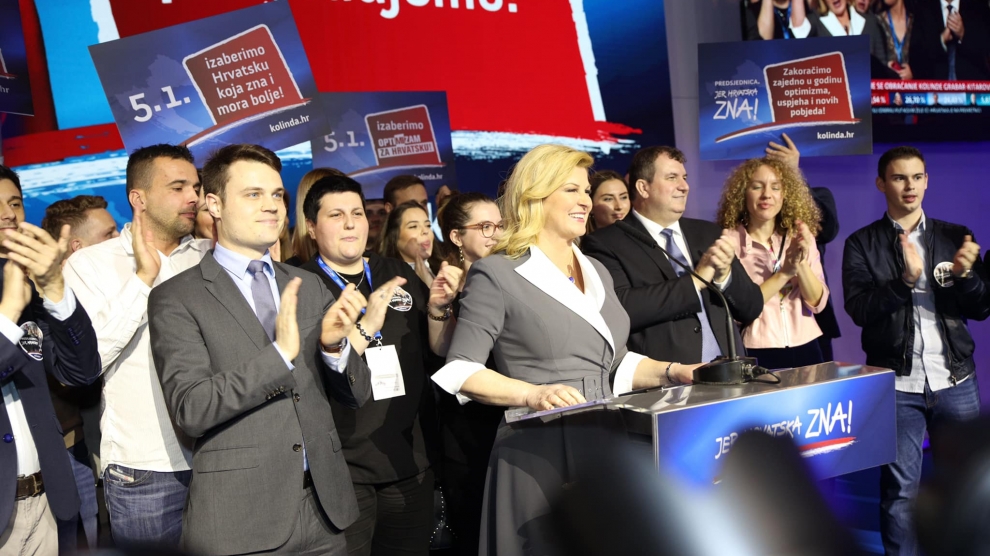 Croatia’s president, Kolinda Grabar-Kitarović, will face a liberal former prime minister in a runoff election in early January after no candidate won an outright majority in the first round of voting on December 22.

The centre-left former prime minister Zoran Milanović won the first round, taking nearly 30 per cent of the votes. Mrs Grabar-Kitarović won almost 27 per cent, with the right-wing entertainer Miroslav Škoro in third place with around 24 per cent.

Mr Milanović and Mrs Grabar-Kitarović now will face each other in a second round of voting on January 5.

Analysts believe that Mrs Grabar Kitarović is the strong favourite to win the runoff, as the majority of Mr Škoro’s supporters are expected to transfer their votes to her.

Though the post of president is largely ceremonial in Croatia — the president formally commands the army and represents the country abroad — keeping the presidency is important for the ruling Croatian Democratic Union party (HDZ) as its government is set to assume the agenda-setting rotating presidency of the Council of the European Union on January 1. Duties will include overseeing Brexit and the start of post-Brexit talks.

However, the president’s weak campaign, during which she made a series of gaffes and flirted with the country’s far-right in order to attract supporters of Mr Škoro – had threatened to derail the CDU’s plans. She began the election with a clear lead and was expected to win easily.

In one incident, Mrs Grabar-Kitarović sang “Happy Birthday” to the mayor of Zagreb, who was recently indicted for corruption, while in another her campaign bus hit a car and did not stop to assess the damage.

Immediately after the results of the election had been announced, Mrs Grabar-Kitarović renewed her call for Mr Škoro’s supporters to back her.

“Now we have to get together and let’s go for a victory!” she said, claiming that Mr Škoro is a “co-candidate on my political spectrum”.

Mr Škoro, a folk musician who was once a member of the HDZ, had set himself up as a populist and nationalist outsider standing against his former party and the Social Democrats, who backed Mr Milanović.

During the campaign he vowed to seek an international investigation into the World War II concentration camp at Jasenovac and if necessary “dig everything up”. At least 83,000 people, mainly Serbs, Jews and Roma, perished in the camp, operated by the wartime Croatian fascist government.

Right-wingers in country, who play down the crimes of the Croatian fascists, have long disputed the figure.