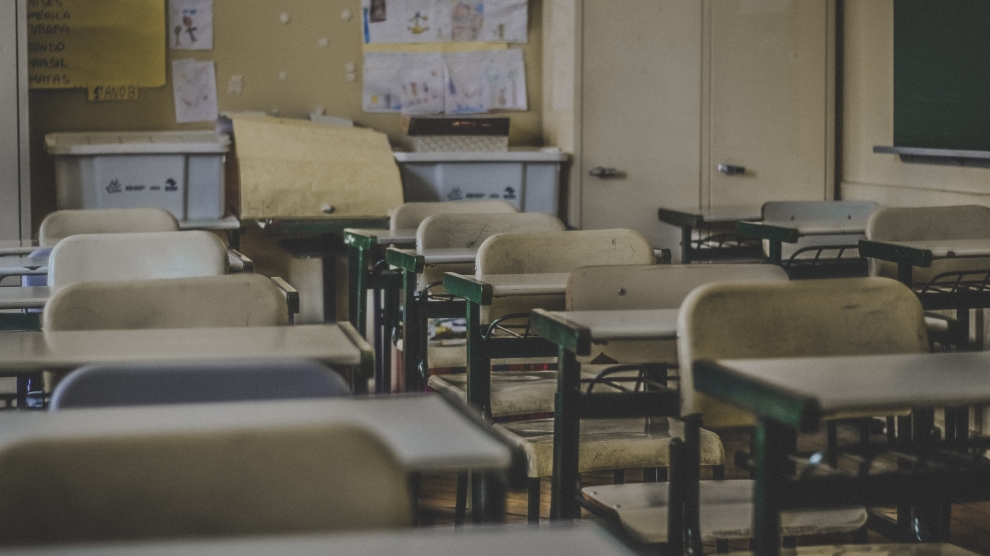 The Covid-19 pandemic has now swept through every country in Europe, causing many to close down schools and ban any public gatherings.

But the sudden halt to public life has also brought forth a new kind of digital solidarity. Governments, public institutions, and the private sector are coming together to offer tools and content to help citizens retain a sense of normalcy while spending time at home and practicing social distancing.

In emerging Europe, nearly all governments have shut down schools, colleges and universities.

The closure of education establishments is no trifling matter, warns UNESCO. Interruptions in education can deprive children of opportunities for growth and development.

Countries across emerging Europe are fighting to keep schooling available for children by implementing remote learning. Most have opted for a strategy of combining TV broadcasts with on-demand video lessons.

Croatia, Estonia, Romania and Serbia are among the countries pursuing this strategy.

In Serbia, the ministry of education has launched the Moja Škola (My School) web portal. It serves as the gateway to access lessons hosted on the state broadcaster’s video-on-demand service.

Lessons are also broadcast live to reach those pupils who don’t have access to the Internet.

In addition to the broadcasts and the online videos, schools have also been instructed to come up with their own ways of conducting remote learning using collaboration software.

A number of textbook publishers have offered free digital versions to pupils.

The situation is much the same in Romania where the public service broadcaster TVR is running educational broadcasts, and a learning website has been launched by Bucharest City Council. A number of schools have also begun holding online lessons using the Webex videoconferencing applications. Lessons are being held at the same time as they would in schools to ensure that children can stick to something resembling a routine.

“We are not doing all of our lessons, but we have maths and Romanian classes every day,” Valeria, a 13-year-old pupil at Bucharest’s School No. 81, tells Emerging Europe.

In Croatia, the ministry of education has allowed teachers to work from home if they fulfil certain conditions such as having the proper equipment and a quiet space to work from.

On March 20, the Croatian Academic and Research Network (CARNET) reported that more than 439,000 users have so far accessed remote learning systems. Virtual classrooms are being held using Microsoft Teams, Google Suite for Education, and a proprietary CARNET solution, Loomen.

In a show of digital solidarity with schools across the world, Estonia has made a number of online learning platforms free for use in countries affected by the pandemic.

Among them is the successful 99math start-up, which raised nearly half a million euros in venture capital early this year. The web app lets children learn math while competing in esports-style challenges.

“In Estonia, we make ICT work for education, we have a number of solutions that fully support distance learning. We are ready to share Estonia’s best practices and solutions with countries in need. After all, providing education is essential for a sustainable society,” says Mart Laidmets, secretary general at the Estonian Ministry of Education and Research.

ICT solutions are not just being used in education, but in culture as well.

Serbia’s National Theatre for example has committed to daily live streams of selected plays, and so have several theatres in Croatia.

Croatian citizens will be able to watch live streams from the Zagreb Youth Theatre, Rijeka Puppet Theatre, and the Croatian National Theatre. Other organisations and film distributors have offered up free content as well in a bid to get people to stay at home.

Social networks are being used, too. The Croatian Pula Film Factory is organising debates about various films through Facebook Live.

And in Armenia, the country’s prime minister Nikol Pashinyan and the health minister Arsen Torosyan are going live on their Facebook pages to brief the public with updates on the coronavirus situation.

Financially, cultural institutions such as museums and theatres are among those worst affected by the pandemic.

In Poland, the ministry of culture has announced a series of measures aimed at helping the sector. They include an increase in funding for social assistance to artists and support for the development of new forms of sharing culture online.

To that effect, there are now grant programmes for creativity on the internet aimed at producing digital forms of artistic presentation.

The ministry has also announced amendments to the cinematography law that would allow films to premiere on video-on-demand platforms.

So far, it’s too early to tell if these emergency measures might permanently change the way cultural and educational content is consumed in the region.

But for many educational and cultural institutions in emerging Europe, the pandemic marks the first time they have had to take online content distribution and collaboration seriously. Many are doing so in an admirably innovative way.

Ensuring that this surge of innovation and collaboration continues even when the pandemic is over may end up being the real test.