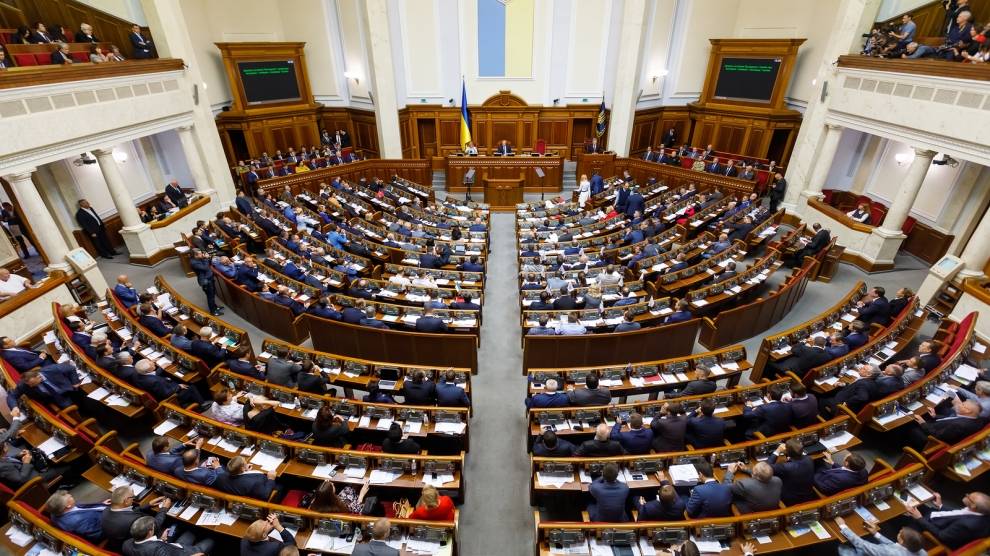 None of emerging Europe’s 23 countries currently qualifies as a full democracy. The news comes from the latest edition of the Democracy Index, an annual report prepared by the Economist Intelligence Unit (EIU). A dozen of the region’s countries are ranked as flawed democracies, eight are classified as hybrid regimes, and two – Belarus and Azerbaijan – are authoritarian. Kosovo is not included in the report.

Among the flawed democracies in the region, Estonia, the Czech Republic, Lithuania and Latvia experienced an improvement in score, while Slovakia, Hungary, Croatia and Romania recorded a deterioration. Estonia fared the best among the region’s flawed democracies in 2018, improving its score to 7.97 and its rank to joint 23rd, from 7.79 and 30th in 2017. This was mainly owing to a significant improvement in political participation and in perceived confidence in the government and in political parties.

Slovakia maintained its global rank of 44 but saw a drop in its score to 7.10 from 7.16 previously, owing to a fall in its score for civil liberties–a result of the murder of an investigative journalist, Ján Kuciak, and his fiancée, Martina Kusnirova, in February 2018, an incident that has received international attention and has undermined the government’s credibility and stability. In Hungary, the illiberal policies pursued by the prime minister, Viktor Orbán, have earned the ire of the EU and resulted in a decline in Hungary’s score for political culture.

Romania’s score for civil liberties dropped following the implementation in 2018 of several laws that curtail the effectiveness and independence of the judiciary. The chief prosecutor of the country’s anti-corruption unit, the DNA, was also dismissed in 2018 at the request of the minister of justice and against the views of the Superior Council of Magistracy.

Meanwhile, Armenia saw the most improvement among all hybrid regime countries in emerging Europe in 2018, raising its score to 4.79, from 4.11 in 2017. This led to a jump in its ranking from 111 to 103. The Velvet Revolution against an attempt by Serzh Sargsyan, the former president, to stay in power by switching to the post of prime minister resulted in the appointment of Nikol Pashinyan, an opposition leader, as prime minister. Mr Pashinyan’s opposition coalition subsequently swept the Yerevan municipal election and won a staggering 70 per cent of the vote in a parliamentary election in December 2018. These developments, and Mr Pashinyan’s subsequent anti-corruption campaign, improved the country’s scores for government accountability and transparency.

Macedonia, Montenegro and Bosnia also recorded improvements in their overall scores, while Moldova and Georgia experienced a fall in score in 2018. Georgia’s fall (5.50, down from 5.93 in 2017) was the steepest in the entire region. Georgia’s billionaire former prime minister, Bidzina Ivanishvili, returned to politics in May, resumed leadership of the ruling party, Georgian Dream, and, despite not holding elected office, redirected government policy.

In the authoritarian category, Belarus and Azerbaijan maintained their scores from 2018, albeit low ones. These countries also remain dictatorships, the report states, with little to no improvement in the scores for these countries expected over the coming years, as there appears to be no credible possibility in either of them of the political opposition gaining power. 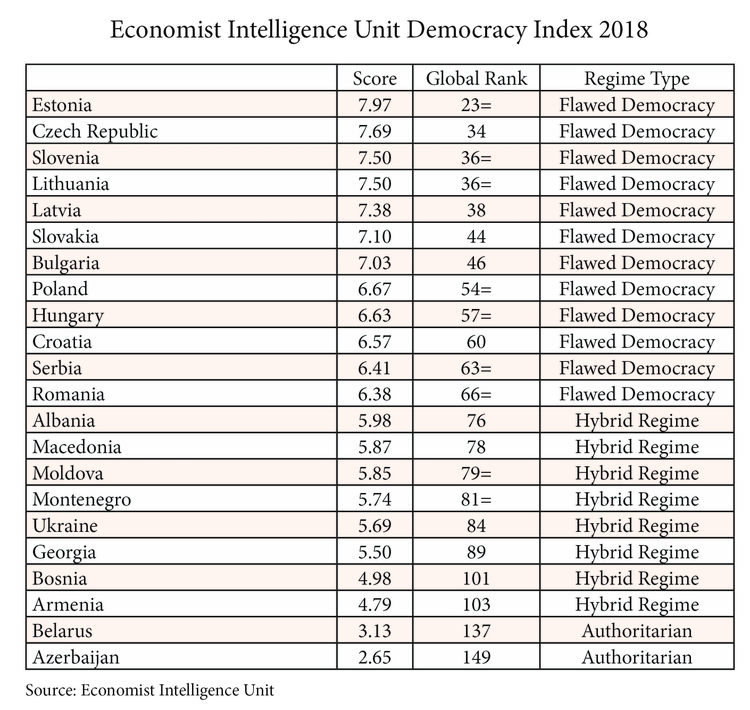