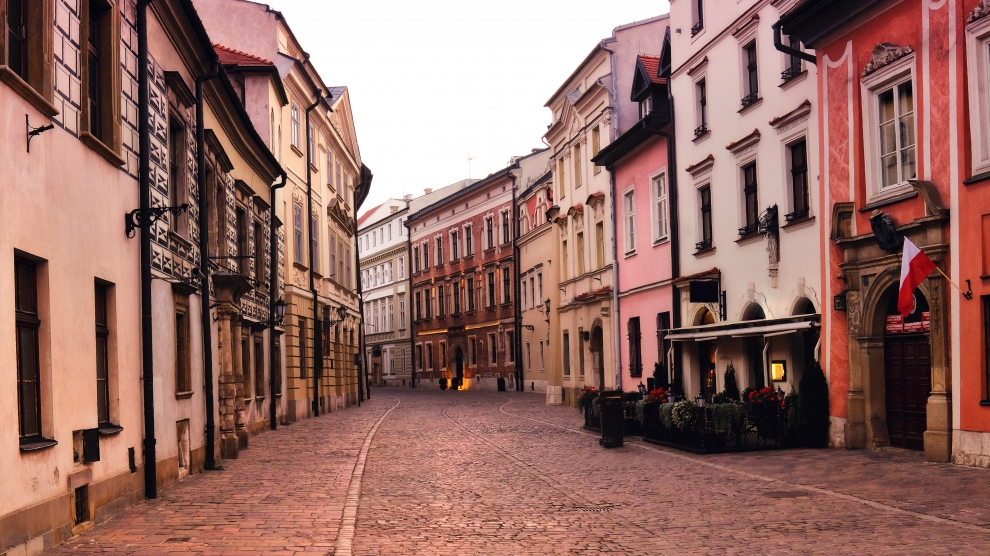 The global economy is now certain to enter recession due to the impact of the coronavirus outbreak, and parts of emerging Europe may be particularly vulnerable.

With almost all of the region’s countries now having confirmed cases of Covid-19 – Montenegro is currently the only exception – governments are scrambling to come up with measures which can mitigate the economic impact of the virus.

Most are aware, however, that the solid growth of the past six or seven years is probably over.

“The COVID‐19 pandemic and its economic consequences present an unprecedented challenge to the EBRD and its countries of operations.” said Sir Suma Chakrabarti, the president of the European Bank for Reconstruction and Development, announcing a solidarity package of one billion euros of emergency funds for Eastern Europe and Central Asia, focusing on emergency liquidity, working capital and trade finance.

“We have to take decisive and bold actions now, on all different levels. The shock is temporary, but we must all work together to ensure that it is as short and as limited as possible and that it does not create damage to our economies,” said European Commission President Ursula von der Leyen after announcing a 37 billion-euro investment initiative to provide liquidity to the European economy.

Presenting a crisis management action plan for businesses, Georgia’s prime minister Giorgi Gakharia said last week that the government would postpone collecting income and property taxes paid by Georgian hotels, restaurants, travel agencies and any other tourism companies for four months, while pledging to return up to 1.2 billion lari (386 million euros) to the country’s economy through VAT returns. The Georgian banking sector will also postpone loan repayments for individuals, micro-businesses and SMEs for three months.

On March 12, Georgia, whose economy is heavily reliant on tourism revenues, suspended flights from China, Iran and Italy to contain the further spread of the virus, with finance minister Natia Turnava claiming that the country’s tourism industry will lose around 30 million lari (close to 10 million euros) per month due to the travel restrictions.

The Georgian government’s move comes after the country’s trade turnover for January and February increased by a strong 6.1 per cent to 1.86 billion US dollars, with Georgia’s GDP up by 5.1 per cent in January.

Despite reporting only a small number of cases (18) as of March 16, Armenia’s economy will also take a hit: China and Iran, which have both been severely affected by the outbreak of the virus, are the country’s top trading partners. Chinese-Armenian trade turnover amounted to 950 billion US dollars in 2019. RFE/RL has reported that projects forming part of China’s flagship Belt and Road Initiative could be delayed, postponed or even cancelled.

Armenia’s economy minister Tigran Khachatryan said that the coronavirus outbreak – combined with the current Saudi-Russian oil tensions – would “not go unnoticed” in Yerevan, especially for the country’s tourism sector. However, he added that believes it is “too early” to make economic assessments.

In Azerbaijan, the failure of OPEC+ to reach an oil deal appears to be the greater concern.

“Naturally, the spread of the coronavirus epidemic has adversely affected some fields of activity, such as tourism and air transport,” said Mikayil Jabbarov, the country’s economy minister.

However, Mr Jabbarov, stressed that Azerbaijan “has strong financial immunity and a safety cushion against any external shocks”, pointing to the country’s strategic foreign exchange reserves. To stimulate economic growth, Baku will soon come up with a plan to support SMEs, with the country’s central bank expected to take “flexible measures” to preserve the stability of the manat, Azerbaijan’s national currency.

China’s economic performance will also have an impact on Ukraine.

In 2019, China become the country’s top trading partner, leaving Kyiv exposed at a time when the country is negotiating a much-needed financial programme with the International Monetary Fund (IMF). Ukraine’s new finance minister, Igor Umansky, expects a deal with the IMF by May.

Despite initial fears over a recent government reshuffle, IMF spokesperson Gerry Rice praised the cabinet of Ukrainian prime minister Denis Shmygal for its readiness to implement reforms and maintain macroeconomic stability. However, the Fund reportedly remains concerned about the influence of Ukrainian oligarchs over the country’s new government.

The National Bank of Ukraine last week cut its main interest rate by one per cent (to 10 per cent) to support the economy.

In Poland, the president Andrzej Duda, has called on banks to adopt a soft credit repayment scheme.

The Polish government, which has closed bars, restaurants and non-food businesses in the retail sector, believes that the country’s GDP growth could be cut by 0.5 to 1.3 per cent this year. It does not, however, expect the government deficit to exceed three per cent.

“In accordance with our most recent estimates, the economic situation will get a little worse, but this is not a catastrophe. We can deal with this,” said Adam Glapiński, the governor of the National Bank of Poland.

At the same time, Polish news agency PAP has reported that a consensus forecast of economists believe that the country’s GDP growth will drop by around 1.6 per cent, adding that potential losses in the Polish budget could push the country’s total deficit to four per cent.

On March 14, international ratings agency Moody’s announced that it would uphold Poland’s long-term foreign currency ratings at “A2” with a stable outlook.

In Hungary, the prime minister Viktor Orbán said that both the 2020 and 2021 budgets should be revised, while the government will come up with a new action plan to stimulate economic growth that will include “correction funds” of several billion euros.

The Hungarian government has already cut its GDP forecast for 2020 from four per cent to 3.5 per cent, with Mihály Varga, the country’s finance minister, now expecting a growth rate of 3.3-3.7 per cent for this year, while a drop of -0.3 per cent could also be seen depending on the severity of the global situation.

Serbia’s prime minister, Ana Brnabić, has announced an additional 24 billion dinars (204 million euros) would be invested in the country’s infrastructure to soften the effects of the outbreak on the Serbian economy.

The measures follows a previously announced 14 billion-euro plan to boost economic growth by supporting investment until 2025.

Fearing a serious drop in tourism, Bulgaria will also revise its budget for 2020, while Romania’s new government will publish an emergency economic programme early this week.

“The authorities and the business environment must have a three-dimensional approach: maintaining the socio-economic and fiscal-budgetary balance, taking concrete action to help the most affected and important sectors, as well as creating a risk matrix so that they are prioritised depending on how the situation evolves in the economy,” Romania’s Foreign Investors Council and the Concordia Employers’ Association said in a joint statement, proposing a number of economic measures which include temporary tax holidays, loan schemes and labour code flexibility.

The Baltic countries are also bracing for an economic slowdown: the Latvian government has set out a one-billion euro relief package in the form of financial instruments to support local businesses, while Estonia will allocate an estimate 1.5-2 billion euros in economic relief.

How to work from home
Slovenian strongman back at EU top table: Elsewhere in emerging Europe
Comment