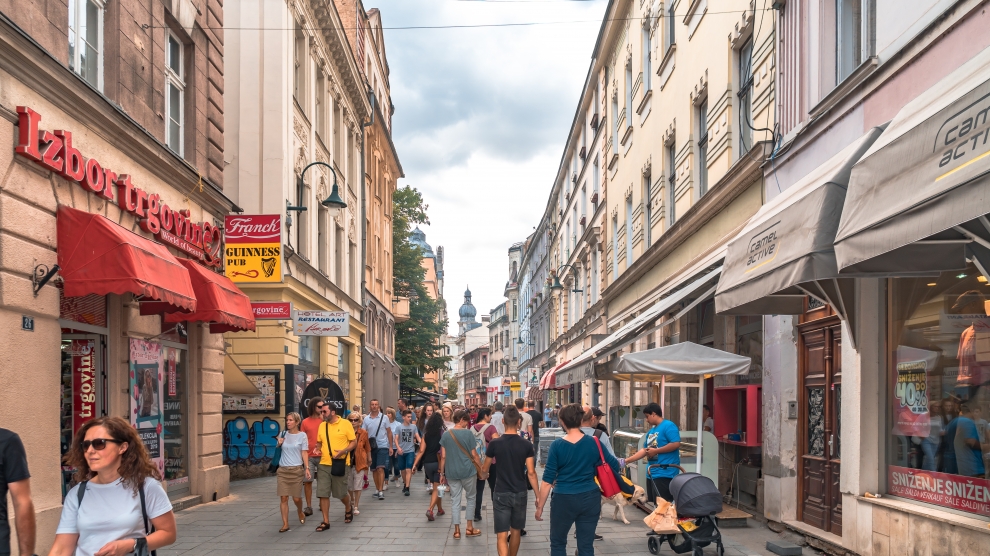 The European Commission has reiterated its commitment to the countries of the Western Balkans, setting out a number of clear and precise recommendations for states seeking to join the European Union in a new report assessing the implementation of fundamental reforms in the region.

According to the EU’s foreign policy chief, Josep Borrell, “the citizens of the Western Balkans are part of Europe and they belong in the European Union.”

The Commission believes that a credible enlargement policy is a geostrategic investment in peace, security and economic growth in the whole of Europe, more so in times of increasing global challenges and divisions, stating that “the firm and merit-based prospect of full EU membership for the Western Balkans is in the European Union’s very own political, security and economic interest.”

In March of this year, the EU set out concrete proposals for strengthening the accession process, by making it more predictable, more credible, more dynamic and subject to stronger political steering. The strengthened approach underlines the importance of a merit-based accession process built on trust, mutual confidence and clear commitments by the European Union and the Western Balkans, with an even stronger focus on fundamental reforms.

However, the EU’s report notes that credible progress in regards to the rule of law remains a significant challenge in the region, which often correlates with a lack of political will. A slow pace in judicial culture continues throughout the Western Balkans without sufficient commitment to the principle of judicial independence. The overall pace in the fight against corruption has slowed down and the track record in most partners is far from meeting the requirements for membership, whilst in the area of freedom of expression and media pluralism there has been the least progress last year.

One of the most pressing issues in the region remains the need to normalise relations between Serbia and Kosovo, where relations between Prishtina and Belgrade continue to be challenging. However, there have been some small positive steps. In April, the then caretaker government in Kosovo fully lifted a 100 per cent tariff on imports from Serbia and Bosnia and Herzegovina, which had been in place since November 2018 and in June all reciprocity measures were lifted. The resumption of EU-facilitated dialogue in July and the commitment of both parties to re-engage is also highlighted by the European Commission as a sign of good faith.

“From the start of the mandate of this Commission, my aim has been to make sure both our partners in the Western Balkans and our member states regain trust in the accession process,” says European Commissioner for Neighbourhood and Enlargement Olivér Várhelyi. “Our rigorous but fair assessments detail where the countries stand with the reforms, with clearer guidance and recommendations on the future steps. Their dynamic implementation will speed up their progress on EU path and bring long-lasting results. In parallel, we have presented an economic and investment plan to spur their long term recovery and accelerate their economic convergence with the EU.”

That plan mobilises up to nine billion euros of funding for the Western Balkans, and aims to spur the long-term recovery of the region, a green and digital transition, foster economic regional cooperation, boost economic growth and support reforms required to move forward on the EU path.

The plan identifies 10 investment flagships to support major road and railway connections in the region, renewable energy and the transition from coal, renovation of public and private buildings to increase the energy efficiency and reduce greenhouse gas emissions, waste and waste water management infrastructure, as well as the roll out of broadband infrastructure. Other flagships include increased investments in the private sector to boost competitiveness and innovation, in particular of small and medium sized companies.

In addition to the EU’s grant funding to the region, the EU will also provide guarantees to help reduce the cost of financing for both public and private investments and to reduce the risk for investors. Support through the new Western Balkans Guarantee Facility, under the EU External Action Guarantee and the European Fund for Sustainable Development Plus, is expected to mobilise potentially investments of up to 20 billion euros in the next decade.

However, not everyone with impressed with the economic and investment plan. “There is much we agree with in today’s package for the Western Balkans, including the lack of progress on tackling corruption and the need for investments in sustainable renewable energy and a circular economy. But the European Commission’s blatant lobbying to expand fossil gas use in the region is utterly unacceptable and in conflict with the EU’s own 2050 decarbonisation goals,” says Ioana Ciuta, energy coordinator for the CEE Bankwatch Network, and environmental NGO.

“The predominance of hydropower in the flagship renewable energy projects is also worrying, given its environmental impacts and climate vulnerability,” adds Pippa Gallop, Bankwatch’s Southeast Europe energy ddvisor. “The region needs support to concentrate on energy savings, solar and appropriately-sited wind, not to be further distracted by 20th Century technologies.”