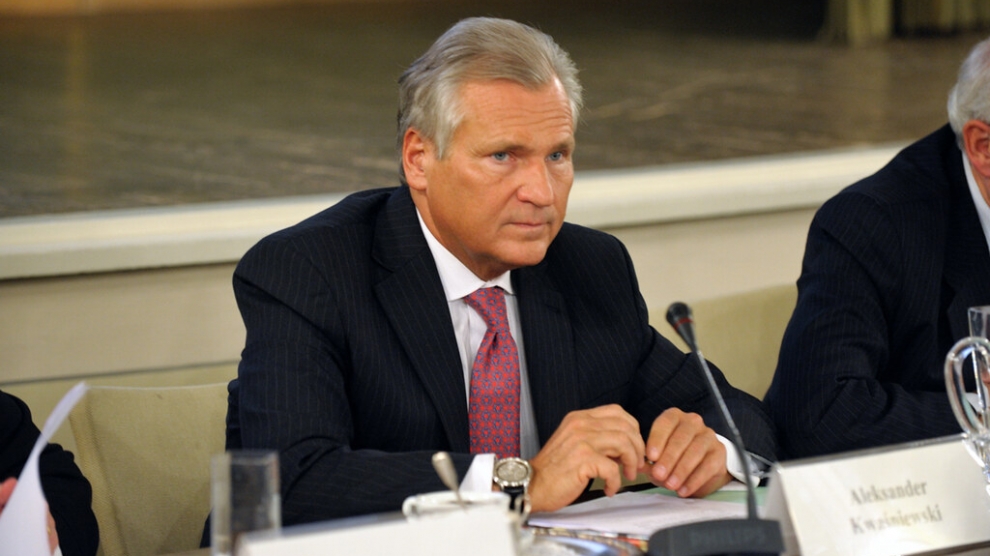 May 1 marks 15 years since Poland and seven other emerging Europe countries joined the European Union. For Aleksander Kwaśniewski, Poland’s former president who signed the accession treaty, this was the most important event in Polish history.

“We have made good use of this 15th anniversary. Poland has developed. Even the colossal spending on social programmes that PiS [Poland’s ruling party] is taking today is possible thanks to its presence in the EU,” Mr Kwaśniewski (pictured above) said on Radio TOK FM.

“We have received a lot of resources, opportunities, we have adopted European standards concerning the economy, law and civil society. Even if I were pressed against the wall, if I had to point out some weakness resulting from joining the EU, I would have a problem. Polish agriculture has grown very much, we have received direct subsidies and we have become competitive. Today’s promises of subsidies for pigs are all thanks to the EU. This progress is even more visible in the countryside than in cities,” he explains.

Since Poland joined the EU, the country has received EU funds worth 163 billion euros and paid the EU membership fee of 53 billion euros. The balance accounts for 110 billion.

However, while being a part of the EU has been beneficial for Poland and many other countries, Mr Kwaśniewski also feels that the European Union has been a victim of its own success.

“This is the typical fate of structures that have existed for several decades and have been successful — that’s how it is. The European Union has been the victim of its own success,” the former president told Polish Daily Gazeta.pl.

“We have been in the EU for 15 years, the prospect — if we do not spoil anything — is also long-term. However, there are two threats today: the EU has strong opponents: China, the United States, and Russia. There are internal enemies, or disintegration forces, and for us the biggest threats the policies of PiS that are marginalising Poland, bringing Poland to the role of a country that only uses resources, and does not build a European community that should be our common space, hope.”