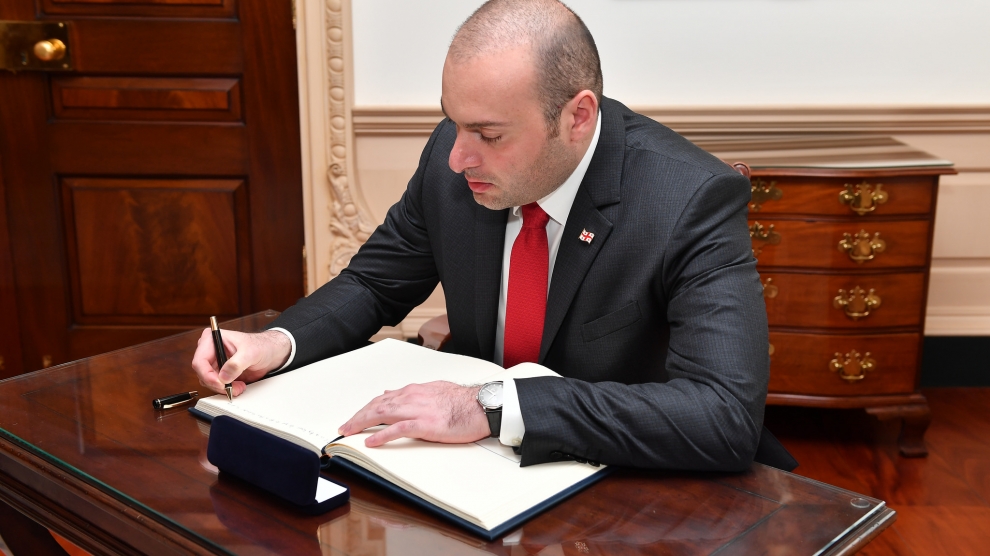 A spokesperson at Georgia’s ministry of economy and sustainable development has defended the country’s business climate following criticism from a leading businessman.

Fady Asly, the chairman of International Chamber of Commerce Georgia (ICC), last week sent an open letter to the country’s prime minister Mamuka Bakhtadze (pictured above) to appeal for an end to what he calls “aggression against local businesses and foreign investors”.

In his letter, Mr Asly is particularly critical of Bidzina Ivanishvili, a former prime minister and the founder of the ruling Georgian Dream party, the country’s richest man and most influential figure.

“As a daily observer of your government since 2013, I notice that there are two sides running the country,” writes Mr Asly. “There is an official but powerless side represented by some of the government’ ministers and their teams, who understand how a country should be run and who work around the clock to promote Georgia, encourage foreign investment, fight poverty and improve the business environment, and an unofficial side that is the real power in the country, represented by Bidzina Ivanishvili.”

Mr Asly points to a recent drop in foreign direct investment as evidence that businesses are increasingly being put off from investing in Georgia.

“If I, the chairman of the International Chamber of Commerce in Georgia don’t feel safe or confident to invest in my own country how can I encourage any foreign investor to do so?”

In response, the ministry of economy and sustainable development said that business in Georgia has never had such strong support from the state, and points out that the country is ranked sixth in the World Bank’s Ease of Doing Business Report.

“However, there might be rare cases where foreign investors start cooperation with dishonest local partners, while some individual public servant might abuse their discretion. Such negative cases are very rare, however, so it would be a mistake to judge the attitude towards investors in Georgia and make general conclusions based on those rare cases. We carefully study each negative case in order to provide assistance to a certain business and, at the same time, further improve the investment environment. We call on all investors with a negative experience in our country to address us immediately in order to receive our timely support.”