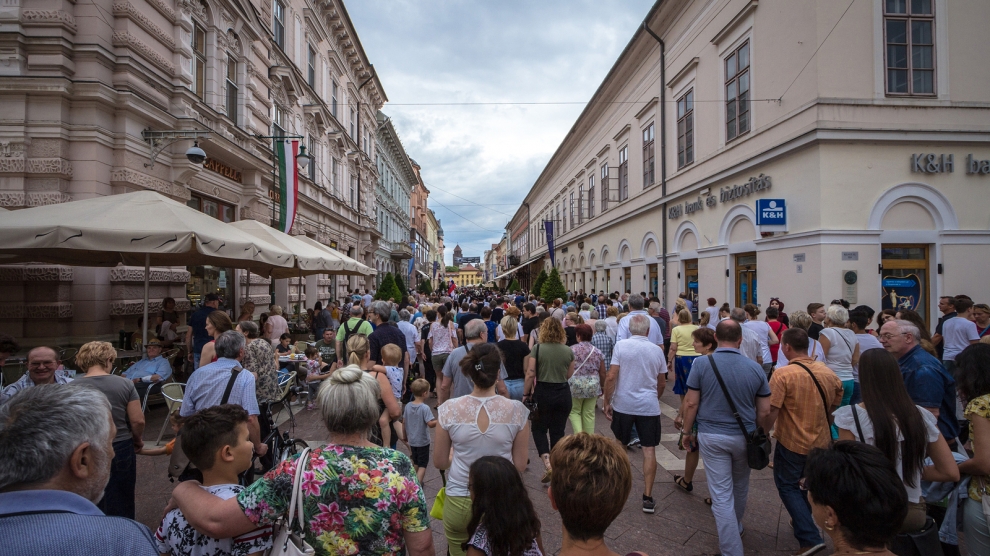 Hungary’s GDP growth is the highest in the European Union, reaching a record level of 5.3 per cent thanks to higher investments and exports, solid employment and rising wages.

“The Hungarian economy’s performance was more than three times higher than the EU average of 1.5 per cent”, said the country’s finance minister Mihály Varga.

“Since the turn of the millennium, Hungary only saw such strong growth in the first quarter of the year 2000, but that growth was coupled with a significant rise in public debt. This time the situation is quite different: state debt has continuously been falling in the past eight years and the budget deficit is modest, which means that this growth is based on a different economic structure”, he added.

According to the Central Statistical Office (KSH) the growth rate is above the estimated 5.1 per cent, but it could lose momentum over the full year of 2019.

The Századvég economic research institute warned that the Hungarian economic expansion had taken place within a less positive external environment, especially when it came to Germany, Hungary’s main export destination.

However, German automotive giants such as BMW and Mercedes announced on May that despite some internal adjustments, they won’t postpone or cancel their planned investments in Hungary.