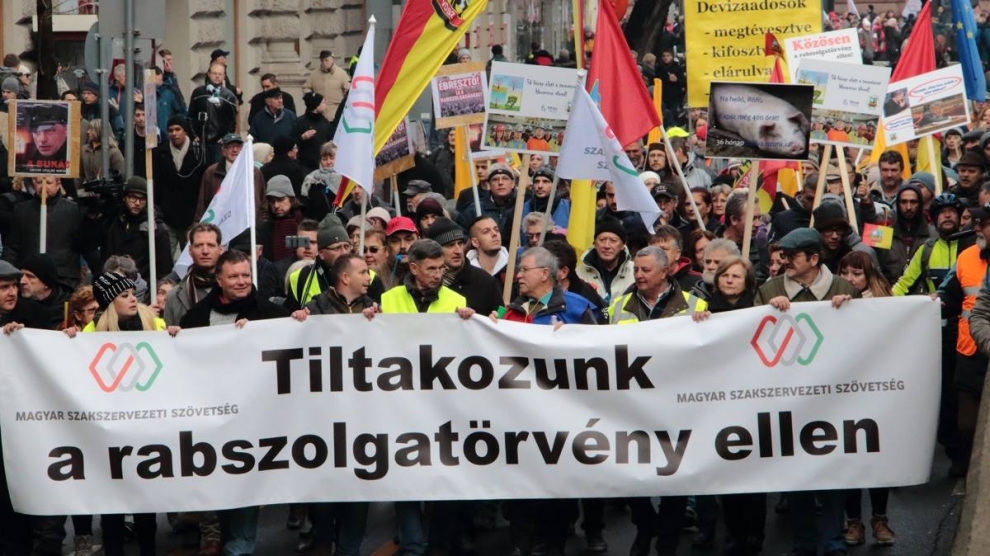 Trade unions have protested across Hungary against what they call “a slavery law,” a government plan to change the labour code and increase annual overtime from 250 to 400 hours.

Critics claim that the bill was submitted by the ruling Fidesz party in response to German automotive giants, a key part of the Hungarian economy, having lobbied Budapest to loosen overtime restrictions due to increasing labour shortages in the country.

“Most investments in Hungary come from North Rhine-Westphalia, with over 11 billion euros invested annually,” Hungarian Minister of Foreign Affairs and Trade Péter Szijjártó said during a trip to Germany a few weeks ago. “So it is very important that North Rhine-Westphalian companies investing in Hungary have clearly welcomed legislative proposals that further enhance the competitiveness of the country and improve the job market.”

Trade unions however fear that the new law will not allow employees to receive any premium payments even if they work longer hours.

László Kordás, the leader of the Hungarian Confederation of Trade Unions (MASZSZ) said the law “attacked a wide strata of society.”

“Workers would be obliged to do 50 days overtime a year,” he added.

Hungary’s parliamentary opposition has submitted 2800 amendments in order to delay or even block the law law.

“In contrast to the socialists who made a million people unemployed, we have created nearly 800,000 jobs and we are steadily raising wages,” he added.

Unemployment in Hungary is currently just 3.7 per cent.