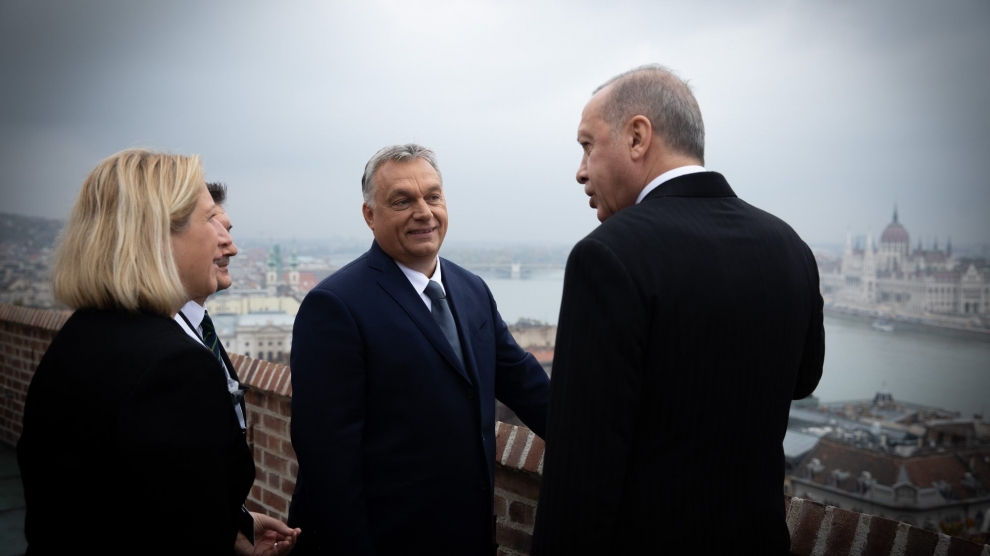 The European Union cannot stop mass migration without the assistance of Turkey, the Hungarian prime minister Viktor Orbán has said after a meeting with the Turkish president, Recep Tayyip Erdogan.

Speaking at a press conference in Budapest, Mr Orbán said that Turkey was Hungary’s “strategic partner in security and migration” and the two countries were aiming for deeper defence cooperation.

“We need gas coming from Turkey,” Mr Orbán stressed, pointing to the Russian-built TurkStream that will deliver gas through the Black Sea, Turkey, Bulgaria and Serbia to Hungary.

In turn, the Turkish president pointed out the 10 agreements signed by the two leaders, adding that Turkey is aiming for closer cooperation with all four countries of the Visegrád Group, which also includes the Czech Republic, Poland and Slovakia.

Both leaders said that the current level of trade between the two countries – worth around three billion US dollars – should be increased to an annual six million US dollars in the coming years.

Mr Erdogan also used his Budapest visit to hit back at critics of Turkey’s offensive in northwest Syria. Hungary was the only EU country to openly support the Turkish invasion, arguing that it was necessary to reduce migration to Europe.

“We should not take the problem to Europe, but the help to where it is needed,” he said, referring to the four million refugees in Turkey whom Mr Erdogan has threatened to send to Europe if he does not receive further support.

While Mr Erdogan thanked the Hungarian PM for “always supporting” Turkey’s accession to the EU, Mr Orbán did not clearly say if he still supported the bid. He did, however, say that he hoped the EU would finally clarify “where Europe’s borders are, and what will be done about the question of Turkey’s EU membership.”

Mr Erdogan’s visit to Budapest was marred by thousands of people protesting in the Hungarian capital, rallying against Turkey’s Syria offensive and in support of the Syrian Kurdish community.