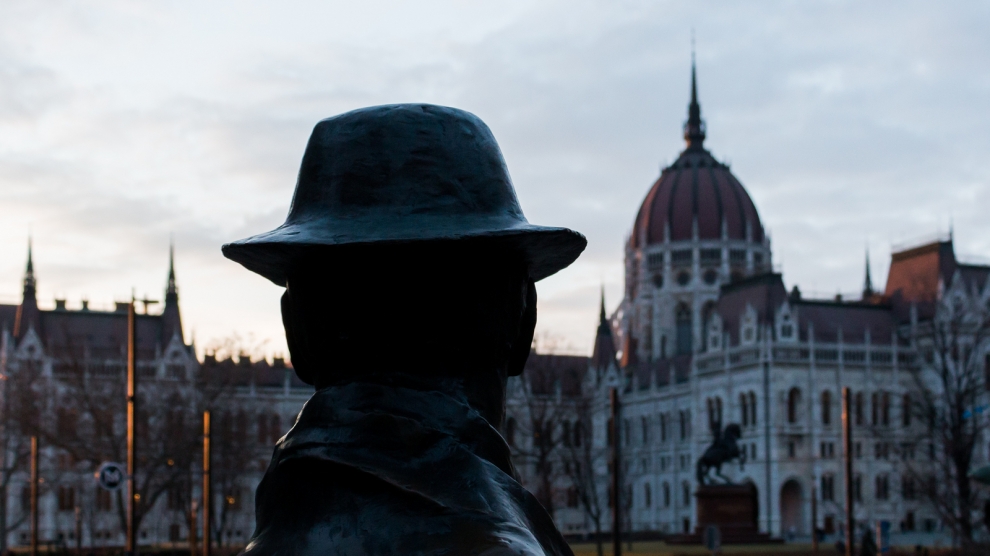 A Budapest memorial to Imre Nagy, Hungarian prime minister during the revolution of 1956, was removed by the authorities early on the morning of December 29. The removal of the memorial, installed on a  bridge close to the Hungarian parliament in 1996, has sparked criticism from the leftist Democratic Coalition (DK) and the Nagy Imre Society.

Prime minister twice, Nagy was arrested  during the revolution of 1956 and executed two years later. He was buried in an unmarked grave. His name then went unmentioned in the history books, until his reburial in 1989, an event at which current prime minister Viktor Orbán spoke, in front of 200,000 people. Since then, Nagy has been a symbol of a new and free Hungary.

“The memorial’s removal is a shameless act on the government’s part which will again bring people on to the streets,” said Gergely Orsi, a Budapest councillor.

According to Tamás Wachsler, the chief coordinator of renovation work taking place around parliament, the statue of Nagy will be relocated to a spot close to Jászai Mari Square. In its place will go a memorial dedicated to the those killed in the Red Terror in 1919. A similar memorial stood in the same place before World War II.