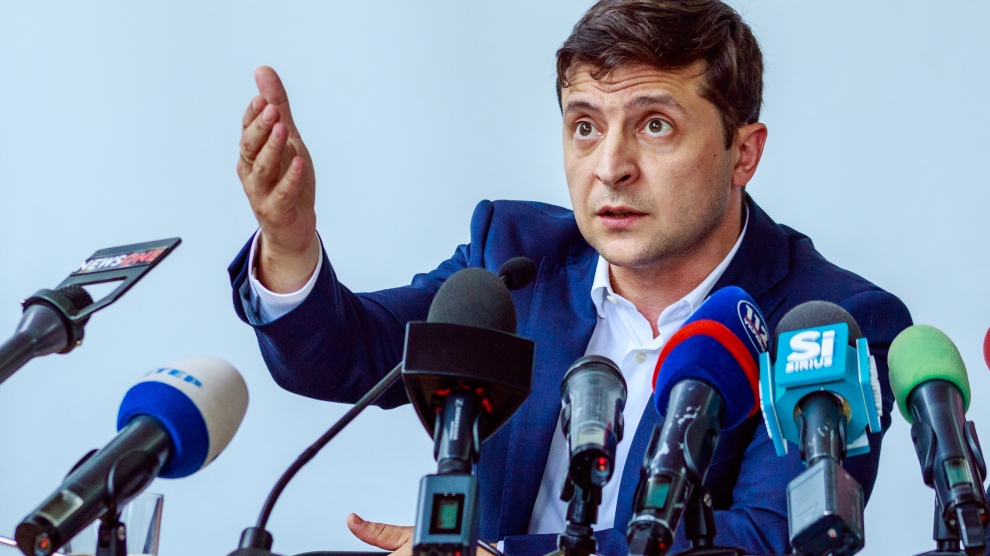 Ukraine is once again experiencing robust growth due to a rise in consumption, with public debt appearing sustainable and non-residents boosting the value of the hryvnia, Ukraine’s national currency, the Institute of International Finance (IIF) has said.

According to the institute’s latest report, Ukraine looks set to a 3.5 per cent rise in its GDP in 2019 due to strong domestic demand, with the snap parliamentary elections having “likely prevented a slowdown in investment.”

The IIF noted that “external financial pressure has eased” since the US Federal Reserve and the European Central Bank both started loosening monetary policy, while the non-resident holdings of Ukrainians have increased dramatically since late-2018, reaching 10.9 per cent by mid-August.

“Despite favourable global financial conditions, Ukraine is at risk of a change in market sentiment,” the IIF’s analysts said, pointing to a potential delay in the country’s new IMF programme that could change the mood of the market and lead to capital outflows.

The report stressed that the hryvnia’s depreciation posed the most important risk to the sustainability of Ukraine’s public debt. The IIF expects Ukraine’s national currency to remain “broadly stable” in the near term, with high interest rates and slowing inflation likely attracting more interest in hryvnia-denominated bonds.

The analysts said that Ukraine’s export reorientation towards the EU following the signing of an Association Agreement with the European bloc has supported the current account, while exports have proven to be resilient despite the slowdown in the eurozone. “The overall slowdown of the world economy could lead to lower demand for agricultural goods and (…) cause a deterioration of the current account,” they IIF said, with emigration to other CEE countries expected to continue.

The also IIF warned that the main risk to Ukraine’s development was political as it is still unclear what policies the ruling Servant of the People party will pursue, while future divisions within the party cannot be ruled out, either. “Therefore, the new government should attempt to pass the most important pieces of legislation by the end of the year,” the report concludes.