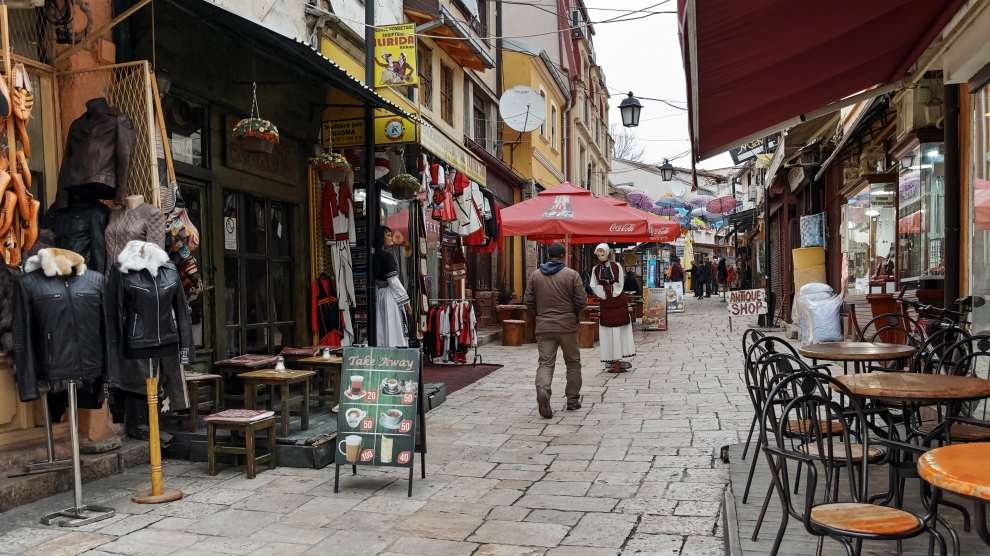 The Covid-19 pandemic is hitting North Macedonia hard, with lockdowns, disrupted supply chains, and a prolonged, adverse epidemiological situation darkening an already dim economic outlook in the country. As a result, the country is coping with its deepest recession in two decades affecting all sectors of the economy and economic activity is forecast to decline by 4.1 per cent in 2020, according to the World Bank’s latest Regular Economic Report (RER).

North Macedonia is not alone, with all countries in the Western Balkans facing recession and regional growth now forecast to contract by 4.8 per cent in 2020, 1.7 percentage points lower than forecast in April. A second, stronger wave of the pandemic since mid-June is delaying economic recovery in the region. Travel restrictions and social distancing measures have also depressed growth in those countries more reliant on tourism.

Although government support in North Macedonia has cushioned the impact of the crisis on the labor market, the unemployment rate increased, to 16.7 per cent, for the first time since since 2011, as 17,690 people lost their jobs in the second quarter of the year. Government support programmes also helped alleviate some impact on workers and firms, but fiscal space narrowed, as debt exceeded 60 per cent of GDP. With the end of the economic crisis uncertain, pressure on labor markets and incomes is likely to continue for some months, notes the report.

“The near-term outlook for North Macedonia is positive, but heightened, downside risks remain. The containment phase has not yet finished and a protracted pandemic, coupled with persisting social distancing measures, may further delay a return to recovery,” says Massimiliano Paolucci, World Bank country manager for North Macedonia.

“Going forward, economic and social measures to remedy the crisis will be the main priority, but it will also be important to continue with necessary medium-term fiscal, competition, environment, and governance reforms to ensure a sustainable recovery and EU accession.”

The pandemic is further challenging labour markets in the region and threatening to undermine progress countries in the region have made on their welfare agendas, particularly poverty reduction. By June, unemployment rate in the region had risen by a half of a percentage point, erasing 139,000 jobs. An additional 300,000 people have also fallen into poverty in Albania, Kosovo, Montenegro, and Serbia – a significant number, but fewer than half of the total had government response measures not been put in place, notes the report.

“Like in much of the rest of the world, the Covid-19 pandemic is continuing to hit people hard in the Western Balkans, threatening the health and economic well-being of people in all six countries,” says Linda Van Gelder, World Bank country director for the Western Balkans.

“As bad as this situation is, it would have been much worse had governments not taken swift measures from the outset of the crisis. The first priority remains getting the health crisis under control and limiting the economic damage. Policymakers in the region will then need to focus on strengthening their economic fundamentals for a resilient recovery.”

According to the report, all six countries in the Western Balkans region were quick to introduce policies to protect lives and livelihoods. The introduction of large, job-retention schemes, including employee subsidies, helped arrest some of the worst impacts of the pandemic on employment, while social assistance programs, such as cash transfers, helped protect the most vulnerable populations in the region in the face of lockdowns and other restrictions. Despite these measures, however, the gains in labor force participation made in the region over the last several years have now been erased and progress on poverty reduction is being imperiled by the crisis.

“Apart from improved health systems and robust social protection mechanisms, policymakers in the region will need to take measures to enhance human capital, build stronger institutions and strengthen the rule of law. The unfortunate situation of needing to spend more in a time of declining revenues puts additional pressure on governments in the region to prioritize fiscal sustainability, including through improving public spending and strengthening tax compliance,” says Van Gelder.

The report acknowledges that the speed of recovery, in the short term, will depend on how the pandemic evolves, the approval of a vaccine that allows for the normalisation of economic activity, and a sustained recovery for the region’s main trading partners, especially the European Union.