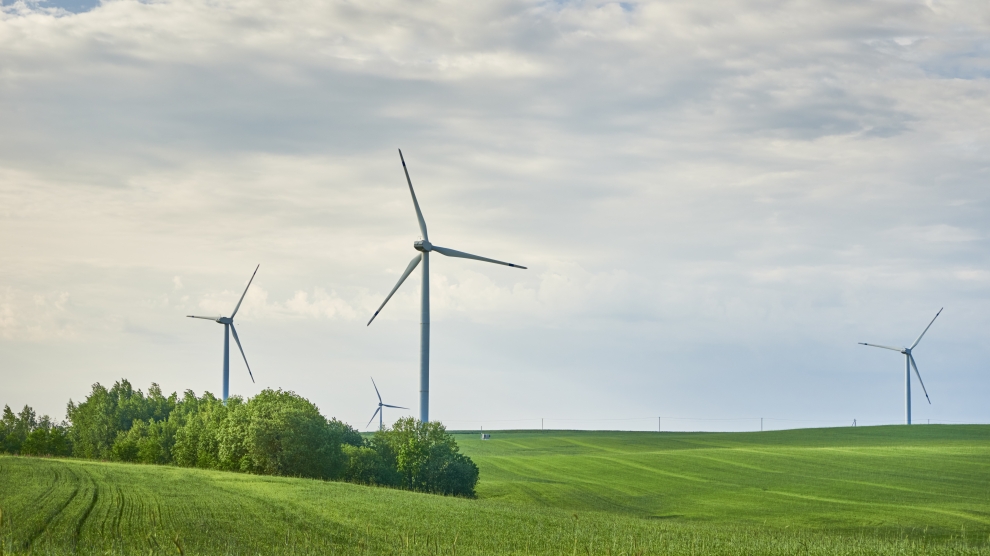 Like most the world, emerging Europe is at an energy crossroads. In order for the region to achieve its climate goals and make the European Union’s Green New Deal work, all stakeholders will have to work together and make real improvements to people’s lives. Fortunately, current trends are encouraging, with increasing numbers of key decision makers understanding the importance of green energy and green technologies.

These were the conclusions drawn at the end of a highly constructive discussion dedicated to energy and the climate, part of the recent Emerging Europe and United States: Towards 2030 event, a unique initiative focused on developing smart and sustainable future relationships between the region and the US, organised by Emerging Europe on August 27.

“Climate change is a reality and  environmental degradation is only one of its effects. Another reality is that we are currently facing a crisis caused by the novel coronavirus pandemic,” said Cristian-Silviu Bus̩oi, a Romanian MEP and chair of the industry, research and energy committee (ITER) in the European Parliament.

“The crisis has deepened existing problems faced by all sectors, but has also presented opportunities for green recovery and reconstruction that will support member states to embrace a low carbon future.”

This low carbon future will involve a shift toward green energies such as hydrogen, and a move away from coal and eventually even from gas. In the transportation sector, electric cars and buses could make the necessary difference in reducing emissions that would enable EU member states to achieve the ambitious goal of being carbon-neutral by 2050.

As Mr Bus̩oi points out, any talk of climate also includes energy, and the two fields are inexorably linked.

“Energy and climate are interlinked and will always be as energy accounts for two thirds of total greenhouse gas emissions, consequently all efforts that will focus on tackling climate change will need to have energy as a major component,” he explains.

Right now, there are encouraging trends when it comes to public transport, although the the car market lags behind.

“When we look at Polish cities many of them already have electric buses. This is a revolution that is driven by people putting pressure on local governments, demanding better air quality, less noise, and a general better quality of life,” she explains.

Government and EU subsidies for electric public transport procurement are of paramount importance as they enable cities to purchase electric buses at nearly the same cost as conventional vehicles.

Similar programmes exist around the region for consumer cars, but adoption is still somewhat limited. The panel pointed out this is primarily due to the fact that electric vehicles (EVs) are still noticeably more expensive than cars powered by fossil fuels.

Ms Sobótka-Demianowska does see an opportunity, however. If electric cars are to be adopted, manufacturers could rethink the ways in which they sell them.

“Maybe you don’t need to own the car, maybe you can rent it and pay a monthly fee together with your electricity bill,” she says.

There is a significant chance, according to Carlo Pignoloni, CEO and country manager of Enel Romania, that as the EV market matures, prices will fall.

Electric cars will also need accompanying infrastructure, and that is something companies are interested in providing.

“We at Enel are strongly interested in this sector because we believe this is the way to fight climate change,” Mr Pignoloni says.

“We are undertaking some investment for the deployment of the infrastructure network needed in order to make available the charging points for cars.”

Positive trends can also be seen on the investing and financing side of the climate and energy equation. Many investors, especially those from younger generations, no longer look merely at financial parameters when they choose where to invest.

Instead, they are turning to ESG (environmental, social, and governance) indicators to help them make the right investment that makes sense in the context of climate change and energy transformation.

“There are opinions that ESG investments are a kind of fashion that will pass. In my view that is not an option, and I think that the ESG trend will shape the capital and financial markets globally for years to come,” says Izabela Olszewska, a member of the management board and CSO of the Warsaw Stock Exchange.

The market for ESG investments is growing globally with it’s current valuation being 30 billion US dollars (around 25 billion euros) with the largest share belonging to European funds, followed by those in the US.

Europe and America need to work together to solve the complicated issues of climate change and energy policy, according to Mr Bus̩oi.

“I’m a big supporter of deepening the relationship between the EU and the US, between the central and eastern parts of the EU, not only in the field of political and military cooperation but also to reinforce and strengthen the economic and energy dimension,” he says.

Sebastian Jabłoński, CEO of TRMEW Obrót, one of Poland’s largest independent energy companies, adds that in order for Europe to get to zero emissions, real people need to think of it as a chance for a better life.

“And that can be only achieved if we go from governments talking and big corporations talking to everyone being involved in the process. People have to see values for themselves,” he says.

Opportunities exist in the transformation. According to Mr Jabłoński, a transition to green energy and renewables could actually create more jobs that it takes away.

Emerging Europe and the EU itself have been hit with the fallout of the Covid-19 pandemic at a time when they’re already facing the Goliath of climate change, but the panel agrees there is a way forward.

As investors start seeking out companies that take ESG seriously, governments invest into green energy and begin to exit fossil fuels, the region might just succeed in hitting its targets. But for this to happen, stakeholders on all levels will have to work together and be a part of the conversation.

The panel was in agreement that Covid-19 lockdowns have had the effect of slowing down life, and have given time to people to reflect on the importance of health. They have raised awareness of the fact that health, the environment, climate, and energy policies are part of the same challenge.

Poland’s Łódzkie region will lose out on energy transition funds unless Poland commits to EU energy targets
Soaring amid the pandemic: Elsewhere in emerging Europe
Comment