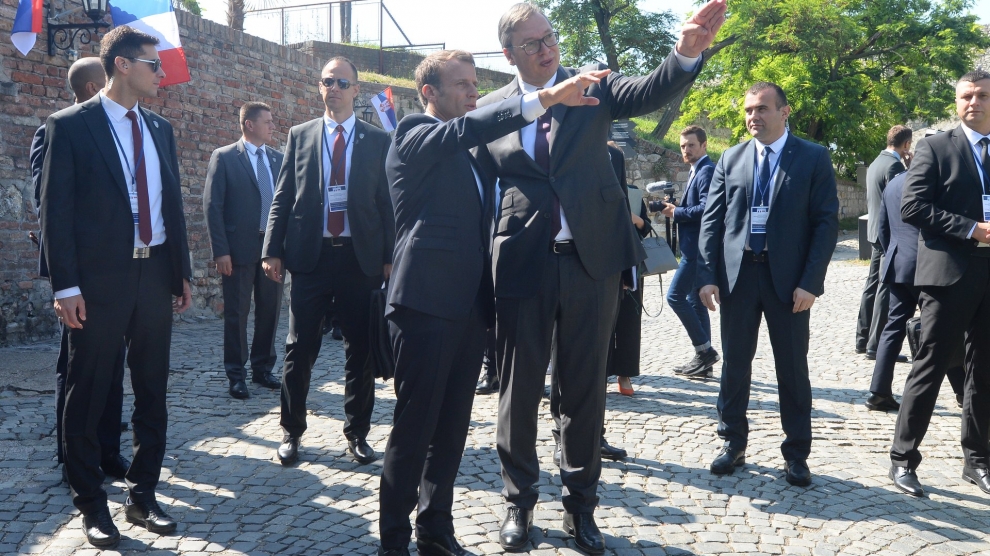 The French president, Emmanual Macron, has said that he and German chancellor Angela Merkel will initiate new negotiations between the Serbian and Kosovar governments, adding that France’s interest is to see a compromise and avoid any unilateral move when it comes to settling bilateral relations.

Speaking on a visit in Belgrade, Mr Macron said that Serbia had “an ability to defend the sovereignty of the country, as well as to build compromises with neighbours, and that is what Europe’s strength is.”

The French president emphasised that Serbia already had its place in Europe and that the country’s exact accession date to the European Union is “less important”. Responding to questions from the Serbian press as to why France has not agreed to a potential accession date in 2025, he said that “it is not good to join Europe too quickly as that would not be good for neither Serbia nor Europe.”

“I am confident [that] Mr Macron’s energy and political enthusiasm can change a lot of things on the European continent and help our country,” said Serbian president Aleksander Vučić after asking for his French counterpart’s help to support Serbia’s EU accession bid.

On July 16, delegations of the two countries signed 22 bilateral agreements in the fields of economy, military, energy, culture, education, as well as cooperation between French and Serbian companies.