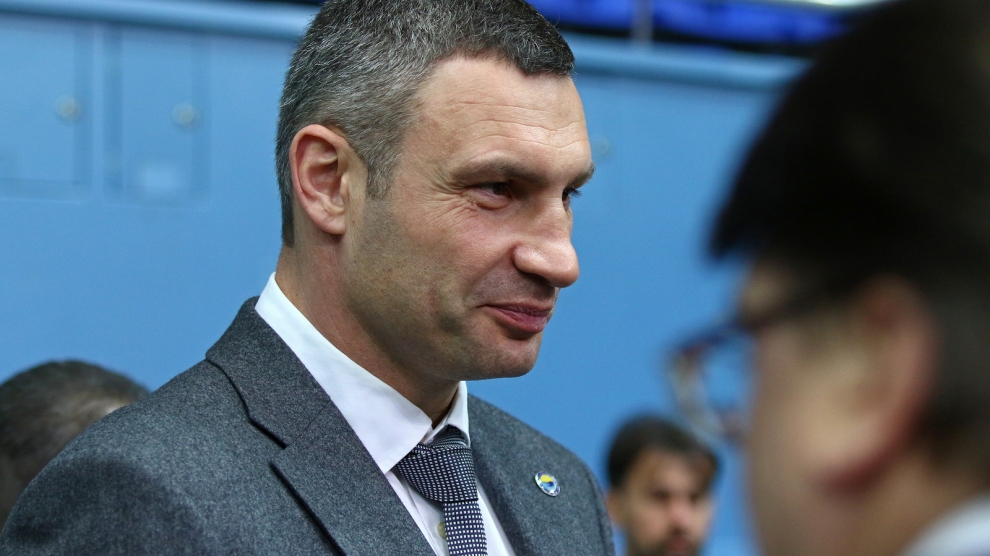 “I am ready to lend my political shoulder. I am convinced that our alliance will double the efforts to change the country. And together we have a plan for changes and people who are able to introduce them,” said Mr Klitschko, a former heavyweight boxing champion of the world.

Responding in a video message on June 5, Mr Saakashvili thanked the Kyiv mayor for his offer. He said he was willing to join the UDAR for the election, but only if the party carries out reform, demanding that Mr Klitschko dismiss party leaders loyal to former Ukrainian president Petro Poroshenko, and those who might have been affiliated with corruption.

The former Georgian president, whose Movement of New Forces party has been blocked from participating in the parliamentary election, recently returned to Ukraine after the country’s new president Volodymyr Zelensky reinstated his citizenship.

According to the latest poll by the Rating Sociological Group, Mr Klitschko’s UDAR party is supported by just 0.3 per cent of voters.