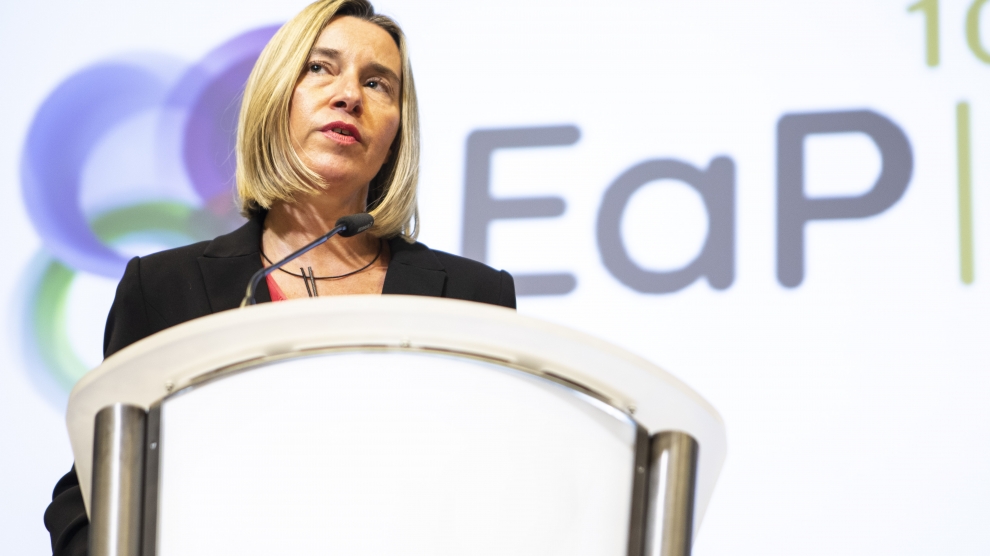 “Since 2014 we have put together for Ukraine the biggest support package in the history of the European Union – worth over 15 billion euros,” Mrs Mogherini told MEPs at the October plenary session of the European Parliament, adding that the Association Agreement between the EU and Ukraine “is the most ambitious agreement that the European Union has ever developed with any partner.”

According to Mogherini, the agreement has already started to pay off, proven by the fact that bilateral trade has increased almost 50 per cent since the Deep and Comprehensive Free Trade Agreement (DCFTA) came into force in January 2016.

The EU foreign policy chief also noted that the bilateral cooperation had a “very tangible impact” that led to the creation of thousands of jobs, contributed to the reform of the Ukrainian defence sector, as well as easier access of Ukrainians to Europe with the help of visa liberalisation.

“The European Union and Ukraine have never been closer,” she stressed.

The plenary address comes after US President Donald Trump criticised the EU – France and Germany in particular – for not supporting Ukraine as much as the United States.