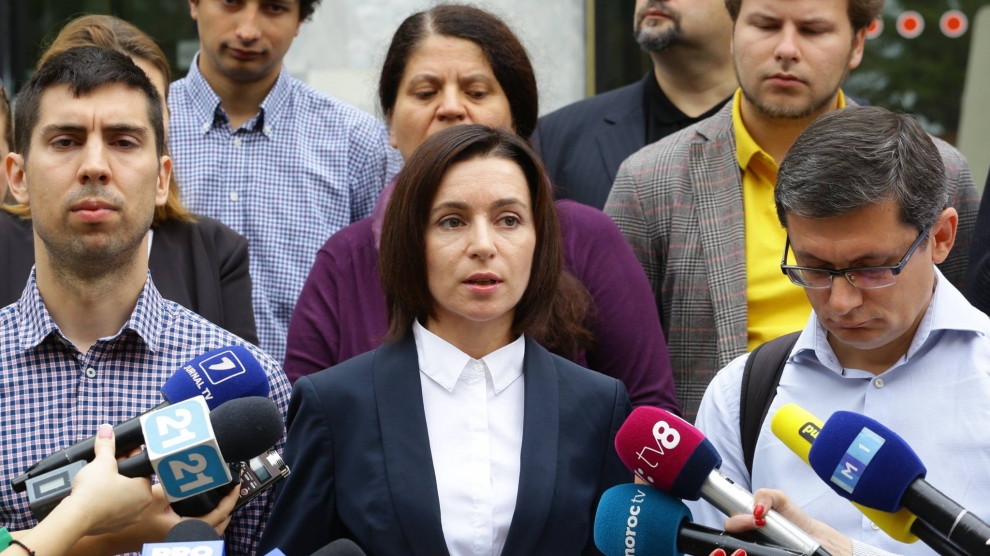 A government backed by Moldova’s Democratic Party, led by oligarch Vlad Plahotniuc, has said that it will leave office, allowing a new executive led by Maia Sandu (pictured above, centre) to take control of the troubled country. The announcement ends a week-long political crisis which began on June 8 when a majority of the country’s MPs voted to back a cabinet led by Ms Sandu, only for the country’s Constitutional Court to declare the new government unconstitutional the following day.

“The cabinet led by Pavel Filip has resigned, effective immediately,” said Vladimir Cebotari, the Democratic Party’s vice chairman on June 14. “We have taken into consideration the refusal of the other parties to negotiate a solution to this constitutional, institutional political crisis and believe that leaving office is the only legal way to end it.” Mr Filip’s government had been refusing to vacate state institutions, forcing the Sandu cabinet to meet in a room at Moldova’s parliament building.

According to Ionut Iordachescu, an AFP reporter in Bucharest, a Democratic spokesperson added that the solution offered by Mr Cebotari is merely “political” and that the “constitutional and judicial gridlock” will remain.

The new government is an unlikely coalition of the broadly centre-right ACUM alliance, led by Ms Sandu, which campaigned in Moldova’s March general election on an anti-corruption, pro-European platform, and the Socialist Party (PSRM) of President Igor Dodon, often said to be pro-Russian in its foreign policy outlook.

ACUM and the PSRM had planned to hold a major demonstration against the Democratic Party in the capital Chișinău on June 16.