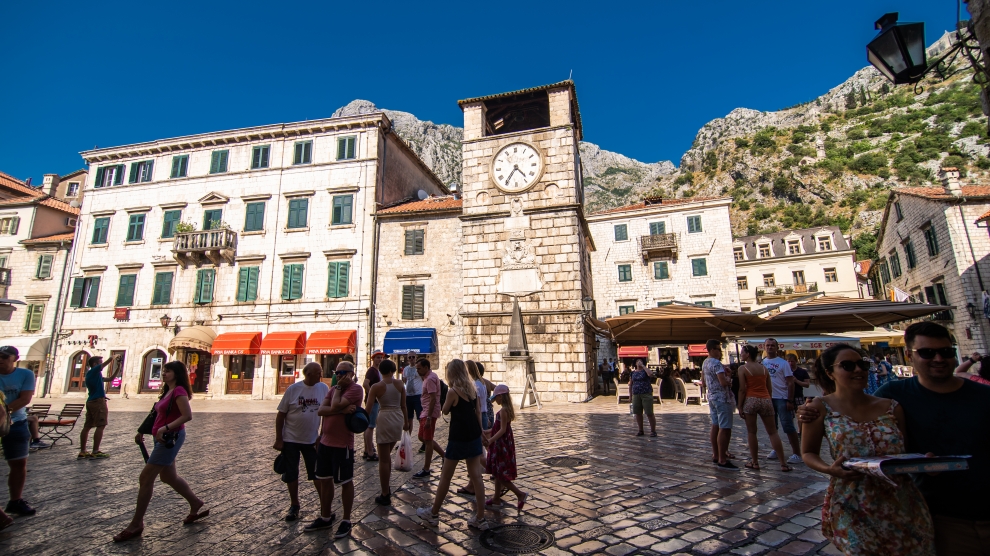 Parliamentary elections will be held in Montenegro on August 30 amid the ongoing coronavirus pandemic and heightened tensions with neighbour Serbia over a controversial religious freedom law.

Six parties and six coalitions will compete for votes, but the real contest will be between the ruling Democratic Party of Socialists (DPS), led by Montenegro president Milo Đukanović, and two opposition groups.

One group, For the Future of Montenegro, is comprised of two political alliances, the Democratic Front (or DF, composed of New Serb Democracy, Movement for Changes, Democratic People’s Party and True Montenegro) and the Popular Movement (United Montenegro, Worker’s Party, and some smaller right wing parties).

The group has supported protests, led by the Serbian Orthodox Church, against a religious freedom law which the church claims is a smokescreen for the eventual nationalisation of church property. The ruling DPS has accused DF of instigating the protests that date back to before the outbreak of the Covid-19 pandemic.

Also trying to beat the ruling DPS is Peace is Our Nation, a coalition consisting mostly of centre-left parties such as the Democrats (DCG), DEMOS, and New Left.

According to most recent polls, the ruling DPS hovers at around 35 per cent of vote, the DF-led coalition is in second place with 25.9 per cent, and the DCG-led block in third place with 15.5 per cent. If the polls are to be believed, no single party or coalition block will be able to form a government.

Other notable parties likely to clear the three per cent threshold to enter parliament are United Reform Action (URA) and the Social Democratic Party of Montenegro (SDP), with 7.5 and 3.1 per cent respectively. Minority parties such as the Bosniak Party and New Democratic Force, to which the threshold does not apply, will also gets seats in parliament.

“It goes without saying that DPS will again win the elections,” says Daliborka Uljarević, the executive director of the Centre for Civic Education (CCE), an NGO in Montenegro.

“The question which remains is whether this victory will be large enough for DPS to form a government alone, which I really doubt, or whether it would only need the support of its current partners – the minority parties and the Social Democrats.”

Currently, the ruling coalition in Montenegro’s parliament consists of DPS, the Social Democrats, and members from minority parties such as the Bosniak Party and New Democratic Force.

“It seems most likely to me that DPS will have seek out support among the opposition parties,” Ms Uljarević tells Emerging Europe.

But when it comes to votes, experts don’t expect a spillover from those dissatisfied with DPS and Đukanović to one of the opposition coalitions. Miloš Bešić, a professor at the Faculty of Political Science in Belgrade, says that these people are most likely to abstain rather than vote for DF or DCG.

He says that the actual result of the election will depend on how the independent parties, URA and SDP, fare as they might just have enough mandates to be able to help another block form a government.

Much of the public discourse in Montenegro over the last year was dominated by the church-led protests (which the church calls litanies) which started in December 2019. This February, the Bishop of the Serbian Orthodox Church in Montenegro, Amfilohije Radović, went so far as to call on voters to withhold their support for Mr Đukanović and his DPS.

While analysts say that these events have definitely weakened the ruling party’s support, especially among those who are loyal to the church, the impact of the protests and dissatisfaction with the religious freedom law is somewhat overstated.

“The law on religious freedom is one of the important subjects that will be reflected in the elections, but it’s hard to judge how important it will be. The coronavirus pandemic has shifted the priorities of citizens,” Ms Uljarević says.

According to research produced by the CCE, the majority of citizens describe the political situation in the country as “tense,” but what really worries them are unemployment, living standards, corruption and organised crime.

Voter turnout in Montenegrin elections are traditionally high, with the previous parliamentary elections seeing 73 per cent of those eligible turning up to vote. But this year, because of the coronavirus pandemic and the fact that Montenegro citizens who live abroad will not be able to return to the country to vote, turnout could be lower.

As is often the case, lower turnout hits ruling parties the heaviest. According to Ms Uljarević, these often overlooked factors might end up having a greater influence on the result than all the controversy surrounding the religion law.

With little more than two weeks to election day, the result will be known soon but according to analysts and polls, an upset is not expected and the Milo Đukanović-led DPS is likely to still remain in power. What does remain uncertain is which parties DPS have to ally with after the election in order to form a government.