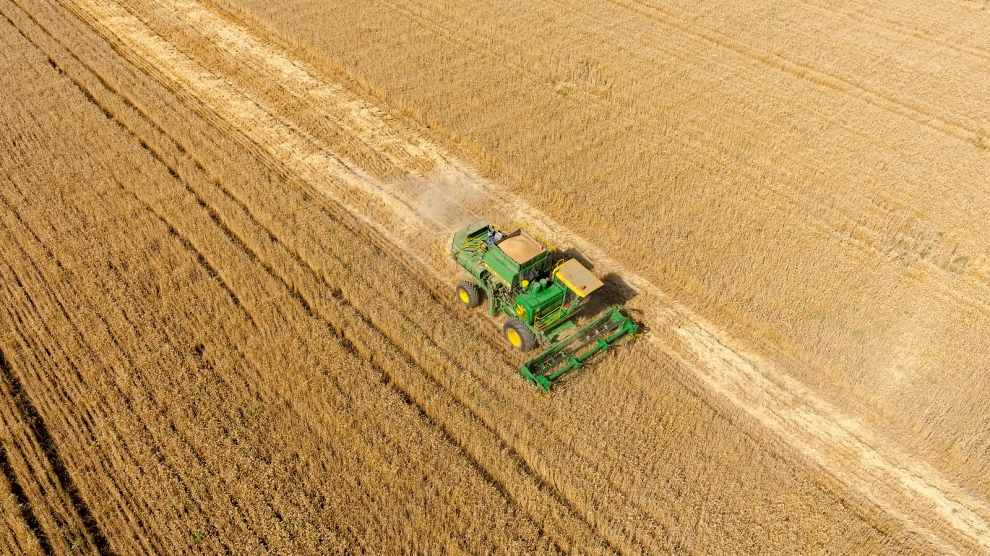 Currently, agricultural production accounts for 18 per cent of Ukraine’s economy. That share could reach 25 per cent if the state continues to support it. Prime Minister Volodymyr Groysman has already said that the government will continue programmes to help agricultural producers.

“The agri-sector is of key importance. I’m interested in having more such enterprises, so that we process raw materials, so that there are jobs in rural areas. This is all the guarantee of our success,” Mr Groysman said.

According to the government’s statistics, the industry employs 3 million people. Over the first six months of 2018, the growth of agricultural production amounted to 11.4 per cent, while the average monthly salary in agriculture in January-May 2018 stood at 6,524 Ukrainian hryvnia (or 210 euros), which is 24.5 per cent higher than in the same period 2017.

“Ukraine does indeed have huge potential in developing of agribusiness due to its fertile land, low cost of production and geographical position,” Andrew Zablotsky, a counsel coordinating agribusiness at Sayenko Kharenko Law Firm, tells Emerging Europe. “There are a few measures that would boost the growth of the sector, e.g. cancelling moratorium on farmland sales and introduction of land market; increasing investments in agri-logistics, infrastructure and food processing; deregulating the agri-markets; and increasing state aid and proving low rate loans for agri-producers, especially SMEs,” he adds.

Mr Zablotsky also believes the implementation of sanitary or phytosanitary (SPS) measures, and reducing technical barriers to trade as per the EU-Ukraine Association Agreement, as well as the opening of the Dnipro river as a transportation waterway ,would help.

“If we use the latest technologies, opening the land market and boosting low rate financing, Ukraine could double its agri-production within next 10-15 years,” he believes.