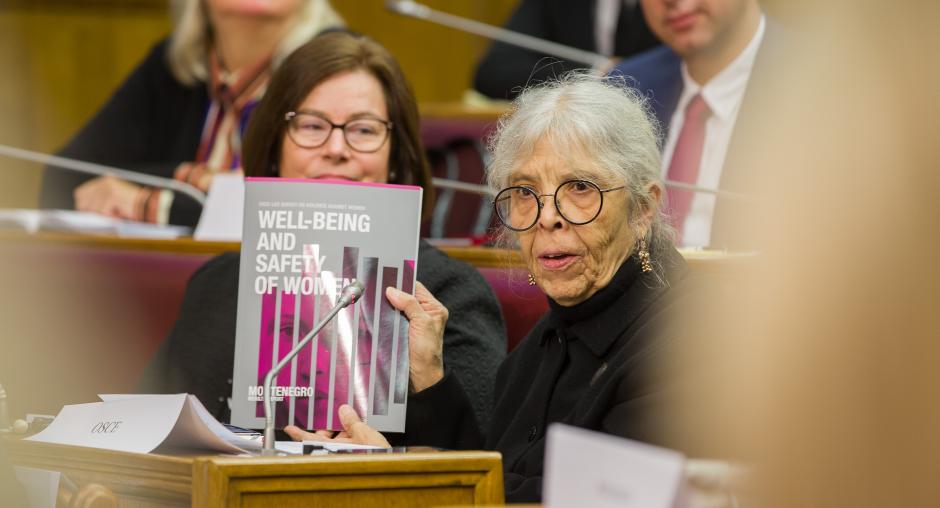 The Organization for Security and Co-operation in Europe (OSCE) called for equality rights in practice as well as joint efforts to combat violence against women in Montenegro.

“The OSCE recognises violence against women as both a threat to individuals and a broader security concern,” said the Head of the OSCE Mission to Montenegro, Maryse Daviet, in an address to the 11th session of the Women’s Parliament, held within Montenegro’s Parliament, as part of the 16 Days of Activism Against Gender-Based Violence international campaign.

According to the OSCE-led Survey on the Well-being and Safety of Women, women of all ages and from across Montenegro have experienced either physical or psychological violence.

“This data is crucial for policy, and lawmakers, for citizens, law enforcement agencies among many other stakeholders,” Mrs Daviet continued.

At the same time, the OSCE congratulated the Gender Equality Committee for leading the process to pilot gender responsive budgeting within the agricultural budget.

“This process is at the core of gender mainstreaming and the Mission remains committed to continuing furthering this co-operation with the committee and the relevant ministries,” added Mrs Daviet.

For Ivan Brajović, President of the Parliament of Montenegro, the date, 29 November, should be a reminder that women in post-war Montenegro and the then Yugoslavia gained the right to vote, became educated and participated equally in one society.

“Every day must be dedicated to fighting all kinds of violence in Montenegro. Our effort must be to make Montenegro a society that does not tolerate any kind of violence,” said Mr Brajović.

Montenegro also celebrated 100 years since women engaged in politics. In fact, the current Parliament has the highest number of women with 29.6 per cent of women MPs.