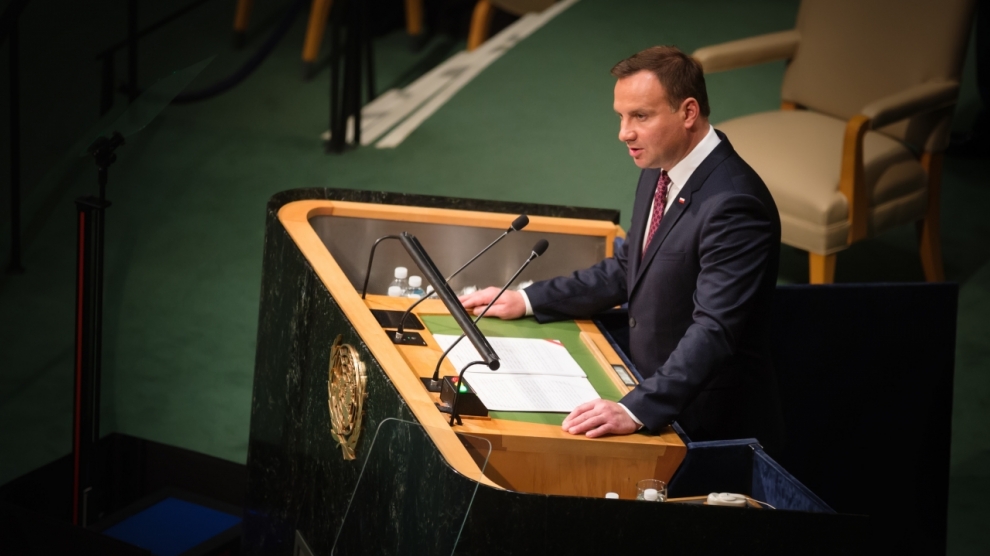 The UN climate summit is currently underway in New York as world leaders gather to discuss the future of the climate crisis and their various approaches of combatting it. Notably, the Polish president, Andrzej Duda, wants to speak at the summit, despite not being included in the draft agenda nor fulfilling the climate policy quota.

This year, the UN Secretary General introduced a rule for countries to “bring plans, not speeches” and has restricted the podium to leaders with firm plans to halt rising temperatures, achieve climate neutrality and to cut emissions by 45 per cent. However, the Polish head of cabinet, Krzystof Szczerski, has said that the president will submit proposals for climate action that the country has recently taken or is planning to take. However, the country’s climate policy has been deemed unacceptable in comparison to its international counterparts. Poland currently has no set date for the eradication of coal and its policies to reduce Co2 emissions have fallen short of expected standards.

Mr Duda is also set to attend a bilateral meeting with President Donald Trump, as are Finnish and Estonian leaders. While in the US, Mr Duda also plans to attend high-level talks on religious freedom chaired by Mr Trump and meet with representatives of Jewish organisations.

Despite Poland’s climate policy falling short of the summit’s requirements, two countries from emerging Europe, Lithuania and Slovakia, have made the cut.  Slovakian President Zuzana Čaputová is set to speak about “powering the future from coal to clean” and her nation’s shift to renewable energy.  Later on in the summit, the Lithuanian president, Gitanas Nauseda, is set to take the floor to present the country’s innovative methods.

The climate summit takes place just three days after the mass climate strike protests on the that called on leaders around the world to take a stronger stance on the climate emergency. Tens of thousands of Poles took to the streets to show their anger in at least 60 cities nationwide.

Globally, activists have estimated that a record four million people took part, casting a shadow of severity over the upcoming meetings in New York where pressure from the public to make a change has never been higher.