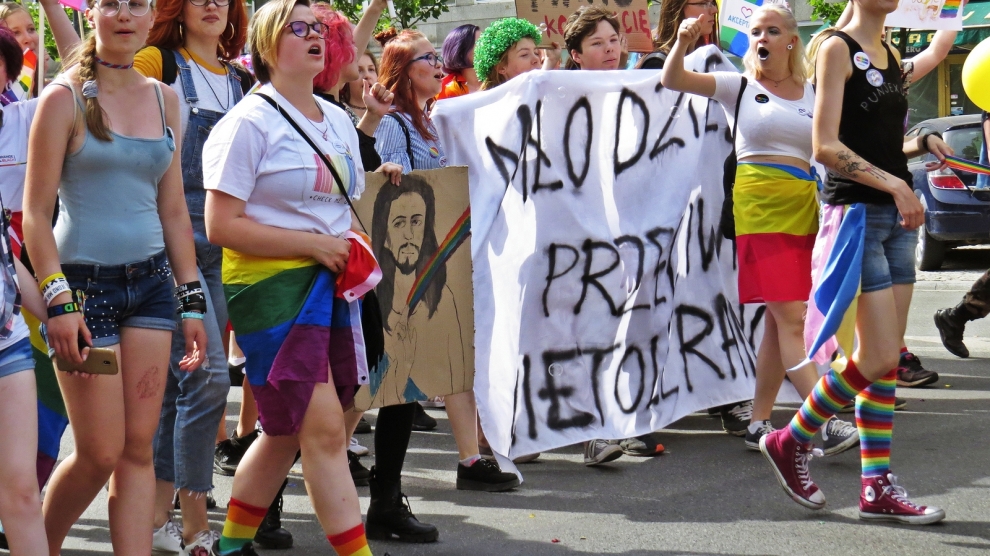 Poland’s ruling Law and Justice Party (PiS) has launched an attack on gay rights as part of its election strategy ahead of European elections in May and national elections later in the year. The approach echoes those of the party’s 2015 election campaign, where fearmongering of foreigners was at the heart of the party’s message.

PiS has never hidden the fact that it supports what it calls traditional values. Its latest attack on equal rights follows the signing, by Warsaw Mayor Rafał Trzaskowski in February, of a 12 point LGBT+ declaration which sets out the city’s policy on issues such as finding shelter for children who have been thrown out of their homes by homophobic parents, as well as bringing sex and tolerance education into the Polish capital’s schools based on World Health Organisation guidelines.

In a speech at the party’s annual convention, PiS leader Jarosław Kaczyński, Poland’s most powerful politician, warned voters that by supporting the opposition they would risk losing all their social benefits, and that they would allow nefarious forces to influence the upbringing of their children.

“Our opponents attack our social policy and, even worse, attack families. They even attack children,” said Mr Kaczyński, who called the LGBT+ declaration “unbelievable”.

Mr Trzaskowski was quick to defend himself against the accusations made by Mr Kaczyński.

“Until recently, PiS was threatening Poles with a phantom invasion by millions of immigrants. Today, he talks nonsense about alleged plans to corrupt children. In fact, [the LGBT+ declaration] is about tolerance – to protect our fellow citizens from hate speech, intimidation and lynching. Teach children that words hurt, and that there is no anonymity on the internet,” Mr Trzaskowski wrote on Facebook.

However, some influential people within the Polish opposition have also called into question the wisdom of Mr Trzaskowski’s signing of the declaration. Roman Giertych, a former right-wing politician who is now a lawyer for many top Civic Platform (PO) officials, warned in a Facebook post that the mayor’s move was a “terrible mistake”.

“PiS is sinking in scandals which are starting to reach the public, but it has now been able to pounce on the mistake of the mayor of Warsaw, with Jarosław Kaczyński saying that he will defend Polish children against the demands of the extreme left.”

Mr Trzaskowski does have his supporters, however.

“Only an open and diverse Poland, one that respects citizens can be strong. PiS – in a disgusting way – is building a campaign of hatred towards LGBT people. Instead of using sex education as a scare tactic, let them really protect children, for example by fighting against paedophilia in the Church,” Monika Rosa, a member of Nowoczesna, another opposition party, told Rzeczpospolita.