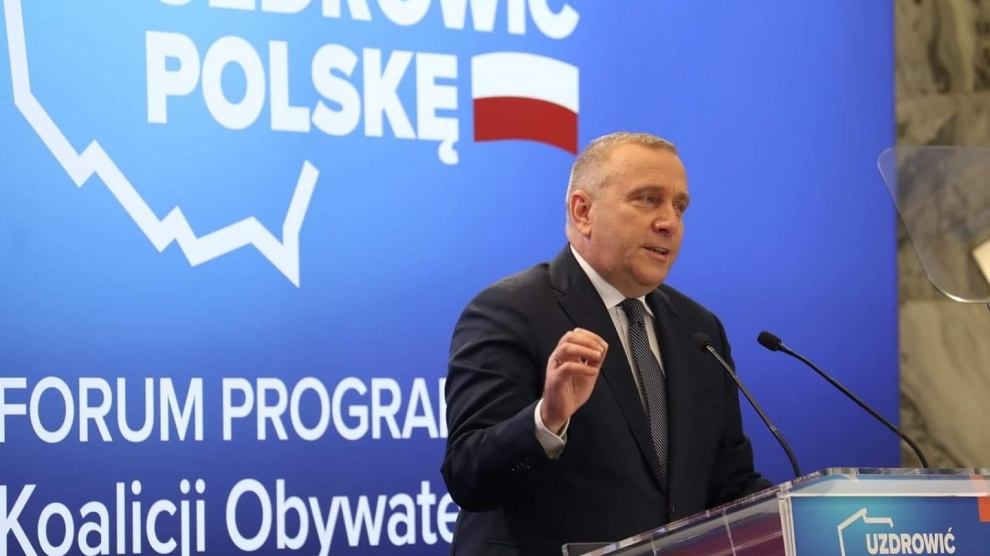 After a two-day forum concluded last week, the largest opposition party in Poland, Civic Platform, has launched a policy programme in preparation for parliamentary elections in October. The liberal-conservative party has outlined six key policy areas, dubbed the Schetyna’s six after leader Grzegorz Schetyna (pictured above), a clear reference to the ruling the Law and Justice (PiS) party’s Kaczynski five.

Civic Platform has vowed to dismantle many of the ruling PiS party’s reforms, particularly the recent changes to the judiciary which sparked outrage amongst liberal politicians and criticism from the EU. As the party explains on its website, “it is not enough to just be anti-PiS. Being anti-PiS does not reflect who we really are and what we’re talking about. In the next parliamentary elections, we want to reach the voters again, and present a clear political plan that will make Poles live better.”

The party went on to say that the policy programme is a culmination of years of work with technocrats and specialists, as well as emphasising the role of connecting with the population. “Over the last weeks we have been visiting cities and villages throughout Poland, listening to the voices of thousands of Poles.”

After eight years in power, Civic Platform lost the general election to Law and Justice in 2015, and recently suffered a defeat in the European elections, where PiS won 46 per cent to the united opposition’s 38 per cent.

Azerbaijan’s GDP grows by 2.4 per cent in first half of 2019
Ukraine’s shadow economy drops below 30 per cent of GDP
Comment