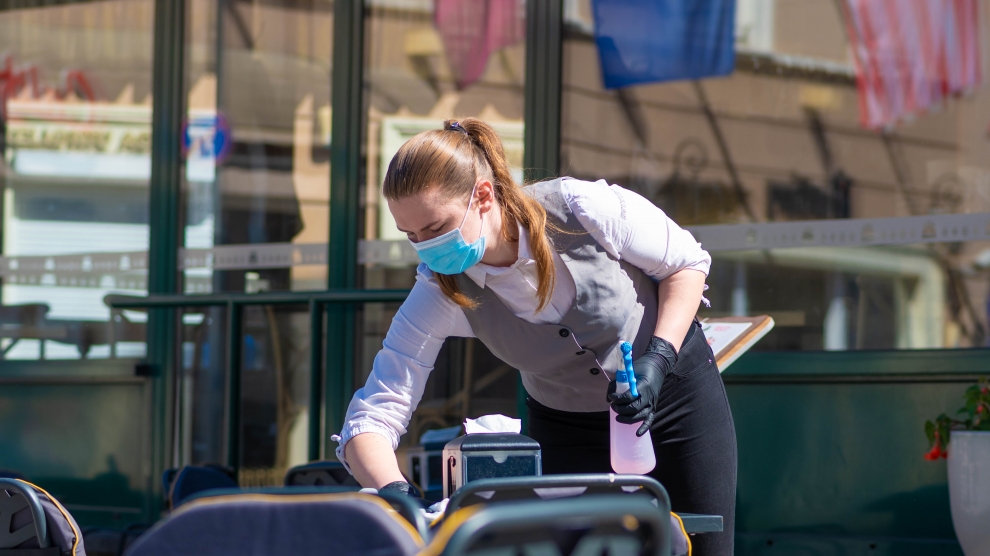 The resurgence of Covid-19 deepens uncertainty as the European Commission releases its latest forecasts.

Economic activity in Europe suffered a severe shock in the first half of the year and rebounded strongly in the third quarter as containment measures were gradually lifted. However, the resurgence of the pandemic in recent weeks is resulting in disruptions as national authorities introduce new public health measures to limit its spread. The epidemiological situation means that growth projections over the forecast horizon are subject to an extremely high degree of uncertainty and risks.

The economic impact of the pandemic has differed widely across the EU and the same is true of recovery prospects. This reflects the spread of the virus, the stringency of public health measures taken to contain it, the sectoral composition of national economies and the strength of national policy responses.

Lithuania and Poland: shielded, to a point

According to the forecast, the smallest fall in GDP anywhere in the EU is set to be Lithuania, where the economy will contract by just 2.2 per cent in 2020. Poland’s economy is also relatively well shielded, and is set to fall by 3.6 per cent.

Lithuania was the only euro area member state that did not see real GDP decline in the first quarter of the year. Measures to stem the Covid-19 pandemic and general uncertainty took their toll in the second quarter when real GDP contracted by 5.9 per cent, with a decline in domestic demand the key reason behind the slump. Private consumption was markedly affected by the closure of most retail shops and the catering sector during the lockdown and uncertainty about labour income, while a drop in investments was already recorded in the fourth quarter of 2019.

At the same time, net exports mitigated the situation as exports fell less than imports. One of the reasons for the resilience of exports was the relative stability of foreign demand for the lower value-added export goods that account for a considerable share of Lithuania’s industrial production. In addition, Lithuania is less dependent on inbound tourism. Timely virus containment measures at the start of the pandemic helped the economy as well.

Poland’s economy meanwhile has already begun to bounce back from the recession triggered by the pandemic, but the recent rise in infections could temporarily stall the recovery. The general government deficit however is set to deteriorate strongly in 2020 due to the economic downturn and the support measures adopted to mitigate the economic fallout of the pandemic.

Indeed, the only EU member states in emerging Europe that will see GDP fall this year by more than the bloc average of 7.4 per cent are tourism-reliant Croatia (9.6 per cent) and Slovakia, where automotive production has been hit (7.5 per cent). The biggest fall in GDP in the EU will be seen in Spain (12.4 per cent).

“This forecast comes as a second wave of the pandemic is unleashing yet more uncertainty and dashing our hopes for a quick rebound. EU economic output will not return to pre-pandemic levels by 2022,” warned Valdis Dombrovskis, the European Commission’s executive vice-president for an economy that works.

In highlighting the Commission’s recovery package, Next Generation EU, which he said will provide “massive support to the worst-hit regions and sectors” Dombrovskis also called on the European Parliament and Council to wrap up negotiations quickly so that “money can start flowing in 2021 and we can invest, reform and rebuild together.”

Such sentiment was repeated by economics commissioner, Paolo Gentiloni, who added: “After the deepest recession in EU history in the first half of this year and a very strong upswing in the summer, Europe’s rebound has been interrupted due to the resurgence in Covid-19 cases. Growth will return in 2021 but it will be two years until the European economy comes close to regaining its pre-pandemic level. In the current context of very high uncertainty, national economic and fiscal policies must remain supportive, while Next Generation EU must be finalised this year and effectively rolled out in the first half of 2021.”

Uncertainties and risks surrounding the autumn forecast remain exceptionally large. The principal risk stems from a worsening of the pandemic, requiring more stringent public health measures and leading to a more severe and longer lasting impact on the economy. This has motivated a scenario analysis for two alternative paths of the pandemic evolution – a more benign one and a downside one – and its economic impact.

There is also a risk that the scars left by the pandemic on the economy – such as bankruptcies, long-term unemployment and supply disruptions – could be deeper and farther reaching. The European economy could also be impacted negatively if the global economy and world trade improved less than forecast or if trade tensions were to increase. The possibility of financial market stress is another downside risk.