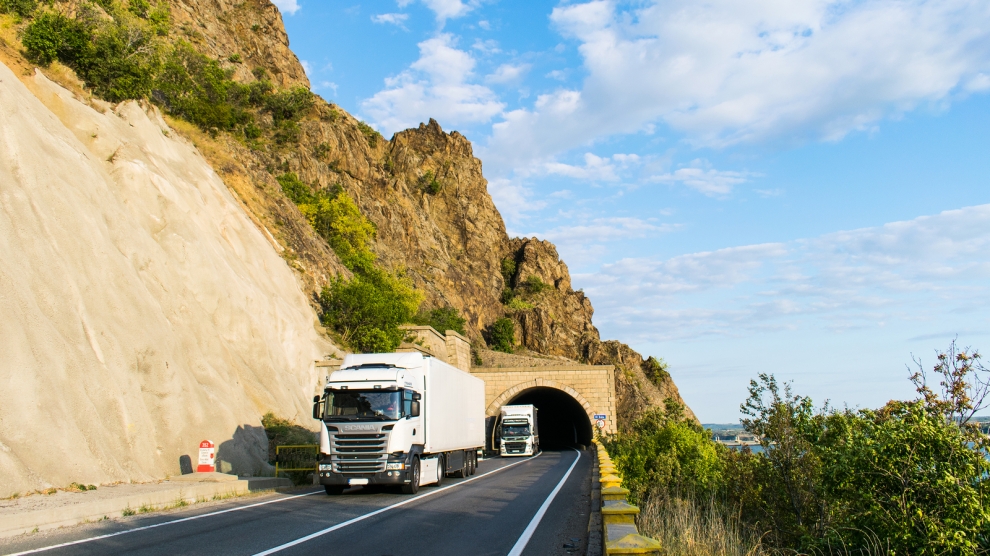 Romania has the highest road deaths per capita in the European Union. Can one man’s campaign for motorways make the country’s roads not just faster but also safer?

Listen to the full podcast here.

Neighbours in the time of cholera. Gdańsk and Kaliningrad

Since July 1, it has been possible to to enter Russia’s Kaliningrad Oblast with a free electronic visa. This could be a new chapter in the relationship between Gdańsk and its Russian partner.

For political guidance, Romanians look to the stars

In a tumultuous double-election year, with a governing party leader in legal trouble, Romania’s TV news channels are increasingly turning to analysts with a long track record: astrologers.

Central and eastern European economies are said to be decoupling from western Europe as consumption-led growth replaces the export-driven model. But will domestic spending suffice to fend off a slowdown in the eurozone?

A Hungarian border guard, 600 East Germans and a picnic that split the Iron Curtain

It is nearly 30 years since Arpad Bella, then a border guard officer in communist Hungary, made a split-second decision that nudged the course of history in favour of hundreds, and perhaps ultimately millions, of people.

Molotov-Ribbentrop: why is Moscow trying to justify Nazi pact?

Eighty years after the Soviet Union and Nazi Germany signed a non-aggression treaty dividing Europe into spheres of influence, Russia has put the original Molotov-Ribbentrop pact and its secret protocol on public display.

Zdeněk Hřib is the first mayor of Prague to come from the Pirate Party. In his post for only ten months, Hřib has already drawn the attention of international media mainly due to his opposition to the growing Chinese influence in the country.

At 10.25 p.m. on March 15, 2008, Strahinja Raseta approached a security guard at the front door of the main post office in the Croatian coastal city of Split and asked for some advice about motorboats. Eighteen minutes later, Raseta and six accomplices were two million euros richer.

Some parts of emerging Europe – namely Ukraine, Moldova, Georgia, and Azerbaijan – so far remain in a grey zone between the Western and Russian spheres of influence.

Could elections in 2020 be the start of cautious political change in Belarus?

Elections in Belarus are traditionally administrative rituals. However, amid growing tensions with Russia and increased discussion of a future presidential transition in Minsk, the upcoming Belarusian parliamentary and presidential votes may be the start of cautious political change in the country.

Ancient Saxon villages and rustic cuisine are luring travellers to the bucolic region in Romania.