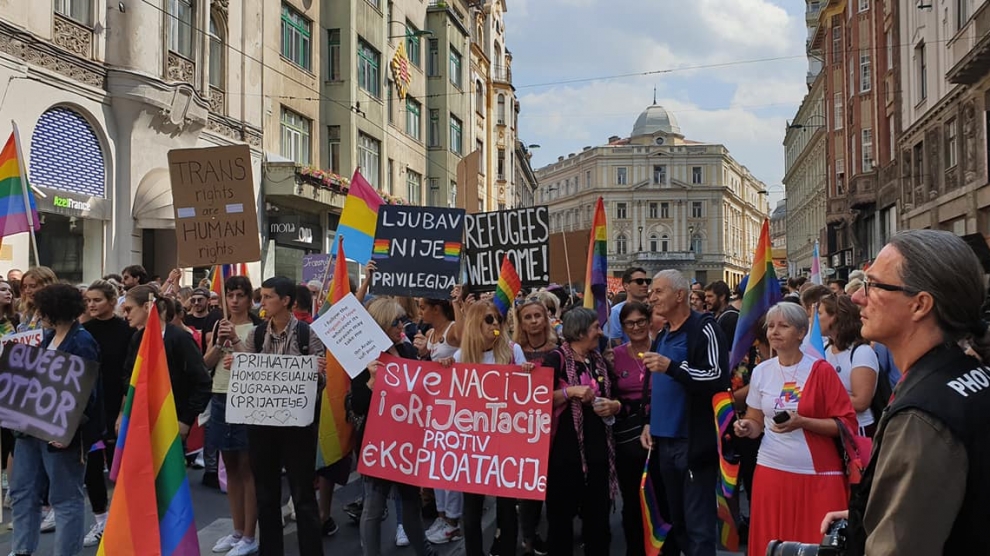 At least 2,000 people took part in Bosnia and Herzegovina’s first gay pride event on September 8, defying threats of violence to march, sing and wave rainbow flags in the first event of its kind to be held in the predominantly Muslim city.

Lejla Huremagic, who helped organise the event, said its message was one of solidarity and support for a society without the violence and discrimination that she said LGBT people face in Bosnia.

“If there was no violence I wouldn’t be here today,” she said in a speech. “This gives us strength and faith that prejudice against us will start to wane and that it will become better for all of us.”

No violent incidents were reported at the event, which was attended by both the US and UK ambassadors to Bosnia and Herzegovina, although a small counter-demonstration, organised by an extremist Islamic group, was held in another part of the city.