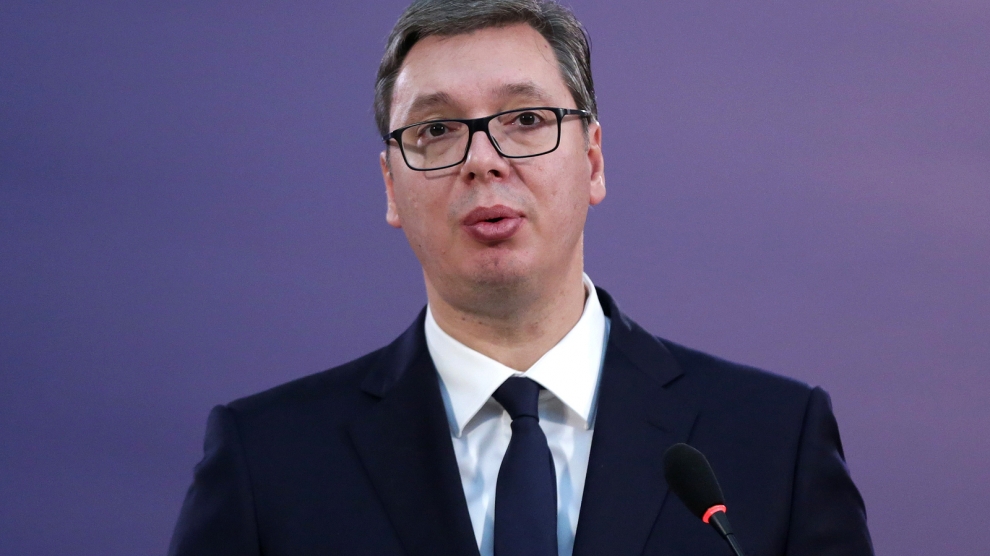 Serbia’s president, Aleksandar Vučić, has told the country’s parliament in no uncertain terms that it needs to accept that it has lost control over Kosovo, and that it must seek a compromise to normalise ties with its former province, Reuters has reported.

“We need to recognise that we have been defeated. We lost the territory,” Mr Vučić told parliament during a special session dedicated to Kosovo.

“I do not want to continue with lies and deceit. I have told everyone: There is no Serbian authority in Kosovo except in hospitals and schools,” he said.

Kosovo declared independence in 2008, almost a decade after NATO air strikes wrested control of the territory away from Belgrade, ending a brutal counter-insurgency by Serbian security forces.

But Serbia, which under its constitution considers Kosovo an integral part of its territory, has been blocking Kosovo from membership of international institutions including Interpol and UNESCO. It also still provides financial aid to Serbs in Kosovo.

Serbia, however, which hopes to join the European Union by 2025, needs to resolve the ongoing dispute over Kosovo before it can do so.

Kosovo meantime has indicted an ethnic Serb accused of committing war crimes against ethnic Albanian civilians during the 1998-99 war.

Kosovo’s special prosecutor said that the suspect, identified only as Z. Dj., was accused of participating in atrocities committed in the town of Peja, about 85 kilometers west of Prishtina, in March-April 1999.