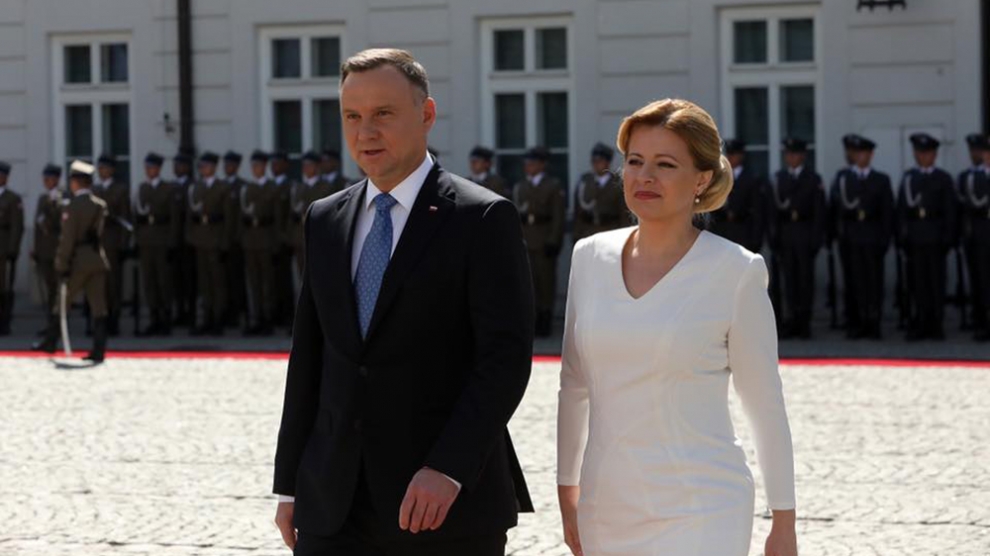 The president of Slovakia, Zuzana Čaputová, said on July 15 that it was “not a good result” that none of the new leaders of the European Union will come from the Visegrád Group, or V4, comprised of the Czech Republic, Hungary, Poland and Slovakia.

Ms Čaputová was speaking during a visit to Warsaw, where she met Polish President Andrzej Duda and Prime Minister Mateusz Morawiecki for talks on challenges facing the EU, on security and relations with Russia, as well as regional matters.

“A unified voice of our region could be more powerful than the individual voices of the countries. But at the same time I must say that there are differences among us,” the Slovak president said.

She added that Slovakia “sees its place in the EU, is fully integrated in the block”, which was a “different position than that of the other countries in the Visegrád Group”

Ms Čaputová’s visit “was proof of how much importance the president places, immediately after taking office, on what is also important to us, namely regional cooperation and cooperation as part of the European Union,” Mr Duda said in a joint press conference with the Slovak president.

Among other topics discussed with Mr Duda and Mr Morawiecki were economic cooperation between the two countries, infrastructure development and climate change. Ms Čaputová is a former environmental activist.