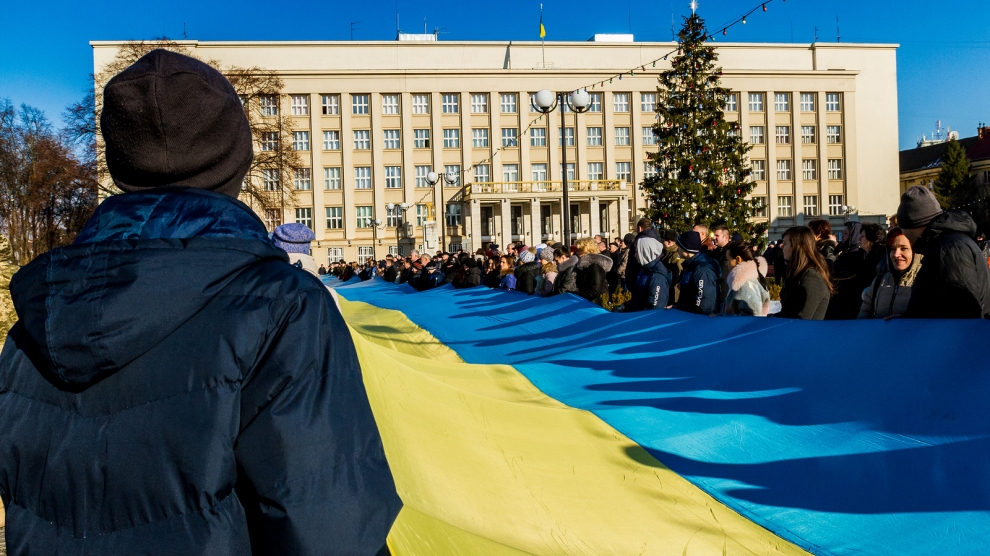 Ukraine’s Cabinet Secretary Oleksandr Saienko told a meeting of donor governments in London on March 26 that the country had made good progress on a wide-ranging reform programme, and was ready to move to the next phase.

“We have made good progress and now it is time to secure and expand our gains,” said Mr Saienko. “In phase two of the reform programme we want to focus our efforts on priorities such as privatisation, effective corporate governance of state-owned enterprises, public administration reform and improvement of the business climate. We also want to widen the scope of the programme by introducing support teams to new ministries and agencies focused on other priority reforms for 2018. These teams are not only critical for the delivery of our reform priorities but they are also the talent that will form the backbone of a modern, professional and effective civil service.”

The elements of the reform architecture are financed by the Ukraine Stabilisation and Sustainable Growth Multi-Donor Account, established by the European Bank of Reconstruction and Development (EBRD) in November 2014 to support Ukraine’s efforts to reform its economy, improve its business climate and return to a path of sustainable growth. Contributors to the fund are Denmark, Finland, France, Germany, Italy, Japan, the Netherlands, Poland, Sweden, Switzerland, the UK, the United States and the EU, the largest donor.

EU Commissioner for European Neighbourhood Policy and Enlargement Negotiations, Johannes Hahn, said: “The Association Agreement brings the EU and Ukraine closer and opens up the potential for ever stronger cooperation. To reap the full benefit of the Agreement, Ukraine needs to adopt many, often difficult reforms. We remain committed to helping Ukraine build stronger governance, a stronger economy and a stronger society. Public administration must be inclusive, transparent, scrupulously honest and accountable, and it must deliver quality services to all Ukrainian citizens. Ukraine’s future and the success of its reform process depend on dedicated Ukrainians working with enthusiasm and engagement for their country’s future.  We are helping them to build a stronger Ukraine.”

EBRD President, Sir Suma Chakrabarti, added: “The focus must continue to be on reform and implementing reform. We welcome the systematic and gradual approach taken by the relevant institutions and the care that has been attached to communicating and demonstrating the benefits of an efficient, transparent and accountable state administration. This is one of the preconditions for Ukraine to come into its own and start fulfilling its vast potential.”