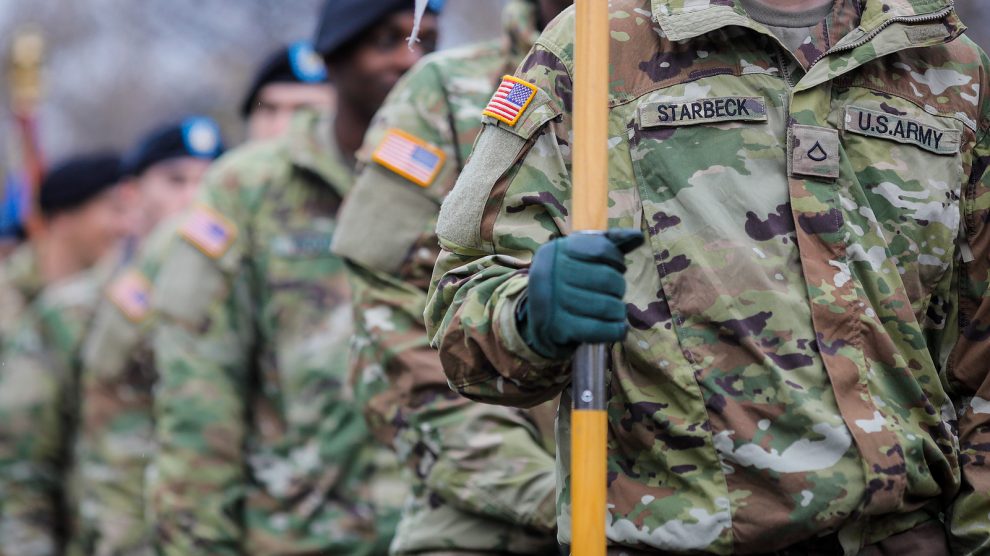 Polish President Andrzej Duda on Thursday said he proposed a bill to close the the Supreme Court’s disciplinary chamber in a bid to end a dispute with the European Union. Critics say the chamber allows for the dismissal of judges on political grounds. It became a flashpoint of tensions between Poland and the EU. The EU’s top court had ordered Poland to pay a fine of one million euros per day for not suspending the disciplinary chamber.

The prime ministers of Poland and Czechia said on Thursday they have signed an agreement settling a long-running dispute over a lignite mine on the border of the two countries. Polish Prime minister Mateusz Morawiecki said the agreement means that the Turów open-pit mine and the adjacent Turów power plant, which is fueled by the mine, will continue to operate without obstacles. Locals, however, are unhappy.

Splitting sharply from his NATO allies, Prime Minister Viktor Orbán of Hungary said on Tuesday that proposed sanctions against Russia if it takes military action against Ukraine would be “doomed to failure” and that Russian security demands were reasonable. Visiting Moscow, Orban met privately for five hours with President Vladimir Putin of Russia, and afterward said at an amiable news conference with Putin that he “did not see any intention” for Russia to escalate the conflict with Ukraine.

France hopes a deal to sell four warships to Romania for 1.2 billion euros will be concluded soon, as the two sides look to ensure security in the Black Sea, Foreign Minister Jean-Yves Le Drian said on Thursday. Defence firm Naval Group won the contract to build four Gowind navy corvettes for Romania as well as renovate two existing frigates in 2019 in partnership with Romanian company Santierul Naval Constanta, but the deal was held up pending legal challenges.

Romania, one of Europe’s largest gas producing countries, could become import-dependent in the next decade if it does not urgently reform its taxation system and encourage offshore production and fracking, according to Dumitru Chisălița, president of Romania-based Asociația Energia Inteligentă. He said the country’s annual demand was likely to increase by 25-30 per cent to as much as 18 billion cubic metres (bcm) by 2030. This compares with 12bcm consumed over last year.

The European Court for Human Rights, ECHR, on Thursday ruled that Croatia does not have to give a writer access to the classified transcripts of the late President Franjo Tudjman’s conversations. Vladimir Seks, a former politician, wanted access to the documents for a book he is writing on the foundation of modern Croatia. Tudjman led the former Yugoslav republic to independence in the 1990s via a bloody war with the Yugoslav army.

The US decision to deploy more than 3,000 US troops in Germany, Poland and Romania is a “destructive step” that makes it harder to reach a compromise over Ukraine, Russia’s deputy foreign minister has said, as Moscow continues to build up its forces. The US said on Wednesday it was sending 1,700 troops from the 82nd Airborne Division to Poland, while a headquarters unit of about 300 from the 18th Airborne Corps will move to Germany and a 1,000-strong armoured unit was being transferred from Germany to Romania.

Russia is massing nuclear-capable missiles along with 30,000 troops in Belarus, NATO has warned, amid fears of a huge refugee crisis if Ukraine is invaded. Jens Stoltenberg, NATO general secretary, said on Thursday that Russia has already deployed thousands of troops including Spetsnaz special forces, along with Iskander missiles that can be tipped with nukes, fighter jets, and S-400 anti-aircraft systems. Intelligence suggests that Putin will grow that force to 30,000 troops within the coming days, Stoltenberg added, saying it represents the largest Russian deployment in Belarus since the Cold War.

A multimillionaire Azerbaijani politician and his family have been ordered to hand over 5.6 million UK pounds of suspect funds brought into the UK via a complex money-laundering scheme nicknamed the “Azerbaijani laundromat”. A judge on Monday ordered that Javanshir Feyziyev and his family forfeit 5.63 million UK pounds held in various bank accounts after ruling the funds “arise from criminal conduct” and “money laundering”. The National Crime Agency said Feyziyev, a serving member of the Azerbaijan parliament, brought millions of pounds of illicit wealth into the UK via the laundromat.

Estonia plans to impose unilateral sanctions and call on the European Union to expand its own penalties against Belarusian oil products that are currently being transported through the Baltic nation’s territory. In doing so, the government in Tallinn joins fellow EU member Lithuania in raising pressure on Belarus. That country’s leader, Alexander Lukashenko, became the target of measures after claiming victory in a 2020 election widely condemned as fraudulent – and for mounting what Western officials have called a hybrid attack by helping immigrants cross the EU’s eastern border.

Lithuania’s government voted on Wednesday to pledge a total of 40.4 million euros to help people buying solar panels, as demand is booming to help alleviate rising energy prices. It has originally allocated 5.4 million euros to cover part of the cost of rooftop solar panels this year, which turned out not nearly enough to cope with demand for solar power, boosted by the global spike in energy prices.

European Union and US envoys urged Kosovo on Wednesday to implement a deal granting more autonomy to Serb-majority municipalities that was signed as part of a normalisation process between Prishtina and Belgrade. Ethnic Albanian-majority Kosovo declared independence from Serbia in 2008 after a late 1990s uprising. Kosovo committed to EU-mediated talks in 2013 to resolve outstanding issues but the process has stumbled over concessions to Serb municipalities.

Serbia’s state prosecutors have rejected suggestions that Novak Djokovic used a fake positive test for Covid-19 to try to enter Australia and compete in the Australian Open. The prosecution office said that it had received a request for criminal proceedings against unnamed individuals who allegedly forged two PCR certificates, which were later used by Djokovic to apply for a medical exemption from vaccination when entering Australia.

The parliament of Bosnia and Herzegovina’s Serb-dominated entity – Republika Srpska – has voted to allow Bosnian Serb representatives to retake their place in the central state institutions, on condition that they represent decisions adopted by the Serb entity’s governing bodies. Bosnian Serb political representatives in July announced a boycott of all central institutions in the country over a decision by the outgoing UN high representative for Bosnia to ban genocide denial related to the 1995 Srebrenica massacre in which some 8,000 Muslim men and boys were slaughtered by Bosnian Serb forces.

Kazakhstan says it has launched nearly 100 investigations into alleged illegal detentions and rights abuses of those arrested during and after the deadly anti-government protests last month, heeding the demands of domestic and international human rights groups. Answering a call from Human Rights Watch earlier this week to thoroughly investigate the complaints, the Kazakh Foreign Ministry said in a February 3 statement that it would meet the request of the international watchdog, which echoed similar demands from other human rights groups.

Uzbekistan’s rear-guard battle against TikTok continues apace. A political party this week issued a call for the government to block access to the popular Chinese-owned video app and urged officials to ban censorship-ducking VPN software for safe measure. In making its case, Adolat (Justice), the third-largest party in Uzbekistan’s parliament, said in a statement that the “hysteria of TikTokerism” was having a detrimental effect on young people.