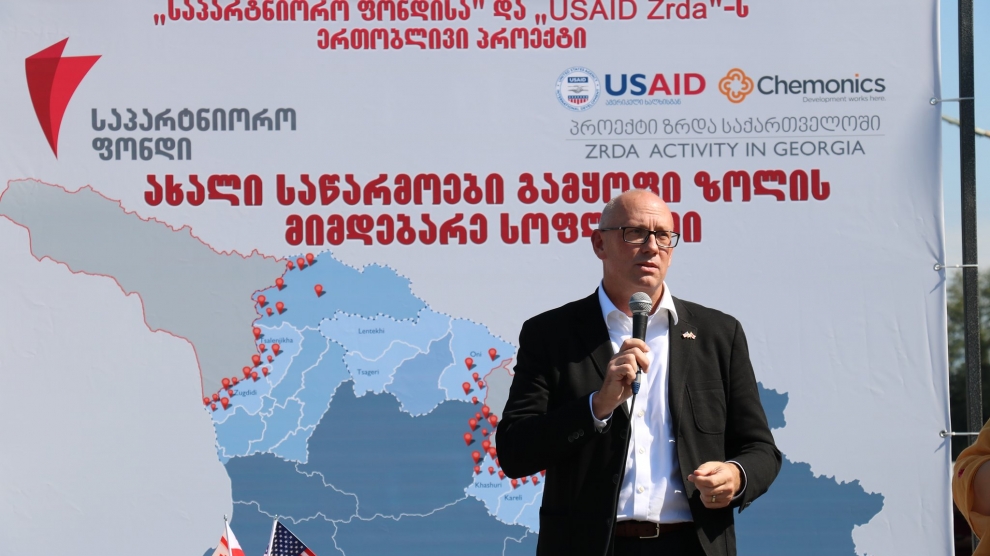 The US government has announced plans to provide 500,000 US dollars of funding for new Georgian enterprises operating along the border of the Russia-occupied Tskhinvali (South Ossetia) and Abkhazia regions, agenda.ge has reported.

The project funding will be provided by the US-Georgian Partnership Fund and USAID Georgia, and aims to increase investment and supporting employment opportunities along the occupation line.

“Residents along the occupation line need special support,” the US Embassy to Georgia said in a statement.

“This is an example of what private sector-led development can and should look like in Georgia,” USAID Mission Director Peter Wiebler stressed when presenting the project in the village of Rukhi, near Russian-occupied Abkhazia territory.

The funding will be distributed for innovative business plans by Startup Georgia, a daughter company of the Partnership Fund.